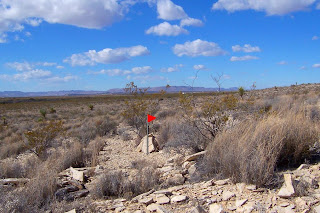 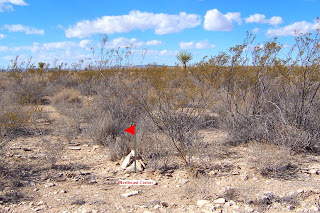 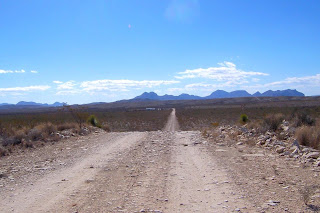 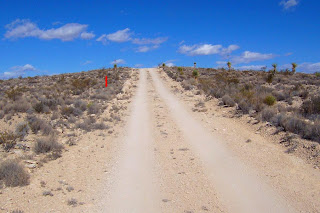 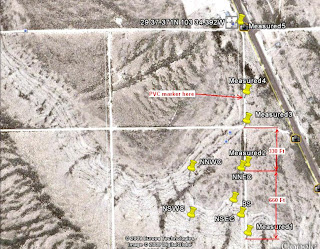 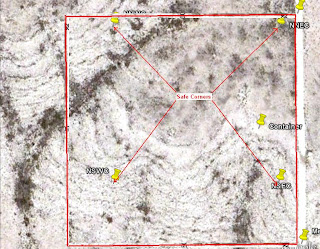 The new measurements are in and it looks like the coordinates I got for the land may be closer than either Just Me or myself thought they were? These measurements were taken from the edge/corner of the road running in front of the property and the road coming off of 118. Now... there was the split 10 acres between my property and that road to contend with, but assuming the half between my property and the road is actually 330 feet then adding another 660 feet to it would give the new marking point (Southeast corner) on the aerials and where the other pictures show the rocks I piled up with the added graphics stake & flag. It still doesn't change anything because I'll still be staying in the safe zone to live and build. The rest of the land will more or less stay unchanged. I like the place I chose real well and no coordinates I / We have come up with yet says it wouldn't be safe to use that area. In either case the closest anyone else could build near me would be well down the hill at the bottom of the road or build on short and long stilts one. Also I'd be far enough away from the other end (northeast) that it probably wouldn't bother me anyway. Only thing that even half way concerns me now it that the military is training with the B-1 Bombers in that area. Sure hope they don't do night training there. That might be the pits because they are pretty loud.

And on a side note.... This RV feels like it could take off any minute. Worst I've experianced yet by far! The sand storm reminds me of the ones we used to go through in the Odessa/Midland Texas area! Its also out of the northwest which means its broadsiding the RV. Looks like we could get some rain also and I think that may have been predicted. If it does then I'll get to see if the access to and from the land is effected by it.