What we've got here is FAILURE! * 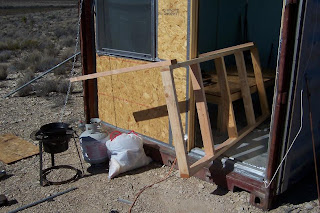 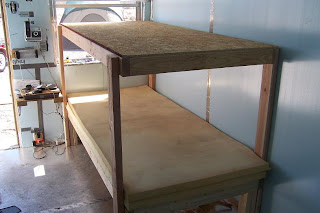 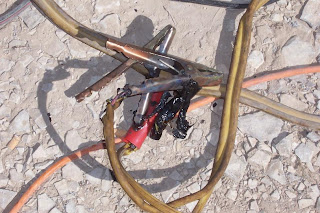 Another one of those days, but I did get something accomplished. That was getting my bed turned in to a bunk bed since my brother in law will be bringing me a couple of burn barrels and a welder that will run on my generator. First problem came when the charger I built kept dieing so I had to mess with that. Then wanted to check the voltage on both banks so disconnected the jumper cables from one bank and just threw them down. What a dope! Ever seen a set of jumper cables fry? Anyway I didn't notice that and it completely drained the main bank so I had to recharge it once I got the charger to keep running. Then I got the top part of the bunk built and couldn't get it through the door so had to dissemble it and bring it in here and reassemble it. It has been pretty nice here so far, but the wind is getting up some. Not sure I'll try to get anything else done or not, but I had intended to put up a clothes line. I can handle going to the laundry and washing, but that last 40 minutes waiting for the clothes to dry is a real DRAG! I figure I'll start washing in Study Butte and then dry the clothes on a line here. At least I could spend the extra time doing something worth while around here. 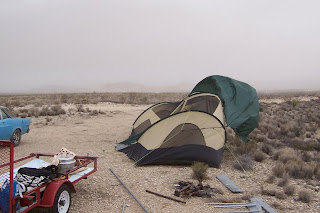 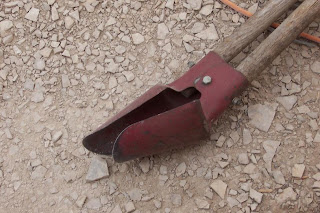 Well Folks! That ain't fog you see  in the picture of the mountain. Its sand! We just got hit by one of the infamous Terlingua SAND storms! Not only that, but as you can see in the picture of the guest house the guesthouse won't survive this wind. Its a direct side shot. Not only that, but right after I snapped that photo my trailer took off like a schooner and rammed it tongue first ripping it up even worse.

The prop rod for holding the north door of the container open blew down and the door blew around and slammed shut mangling the post hole diggers that had also been leaning up against it to. Took all I could do to buck the wind opening it back to the container side and then trying to prop it back against the side of the container. I had to chase down my 5 gallon gas can, my bedding which had been on the trailer and the solar lights in front of here are scattered to the wind, but I'm smiling that old Luke Smile. ;)

Dale, looks like you'll need to get here early so we can build a couple more bunks for in here.

After the sand & rain 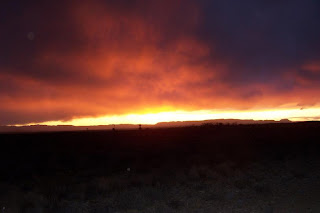 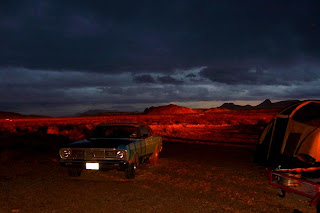 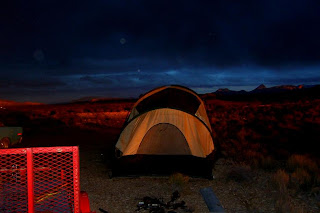 The end of another day!
Posted by tffnguy at 3:01 PM