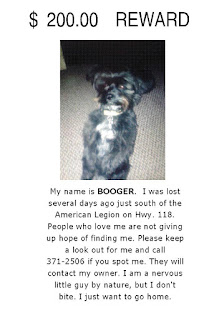 He was last seen on the 16th headed south east through the desert. He is part chiwawa so is a fairly small dog. 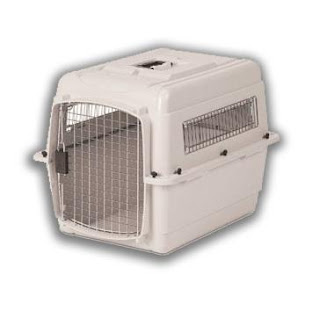 He was supposed to be my new dog and was dropped off here by my friend Susi along with a carrier like the one above. He hadn't been here to long and it was starting to get dark so I was going to put him in the carrier since I had the door to this cabin open. I couldn't get him to go in the carrier so tied his leash to the handle on the top and stepped out to use the facilities in the trailer. I hadn't no more than got around the corner when I heard a loud CRASH Bang and the sound of the carrier being dragged along. I ran back around to the front and saw him running around in circles with the carrier in tow so tried to grab him without success. I grabbed the carrier and he turned facing the carrier and pulled his head out of the leash and was gone in a flash. I assume he had thought the carrier was a monster chasing him.

He is a good little dog, but is extremely skiddish and had probably been abused before he was rescued by Susi.