End of the Road

We made it out to the property yesterday and got the road (Elna Rd) brush hogged and the only problem now is all the thorns that got shredded from small mesquites that were in the road. The tractor tires picked up a bunch of them on the way back. I guess I named the roads wrong. Thorne Rd. doesn't have any thorns and Elna Road has a lot! I plan to start going back out there and walking that road and trying to find any parts of the shredded mesquites and get them out of the road before taking the falcon to the land. I'll also take an ax and chop off the stubs while I'm at it. Now that its been brush hogged the road is in plenty good enough shape for the car to handle it. For safety sake I'll probably also green slime all four tires and I have two spares in the trunk for even more safety. Also I think the trike will handle the road so hopefully I'll be able to get it here to once I can get something to live in there. That will at least give me a backup vehicle in case of a breakdown or emergency until I can get a beater 4x4. Now if I can ever get a decent connection here I'll post this and some photos. Unfortunately it will probably still be at least another month before I can pull off the move. The one Photo shows a natural drainage ditch through the property. It appears to be several feet deep and perhaps would lend its self to collecting rain water via pump like John Wells does to his road.

On another note today is my brother in law's birthday and Sunday is mine so we celebrated a good bit by tipping beer cans and last night went to the Ghost Town Trading Post for a few more beers on the famous Porch there. I recognized a few of the people from the 24 Hours in Terlingua video found on YouTube. 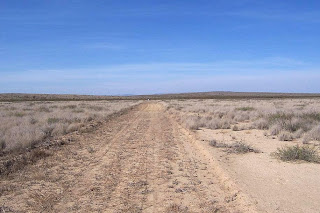 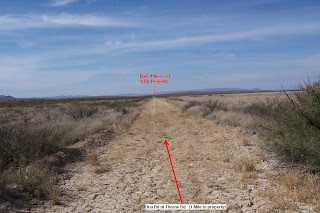 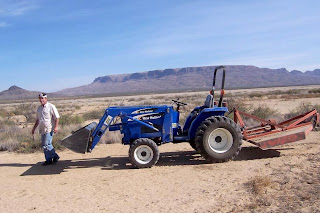 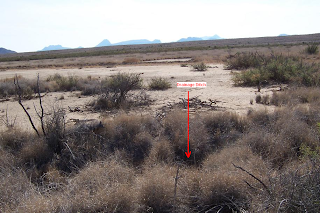 Had a visitor tonight. I call  The Beer Drinking Butterfly! I caught her drinking my beer (first picture) and had to send her on her way in the second one. 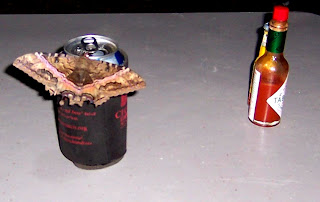 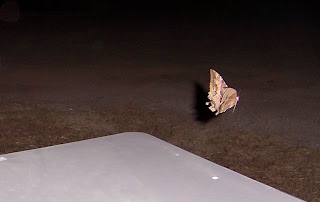