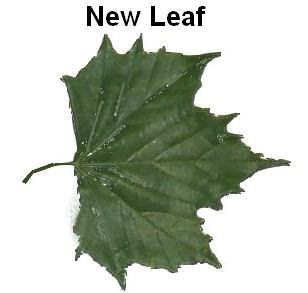 Ok I've decided that I need to move on and start posting something positive for a change other than all of the gloom and doom. I'm turning over a new leaf. Not to say I won't post any other problems I may run in to along the way though. Below are a very small number of projects I've done within the last few years, but missing are a few go carts from scary fast to small utility vehicles. I don't have any of the pictures of that stuff here. Or the wind generators, solar panels and stuff like that I've built. Maybe when I can get my other computer here I can find pictures of those. Better yet maybe before long I'll be able to build more for the land.

I built the small chopper sitting by my X shadow some years back. Sold it as well as most of the other stuff some time back. 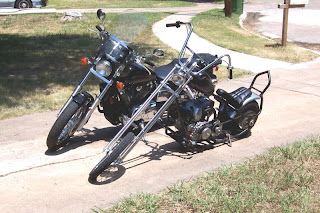 Built this from scratch to and sold it a while back. 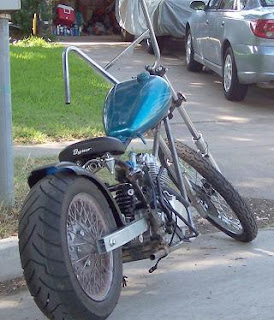 Had a lathe which I sold before the move because it was too damned heavy to bring with me. One of the projects I did with it is the billet replica of a .50 cal machine gun round. The picture below that is of it and the real thing I modeled it after. 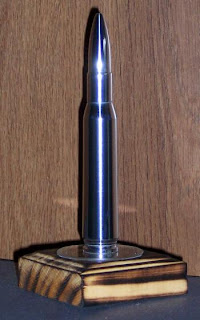 My X neighbor and friend's son named this thing "The Thing" of all things. I wonder why. It would have been great for helping clear the road and land, but unfortunately I cut it up and scrapped most of it to make room in the moving truck. I hadn't counted on the road or lack of it when I did that or I'd have probably left something else behind so I could have brought it. I actually built it for that reason because I was trying to buy land around the DFW area and missed the bid on it. 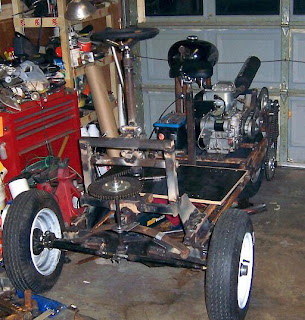 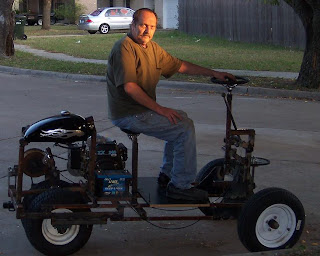 Forgot the PVC Greenhouse so here it is. I used it for the last two years and it worked great. I had to use mesh to cover it because of the squirrels, but it would probably be good to keep other rodents and more snakes out. 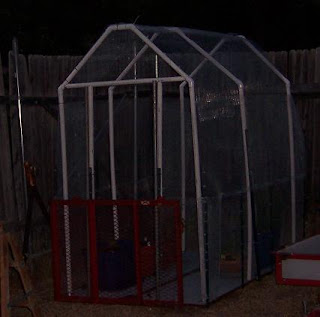 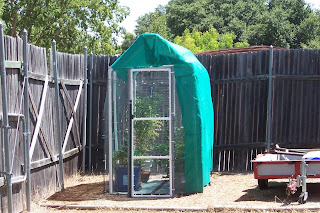 Labels: On with the Show