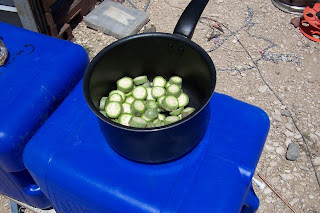 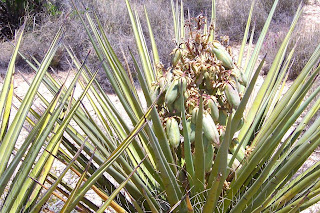 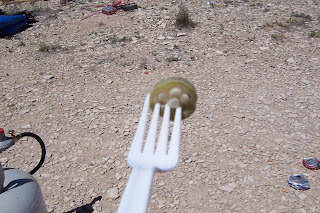 One of the legion members was asking about whether Yucca fruit could be eaten or not since there is plenty of it down here now. I did some searching online and found that it could and since there is a yucca a very short distance from the dungeon that is loaded with fruit I decided to make some Yucca soup and try it out. I ate a fair amount of it just to see what it would be like and whether there would be any side effects and a slight bitter taste was all. Some diced tomatoes, other vegetables or meat would have probably made it a decent meal. My conclusion would be that if you are hungry and didn't have anything else to eat it WOULD be a viable meal. I plan to try grilling some of it with BBQ sauce just to see how that turns out. To me it was about like eating a semi tough steak. That was after boiling it for 30 minutes with a little sea salt, course ground pepper (not the dog), and a few other seasonings. I didn't have any Rotel Sauce or tomatoes on hand to try it with.

On another note I finally got that shower I needed! Sure was nice and in my own shower! 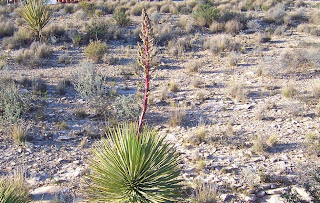 Found one of the Yuccas that was pre blossom so decided to try cooking the stem to see if it tasted like asparagus spears. It didn't, but wasn't bad and not as bitter as the fruit. There are others about to blossum so I guess I'll be trying the flower peddles next. According to the site I got the info from they are the best part of it to eat. http://www.wikihow.com/Eat-Yucca

Anyone know what the plant or bush below is with all the red berries on it? No! I'm not planning to eat the berries. ;)