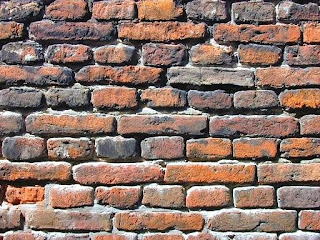 Welp... another brick wall. It wasn't just the tank filter that was stopped up the carb float valve was to. Neither of those were the real problem though. I cleaned the tank filter and the carb to and got the motor running like a top. Problem now is that the large pulley on the motor is too large and to keep the motor from stalling out I have to run the RPMs higher than I'd like to. That isn't the real problem either though. What the problem is that the pulley on the alternator is for a serpentine belt and the pulley on the motor is for a V-belt. With the motor revved so high when I connect the alternator to the batteries it puts such a load on the high revving alternator that it smokes the belt. I hadn't anticipated that. What I need is a V-belt pulley for the alternator and I have one, but I don't have a socket big enough to fit the nut on the alternator to take the serpentine pulley off and replace it with the larger V-belt pulley. Until I can get a socket to let me do that and a new belt then I'm SOL.

As for the wind... It was plenty cool out there this morning so I didn't do anything this morning besides make coffee and stay inside as much as I could. Made a trip to Study Butte yesterday and got the propane tank filld so I didn't freeze last night. When I did get out to finish up the charger I did as much as I could in front of the Iron Dungeon to block the wind and then grinned and bared it when I had to work on the side.
Posted by tffnguy at 6:31 PM