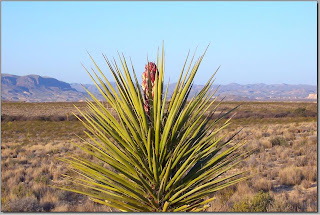 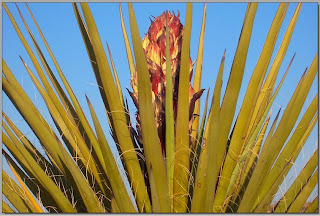 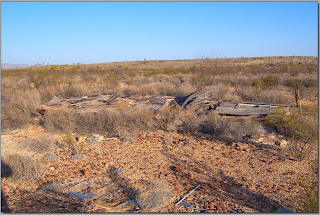 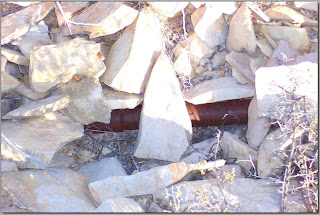 Looks like its going to be a HOT one today. Its already 94.5 in the dungeon at 10:47 AM and the hottest I saw it in here all day yesterday was 104.3. The shower water got up to 113 yesterday and I bet it would get much hotter today, but I plan to use it before it gets over 105. ;) The first two photos are a Yucca about 100 feet from the dungeon. More blooming going on.

Picture 3 if of the old house or cabin that was flattened. I'll probably add to this tonight when it cools off, but for now I'm going to retire to the shade behind the dungeon.
Picture 4 is the old water line that  was run in this area back in the 40s. Sure wasn't burried very deep, but it looks like it could still be used today. What a shame!

And for OGT the wind hasn't been blowing enough fir the wind genny to do any good so with heavy usage of the batteries at night and some in the day its back to running the gas charger every 24 hours for from 20 to 30 minutes. 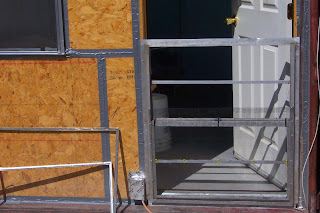 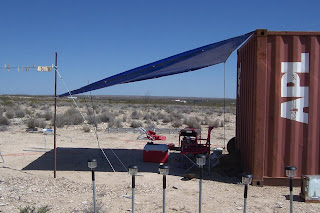 Picture 5 a picture of the New Improved Snake Screen. Picture 6 a picture of a tarp I put up for shade when it got up to 105.4 in the dungeon. I hung out under it until about 2:00 and took a shower. Then the wind got up ant ripped my shade tarp down. I went back in the dungeon and it had cooled down to 97 with the high wind, but when I tried to get on eht internet it was down. I'm at the legion posting this now.
Posted by tffnguy at 10:53 AM