Starting about 4:30 yesterday afternoon it began to rain. It was coming down in sheets and the wind was blowing so hard that the rain was almost falling horizontally. That continued until about 9:45 when I noticed that I no longer heard the defining sound of high speed rain slamming the roof and various sides of the dungeon. The wind seemed to change directions totally about every 15 minutes so most of the time I had to have the door closed.

At some point in there I noticed the light flickering and a beeping noise coming from something I had plugged in here so I shut down the computer. Shortly after that I lost power in here so assumed the Half-A battery hut hadn't done its job because of the blowing rain. I was right because an inspection when I went out there at about 10:30 showed that the little inverter I'd used had been getting pounded with splashing mud from beside the Half-A and the blowing rain to. That inverter is now toast! (Second 300 watt I've lost so far since I've been here.) I scrounged around in the back storage and found my next size up inverter and took it out to Half-A and hooked it up. Came back in and had power, but the internet was down. I tried several times between then and the time I said to heck with it and hit the rack. I guess I should have made Half-A a Full-A so I wouldn't have lost the other inverter, but I didn't expect the rain to be blowing at a 60 degree angle! I'll have to remedy that ASAP.

Got woken up by several coyotes howling real close to the dungeon about 4:30 this morning so decided to try it again and then the server was up, but wouldn't let me connect to the internet. Its still that way so this will likely be posted from the Legion after noon (IF the internet is up there.) The internet down here is like the on grid power. You never know whey it will be lost area wide. (Same with cell phone in a power outage and this all happens often)

Now for the inverter I'm using now? well its an old 800 surge/400 watt running) and was defective when I bought it at a garage sale years ago. Its a power hog to start with and will NOT run the load of the two 300 watt inverters I've run through. I left it connected with very little load on it from the time I swapped them out late last night and it had already drained the battery bank by about 8:30 this morning when I was trying to compose this offline. Needless to say when it cut out this computer shut down and I lost most of the new thread. This is all over from scratch.

When going to fire up the charger earlier I noticed that when I wired up the batteries with the heavy cable I'd failed to connect the two bank so I've only been using 400 AMP Hours of batteries since then. I also noticed that the wind genny was charging the back bank and they were hotter than a firecracker because of the high wind last night and not having been used since then. (Another one of those DUAH's!) Well when I've been running the charger I've been charging the front bank and that was the one I've been getting my power from and the little 300 watt inverter has still been making it 24 hours between charges. The damn 800/400 will never do that though so I need to come up with another 300 fast! I may resort to trying out the 1000 watt inverter Dennis sent me and see how that does, but for now its over kill for what I need.

Before the storm last night. 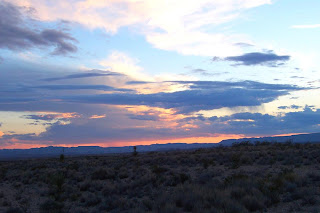 Rain, Sun, Rainbow & Wind. You can see the angle the rain is falling at and the sun is actually shining on my little piece of heaven in this photo. 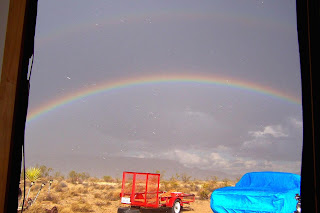 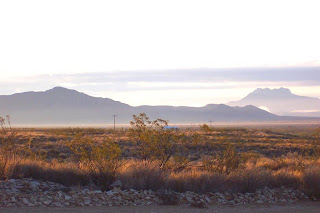 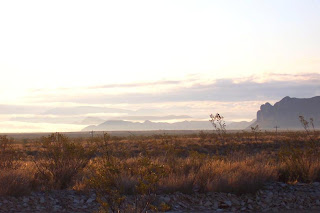 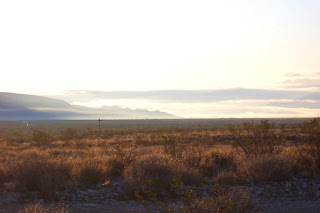 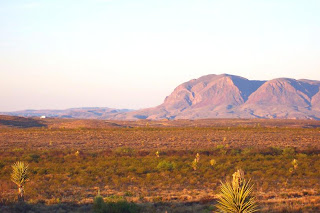 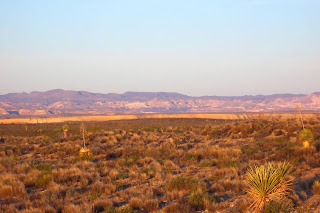 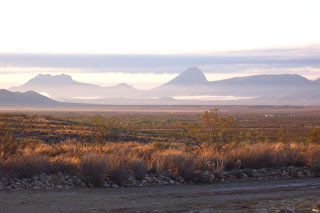 Above are from this morning.
Posted by tffnguy at 7:49 PM