Went in to SB this morning and did laundry, gassed up the falcon and filled a 5 gallon jug for the charger at the same time. Nearly had to take out a bank loan to do that. Gas was $3.30 something per gallon! :( Met Frann at BBMI for lunch and then headed home. I hadn't been here long when I heard a real ruckus outside so went out to investigate. A squadron 6 of the bad boys below were making a high to low dive coming from the west and dived low enough to turn to the south and fly between Black Hill and 9 Points Mesa (considerably lower than the top of 9 points.) They would disappear behind Black Hill as they passed through there.  It was really something to see as they followed one after the other at probably about a quarter mile between each of them. Once they cleared the north end of 9 points they gained altitude and meandered off in the distance heading northeast.. First time I've seen this before. 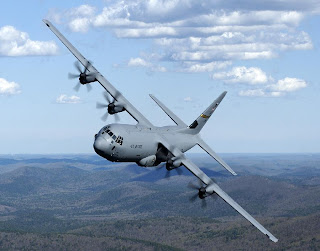 More than likely they would have been dropping the HUGE aerial bombs in a real exercise.

BTW its 54.5 degrees right now and dropping. Full sunlight (Clear) is good, but I think its supposed to be COLD again tonight. It wasn't supposed to get over 47 degrees today though.
Posted by tffnguy at 3:30 PM