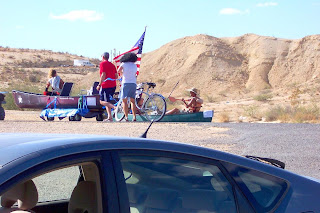 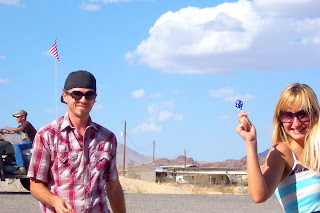 Dan and Gypsy Jess picking up candy along the road. 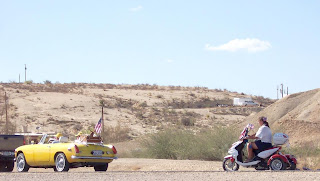 Frann on her scooter. Beat out of the winnings by the canoes going down the road. 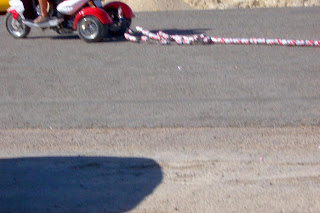 Note the Budweiser 4th of July addition cans being dragged along. What we have here is a seriously crazy woman. ;) 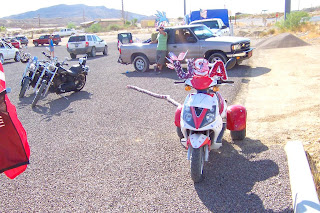 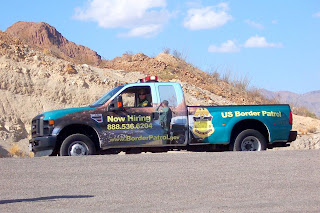 Your Tax dollars at work. 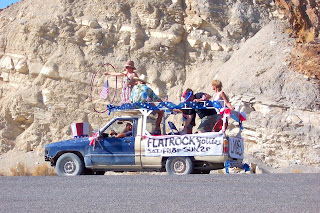 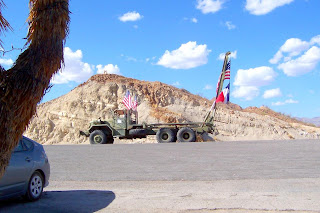 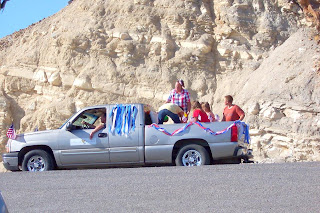 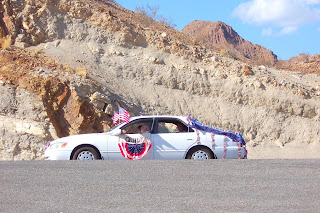 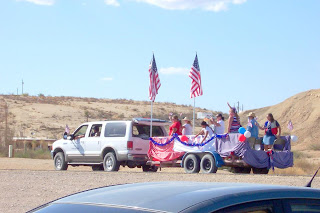 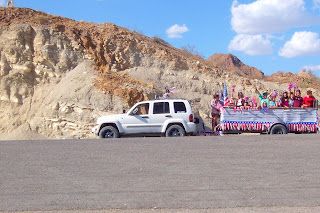 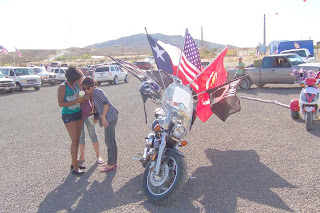 The following are Sunni and her dad Chris (Owner of the Cow Head Ranch). They did this last year on a higher hill further to the east, but had a blowout on the horse trailer and missed the parade yesterday. They did this at the hill next to the EMS complex where all of the festivities were going on after the parade. Pretty cool even though they weren't on a much higher and narrower hill this time. 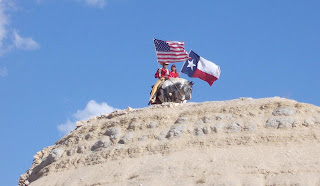 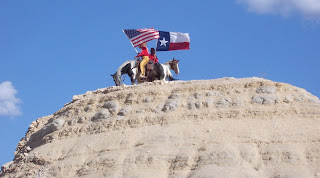 My first ever car was a 57 Ford Fairlane 500 pretty muck like the one below, but it was a hardtop instead. Mine was coco brown and cream in the same paint scheme with a coco top. Boy do I wish I still had that car!!! Of course there are a lot of other cars I wish I still had though, but the 57 was my all time favorite. 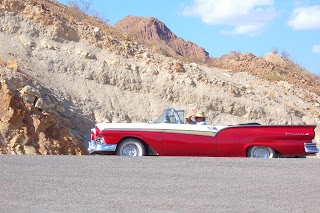 I failed to catch the legion vehicle going by because I got distracted by other things going on.
Posted by tffnguy at 9:47 AM