Just checked and notice that Frann had updated her blog with some pictures taken yesterday so I guess you can check her blog for other details. On the search for the land we found where the road to Desert Rose's land should start from the Long Draw creek bed and I think we found it, but it was totally grown over so no chance of getting there. I guess I should have checked the GPS coordinates before we walked from the jeep because we couldn't go any further in it. Turned out after a considerable walk I checked and found we had gone too far. Backtracking I finally got back to the jeep and found it was parked nearly in front of where the old road was. Like a dummy I didn't take many pictures and the camera was screwing up for some reason so there are only a couple of the trip. 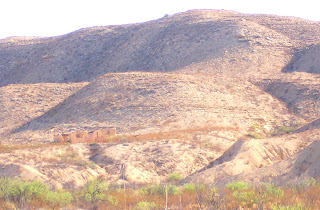 The old Whore House can be seen in this picture, but the terrain to it is so rough that I think it would take a helicopter to get to it. I guess that pretty well shoots the photo opp in the rear. 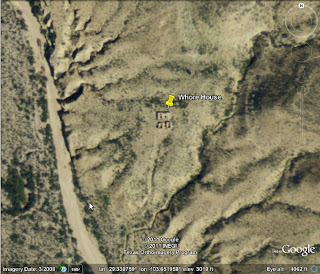 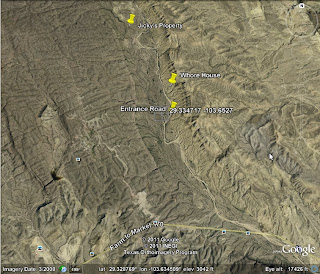 We paid a visit to John Wells at the Field Lab and he and Desert Rose met for the first time. He gave us a tour of the new Wells Lake and we visited a while before going on to check on Nick's progress. The container Nick was renting has been turned back in and is keeping my old Dungeon and another container company just off the Terlingua Ranch Road.

When we got there Nick was nowhere to be found so we just took a picture or two. Looks like more vandalism to me. ;) Weird what can be done with computer graphics isn't it? :) 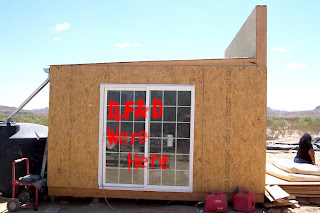 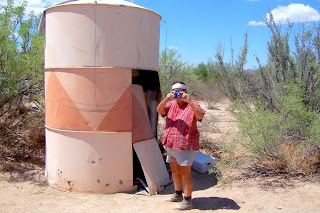 On the way back from the Field Lab we ran across these. 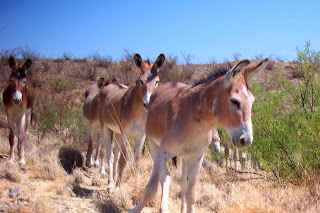 Now for the road... I heard the sound of heavy machenry earlier this morning and looked out to see a dump truck drive by. Then heard more noise to the north and noticed a grader coming down my road. My first thought was OH HELL! because the road had finally gotten packed again after the rain so no more dust. 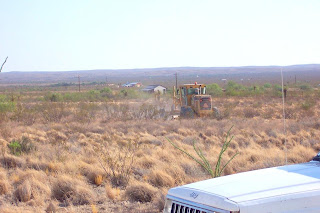 A short time later the grader pulled up in my driveway and the driver got out and introduced himself as Dennis Nance. He siad he had been building oilfield roads for years and was now working for the TR to try and get the roads in the shape they should be in. He said he plans to crown the roads (Which they should have been done long ago) and hopes to get them straightened up. One good thing they did on my road was to haul a load of graven in and fill in the bad area on the way here. Bad part is that now part of the road is powder again, but hopefully we will get more rain before long and maybe the road will be good again after that. 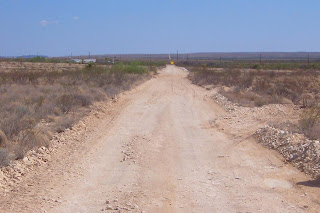 He cut reliefs back in to the side of the road for dranage that had been screwed up when BBT ran my phone/DSL line in here. 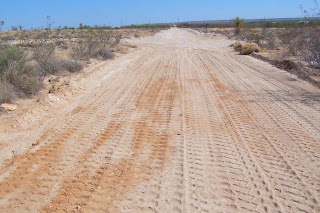 TR had better watch it or I may start having something good to say about them for a change. ;) At least they now have someone doing the road work that cares about the roads and knows what he is doing. Hopefully TR will be wise enough to keep him!!! So... If you see someone grading your road now before you start shooting talk to the driver. He's a good guy and out to make your road better and not worse.
Posted by tffnguy at 12:23 PM