Ran an errand for Frann to pickup some hose from Fred & Mario's place and along the way I saw this. 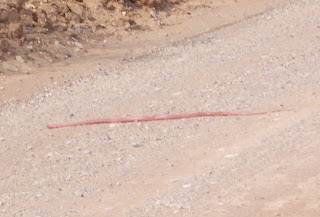 A small red Racer. I say small (Maybe 4 feet long, but I've seen them about twice that long). 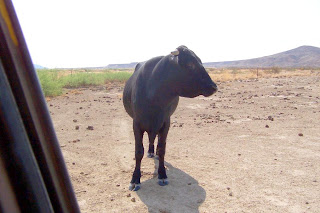 Meet Mejo the young bull. While I was at Fred's to get the hose for Frann Mejo decided he didn't like me. I managed to get out and go with Fred to get the hose, but when we got back near the jeep his head lowered and he started to charge. I managed to open the jeep door and jump in and he stopped. Fred said "He's a good boy and he likes to play." Well about that time Mejo acted like he was going to charge Fred. I think Fred got a little excited himself and backed off rather quickly and Mejo turned back toward me and the Jeep. Fortunately he didn't decide to charge the jeep and both Fred and I made our escape from there in one piece. I guess it could have been the roll of RED hose I was carrying? I hear bulls don't like red. FRANN! you nearly got me killed! ;)

Below are pictures taken of the road to Abby's land and of her land. 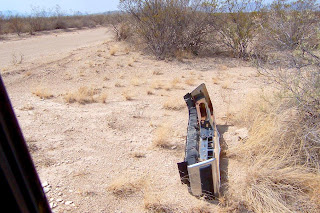 Need a bumper? Found this at one of the cross roads on the way to Abby's land. I don't know if its someone's way of marking a rout to their land or just someone trying to start a dump ground. People do stuff like that to help them find their land though. I've seen toilets and other junk like that used. I guess anything handy will work? 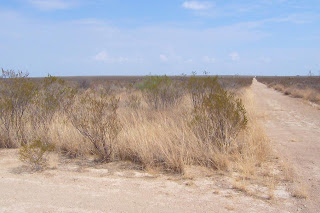 I don't remember there being a road going north beside Abby's land before and this looks like a fairly new cut so she may have another road to face her cabin on? She probably lost a little land to the road also if it is a new road. 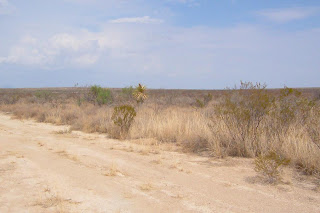 Looking at Abby's land from the corner 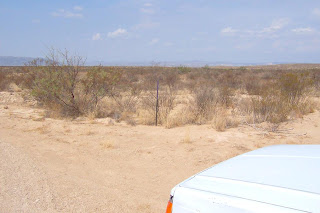 Looking South West from the corner. 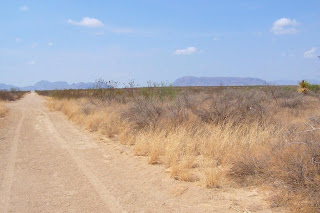 On the new road looking south beside her property. 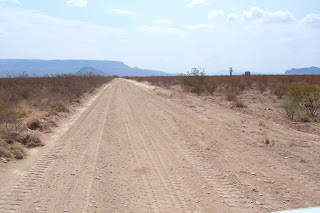 The Legion Road looking East up the hill from Abby's land. They have graded the road to just down the hill heading west and widened it as Dennis told me he was planning on doing to all the roads. However, from that point back to Abby's land it hasn't been graded recently, but the road is in good enough shape. Don't know if he plans to widen it back toward the west or not?
Posted by tffnguy at 12:47 PM