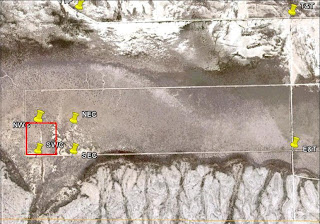 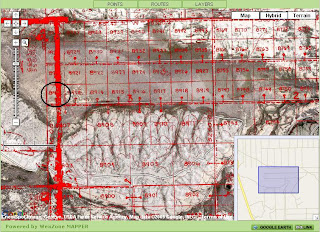 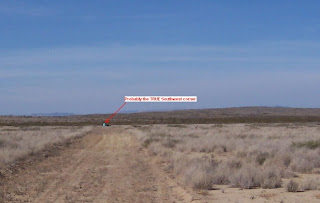 Just Me pointed out to me that Classic Country Land is bad about making mistakes on their coordinates for the land they have posted. With that in mind I decided to do a little exploring to find out if they were wrong on my land and it appears very much so! Classic Country Land gives the coordinates (between the sticky pins) for the Southwest corner of my property to be 29° 35' 14.54"N and 103° 32' 16.77"W which puts that corner somewhere around 100 feet further east than it is according to the TRPOA Tract map which according to Google Earth would make it something like 29° 35' 14.62"N and 103° 32' 14.62W. As a matter of fact I had planned on doing what ever I will do (hopefully not long from now) on land which according to the TRPOA tract map is NOT my land! And who says procrastinating doesn't pay off? The reason I figured on building there is because there was a clearing.

Now... It appears that while my brother in law was here with his tractor we should have been clearing an area further west because most of my land now (according to the tract map) is heavy vegetation and I don't look for him to bring his tractor back so... Looks like a lot of manual labor coming up. On top of that I'm not even sure I have 10 acres because according to the tract map (If it is accurate) then my plot is shorter from east to west than all of the plots east of mine. Looks like it could be as small as 8 or 9 acres instead. I guess the one good thing now is that I will know where I can build and where I can't. It also gets me out of the marsh area so there does my Greening the Earth plans, but puts me on higher ground and probably less chance of flooding out. It also puts my land west of the part of the road that has a washout problem so that could be another major problem.

Note in the above pictures the one of the actual tract map which shows my land in the black circle. The other one shows the red box which would be closer to where my land really is.The old barbed wire fence would be almost center of my land.

The third picture probably shows the true Southwest corner. There were two blue pylons just across the road on the southwest corner and around where the northwest corner would be, but I'd forgotten about them. One where you see it and one further north out of the picture also just across the road. Someone was marking something and used small tires and had painted them blue for some reason. That would sort of Jive with the tract map boundaries for my land.