For lack of anything else to post I decided to show off the local eateries. (Local to the dungeon that is) First most everyone has seen which is the Legion. The second one everyone has probably seen to either here or on JW's blog. That would be the Grub Shack. Third probably not seen so much and that is Susie's Snack Shack. Fourth is Tivo's Place and the Longhorn Motel. Note the monster Yucca in front of Tivo's! That sucker is HUGE! 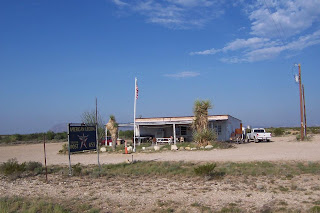 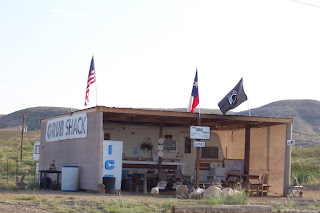 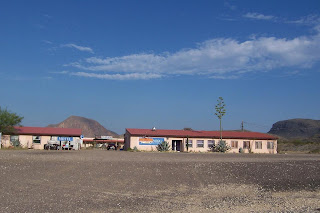 And another sunset shot. This was after the storm last night. Had some heavy rain and sounded like small hail, but it was blowing from the east so I had to keep the door shut and couldn't see. Just Me dropped by for a visit earlier before the storm and was going to go out and tend to her bees. Hope she wasn't still out in the boonies when the storm hit. Enjoyed the visit Just Me. 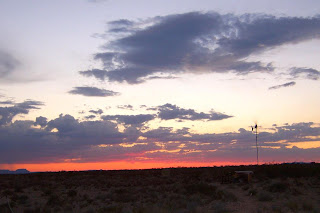 The other toe curlers are of an accident Pepper had after eating last night. :( and then a tarantula crossing the road in front of the dungeon when I was headed out for the other pictures. Hay... With the good must come some bad. (Usually does for me anyway.) 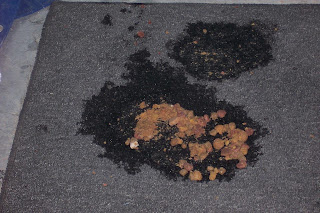 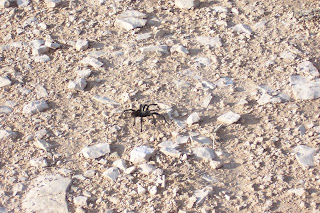