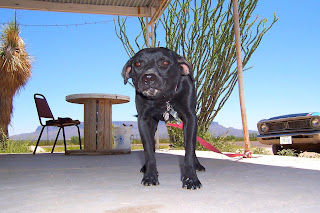 Told ya she was getting BIG. Looks like I'll be keeping her. She is doing much better and evidently her watching me drive off with her tied up where she couldn't follow me has paid off. I decided to take her south with me yesterday and expected to have to force her in the falcon, but I put the leash on her and as soon as I opened the door she was IN THERE. It works like that every time now. She seems to be settling down some to. Its getting fun to watch some of her antics to. We're at the Legion right now because the thermometer at the dungen reads 109 outside and 102.8 when we left. I expect it will be at 104 before it starts cooling down. We will head back that way when there is shade to sit outside.

The mosquitoes are really bad now and plenty BIG, but I hear they won't last long once it dries out. (If it dries out) Its still pretty humid around here and little to no wind so that sure doesn't help the heat situation. Its supposed to be even hotter tomorrow. :( 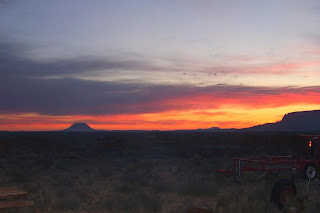 Picture from the other morning.

Now served at the Legion. :) 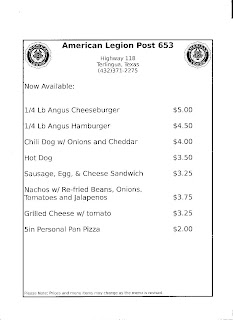 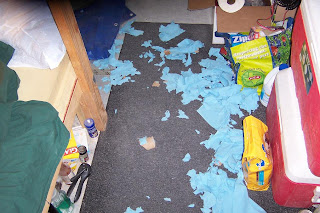