Saturday Night Supper at the Legion 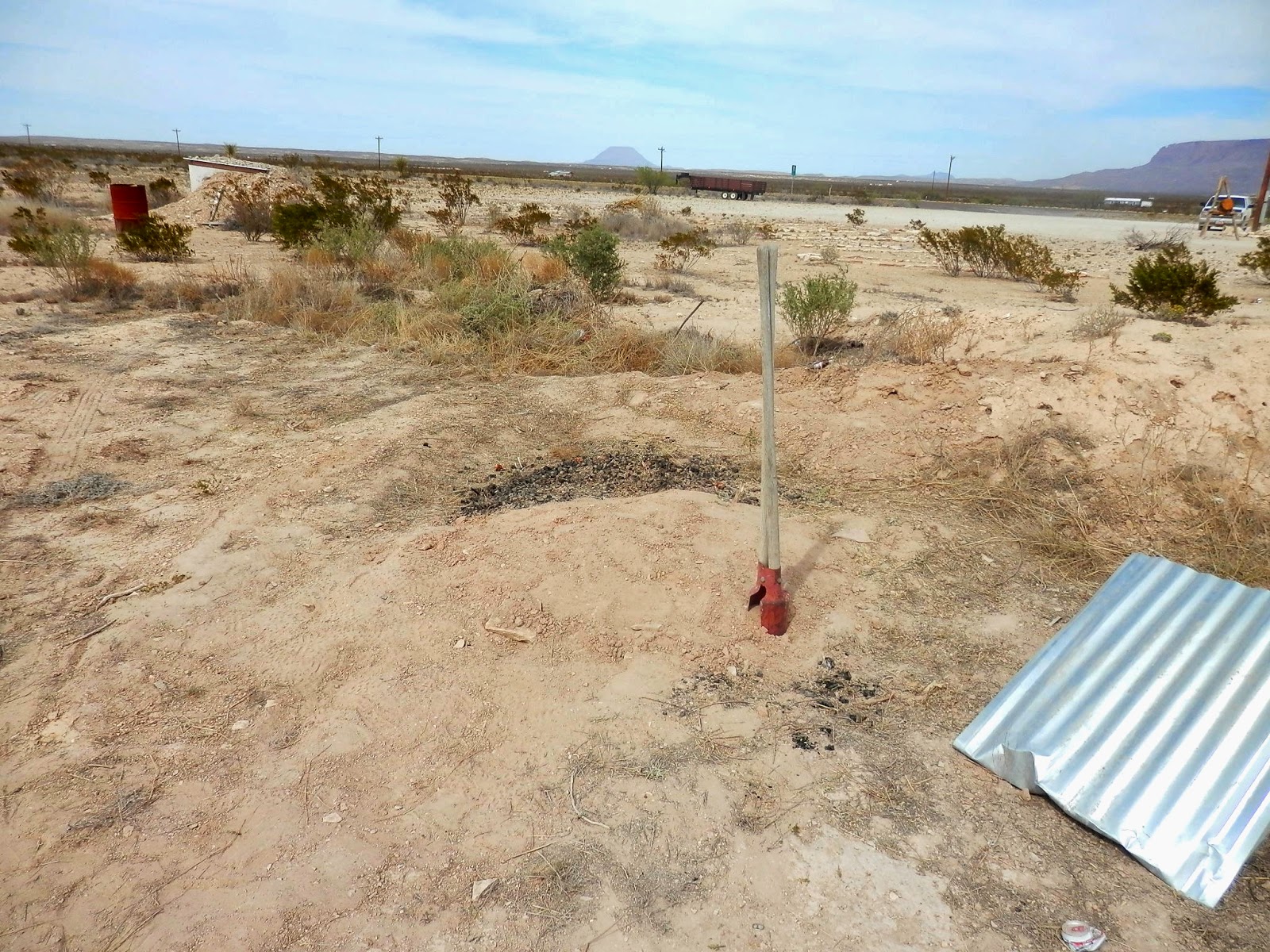 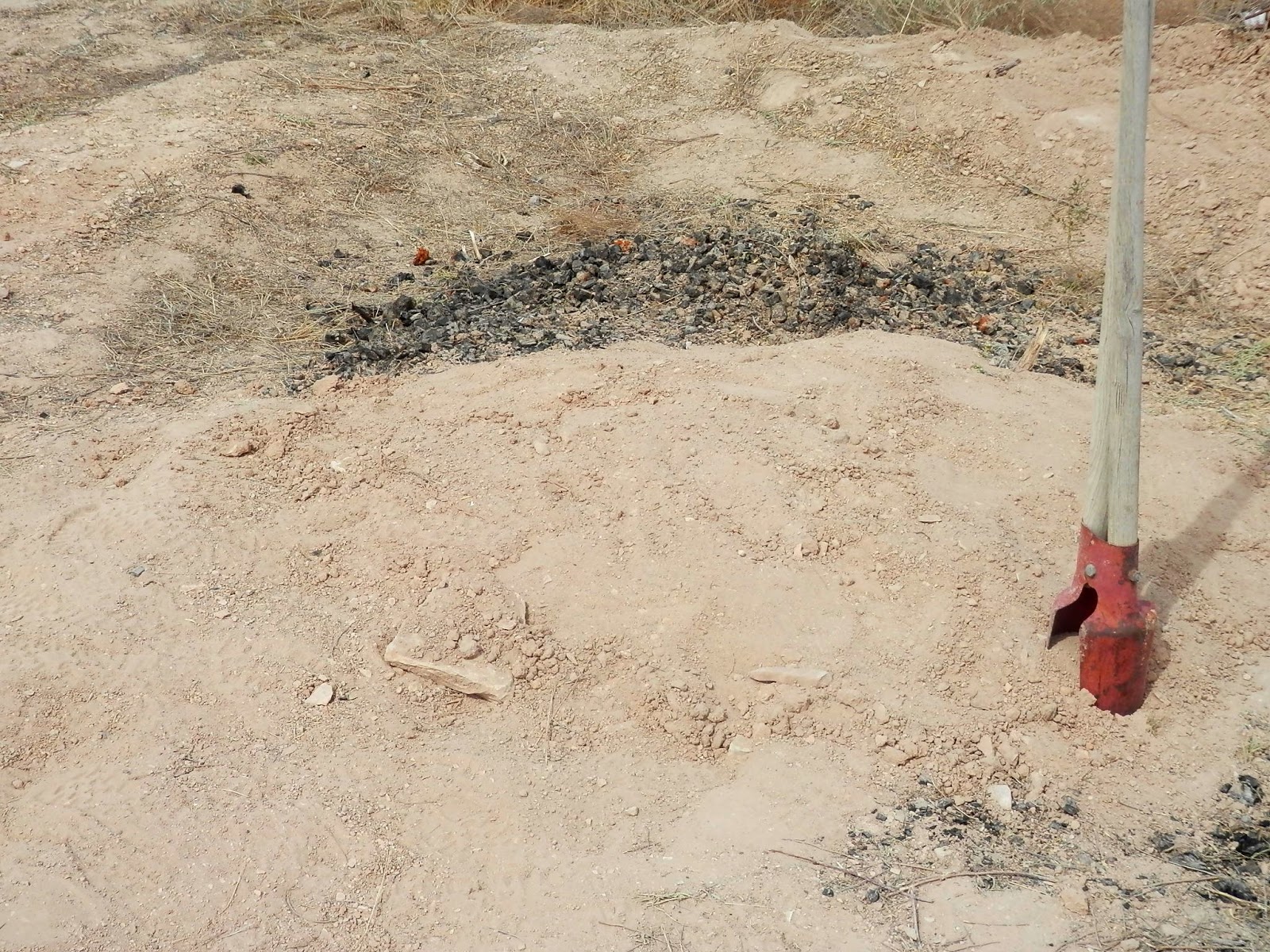 Nope Folks, that isn't a grave you're looking at! 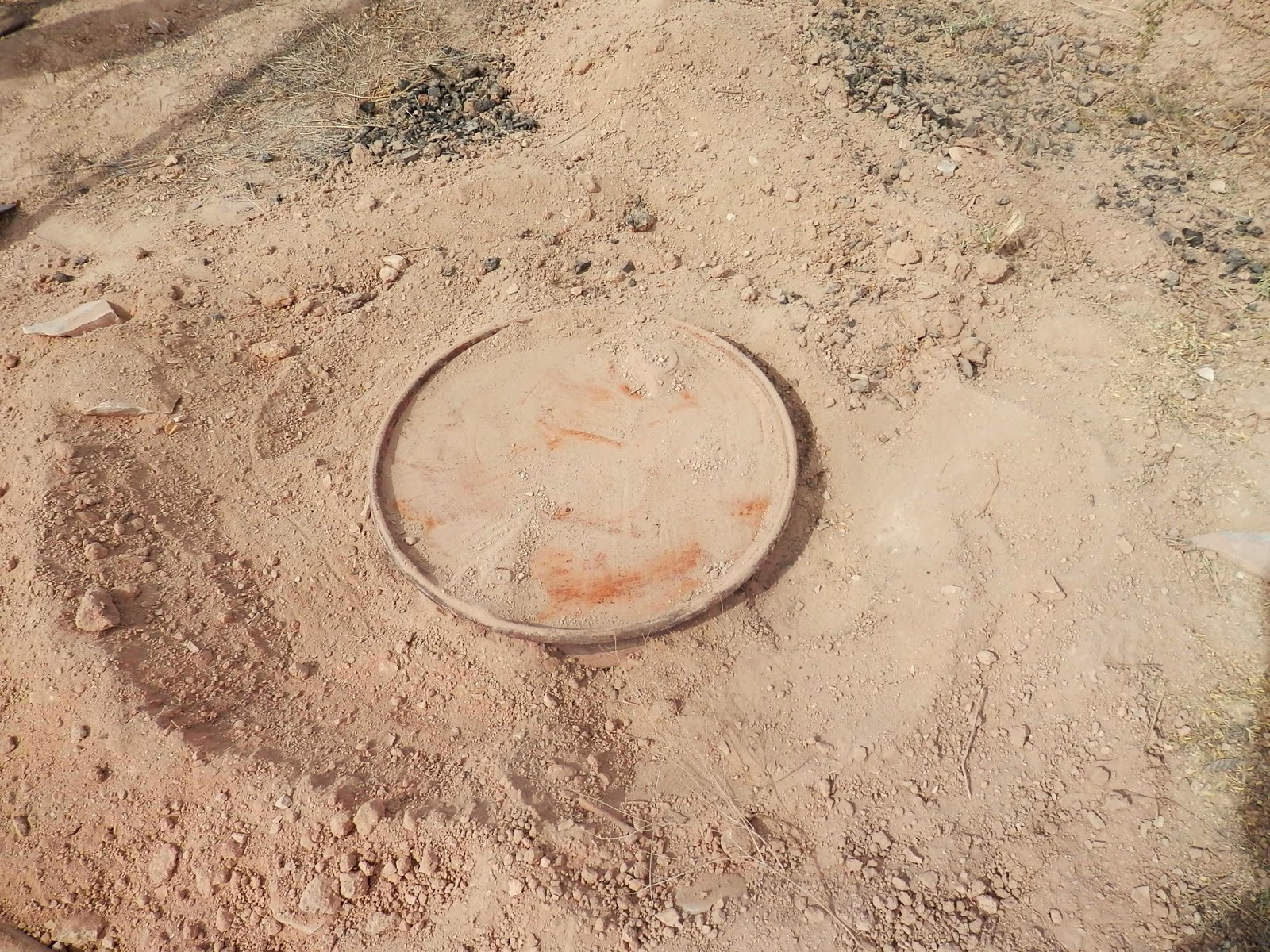 That's the top to a 55 gallon barrel used to cooking various meats in the ground for about 24 hours. This time it was a goat. 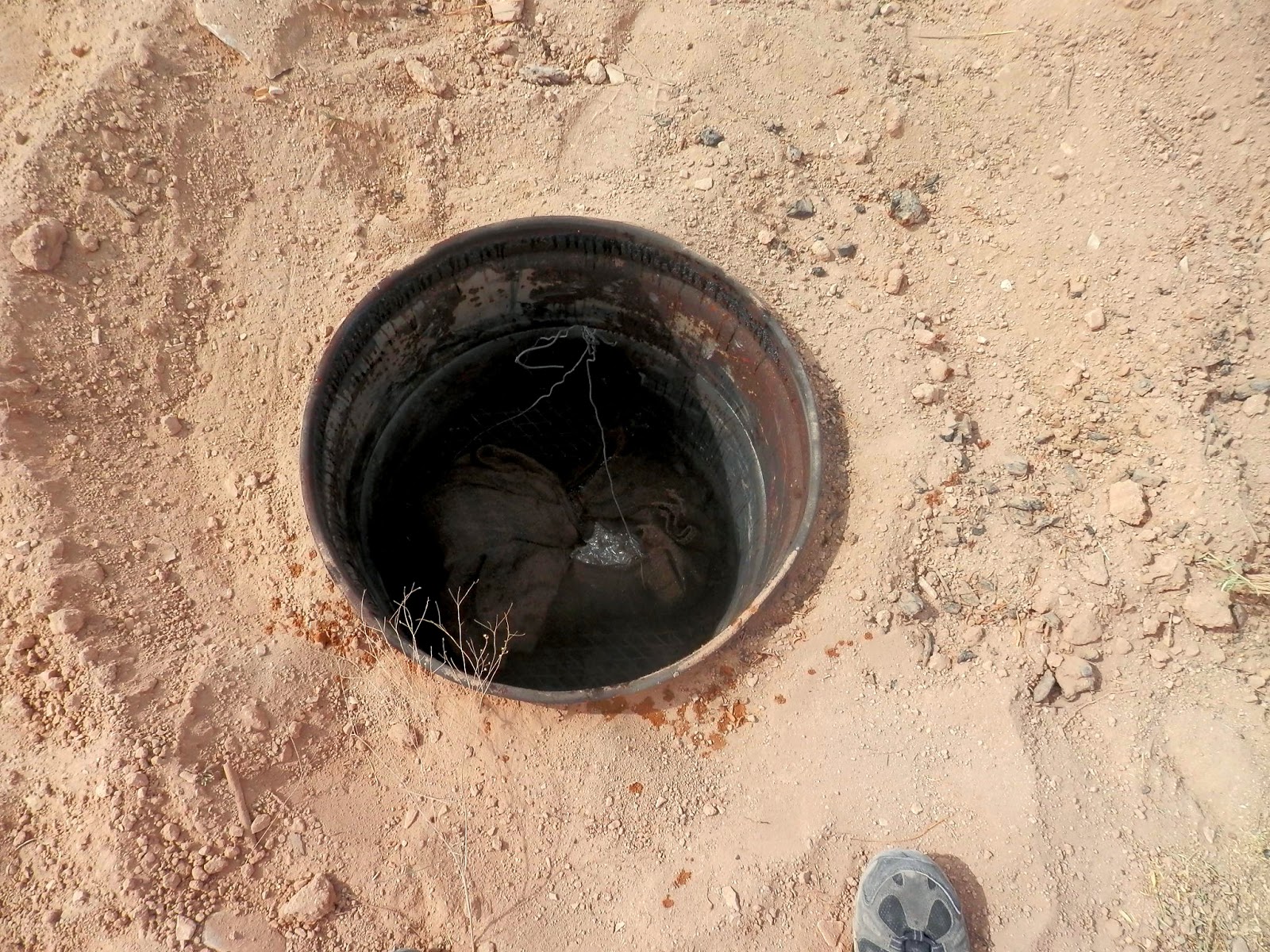 A fire is built in the bottom of the barrel and kept going for a couple of hours. Stones are placed on top of the coals and then the meat (wrapped in foil and then placed in a wet burlap bag. The lid is placed back on the barrel and it is covered with the mound of dirt. Twenty four hours later the process is reversed and the meat is so tender it falls off the bones. 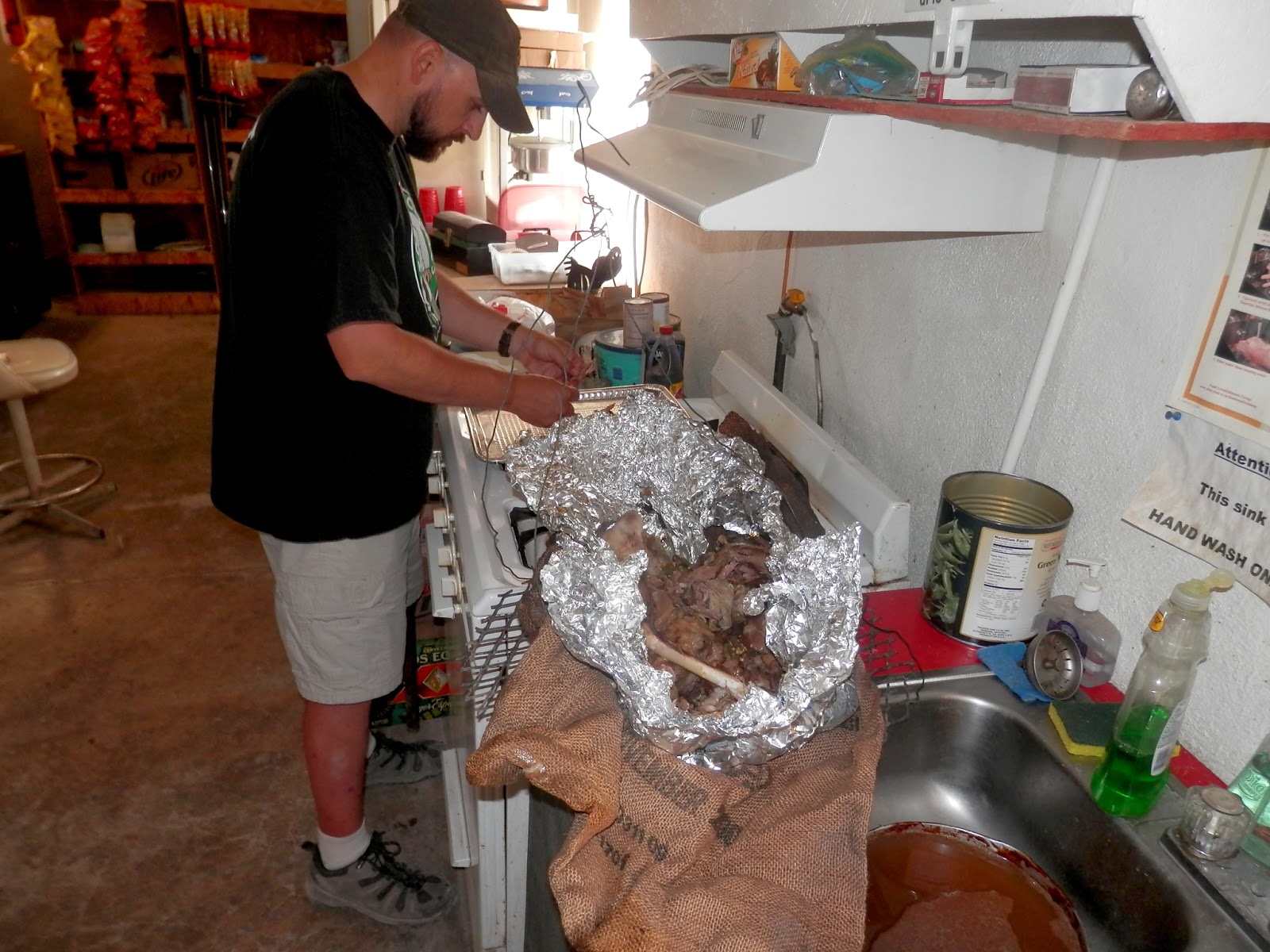 Alex pulling the meat off the bones. 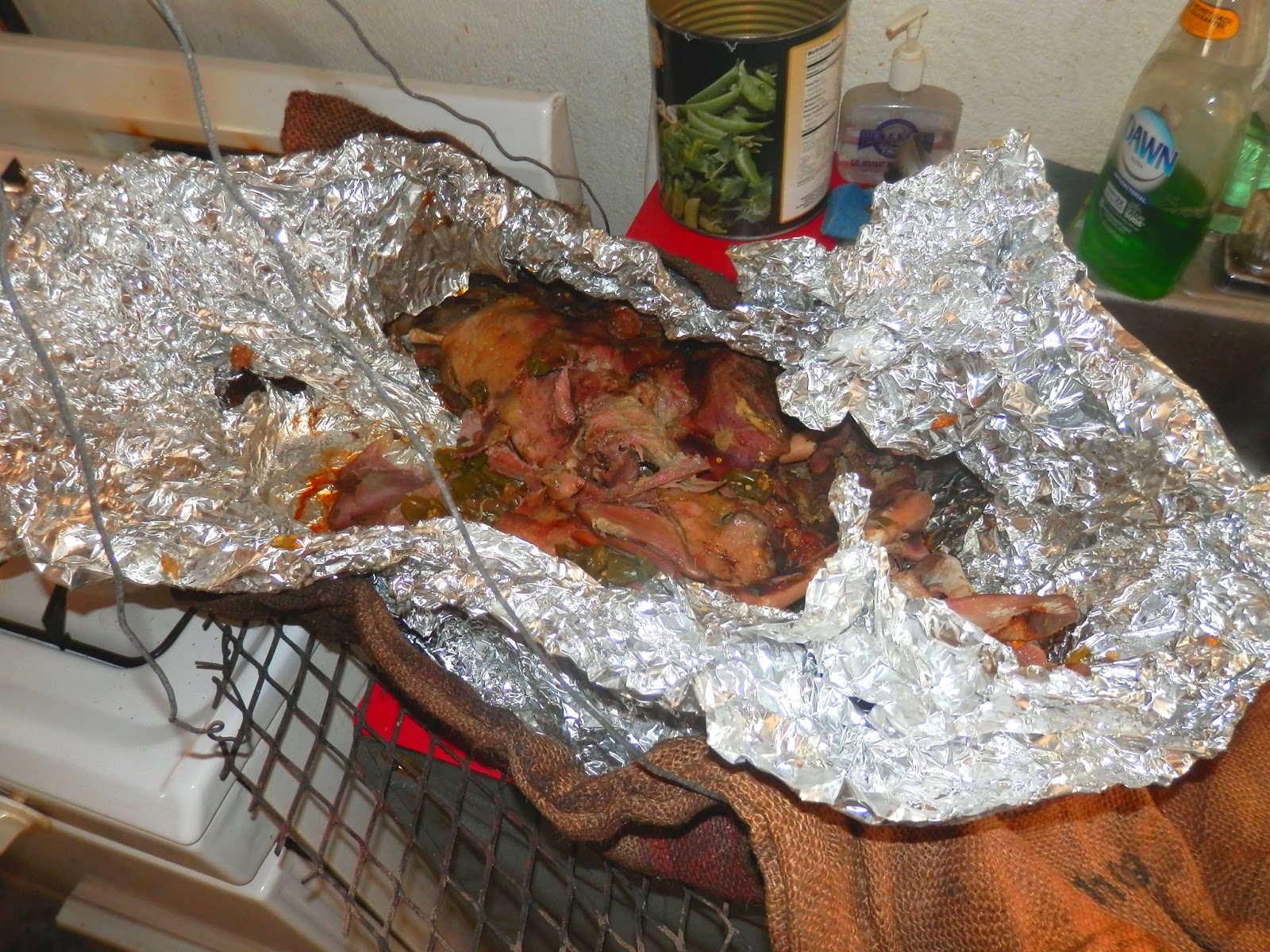 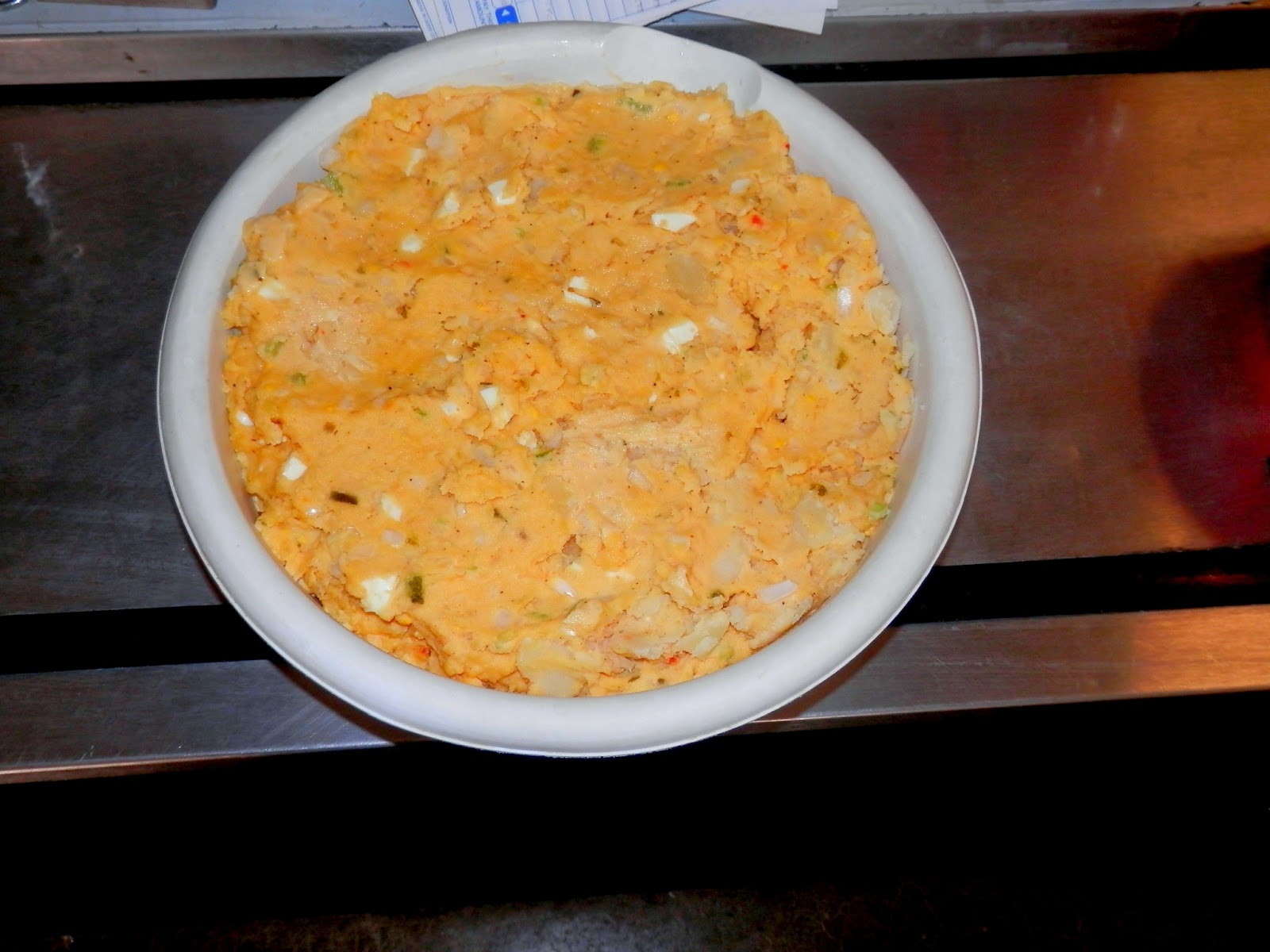 My contribution was 10 pounds of my potato salad. Not trying to ring my own chimes, but it usually goes over real well. It was all eaten last night, but at least there was enough for everyone to get some. This is the biggest batch I've ever fixed! The old record was 5 pounds. 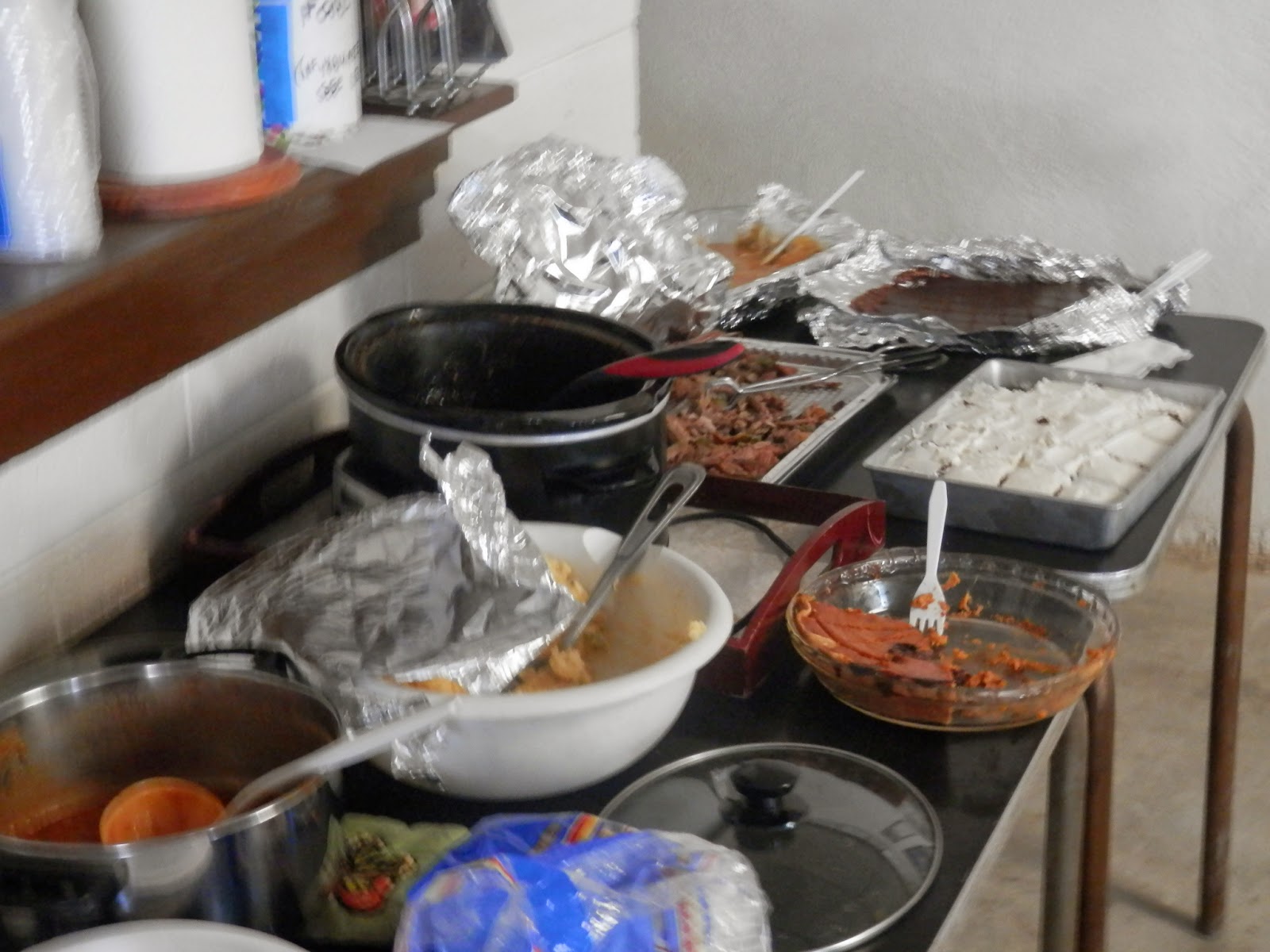 Other food that was there. 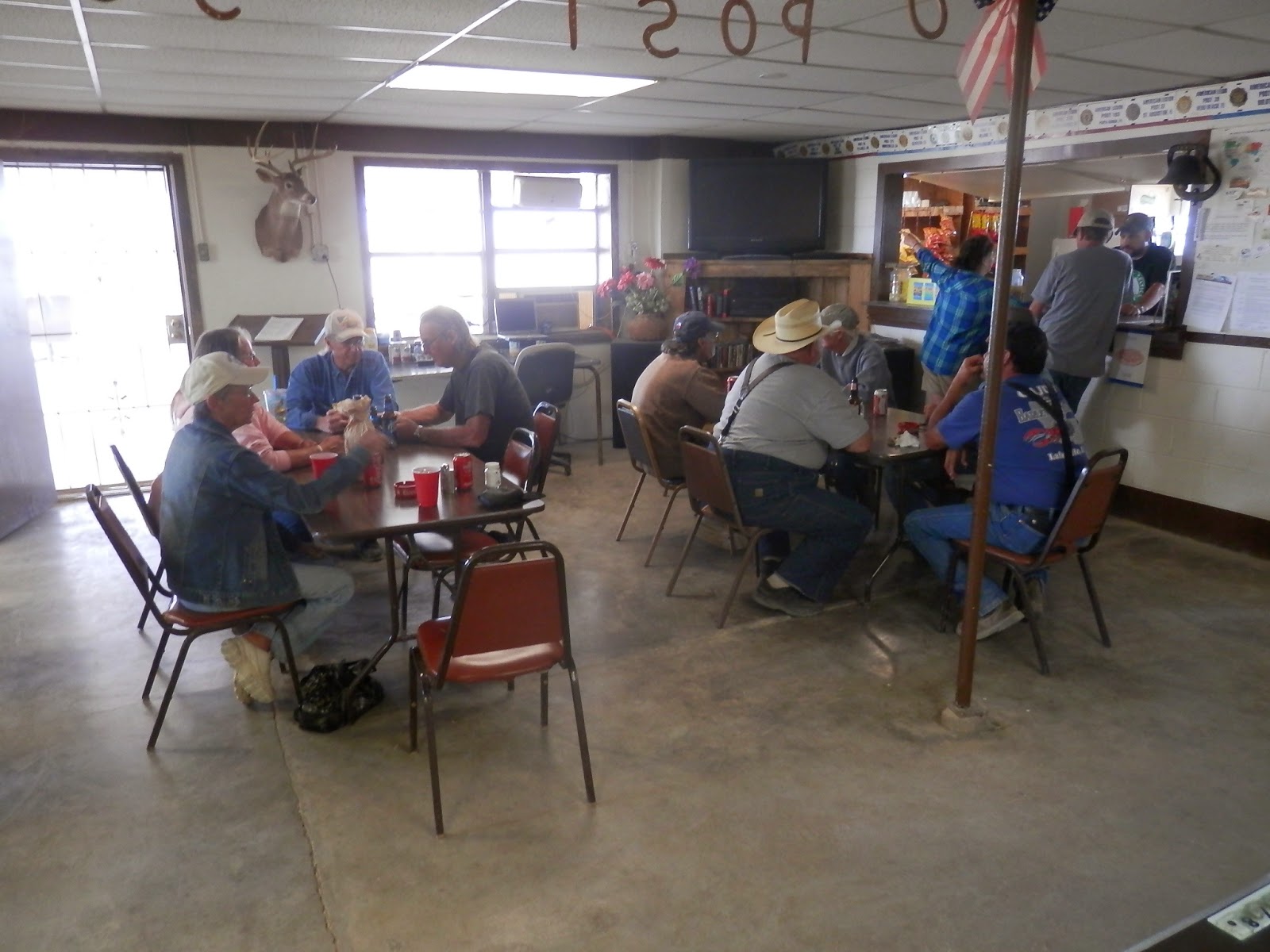 Just a few of the people that were there. Turnout was light at first, but later on many more people showed up. This was in spite of butting heads with the event below that was going on at the ghost town. 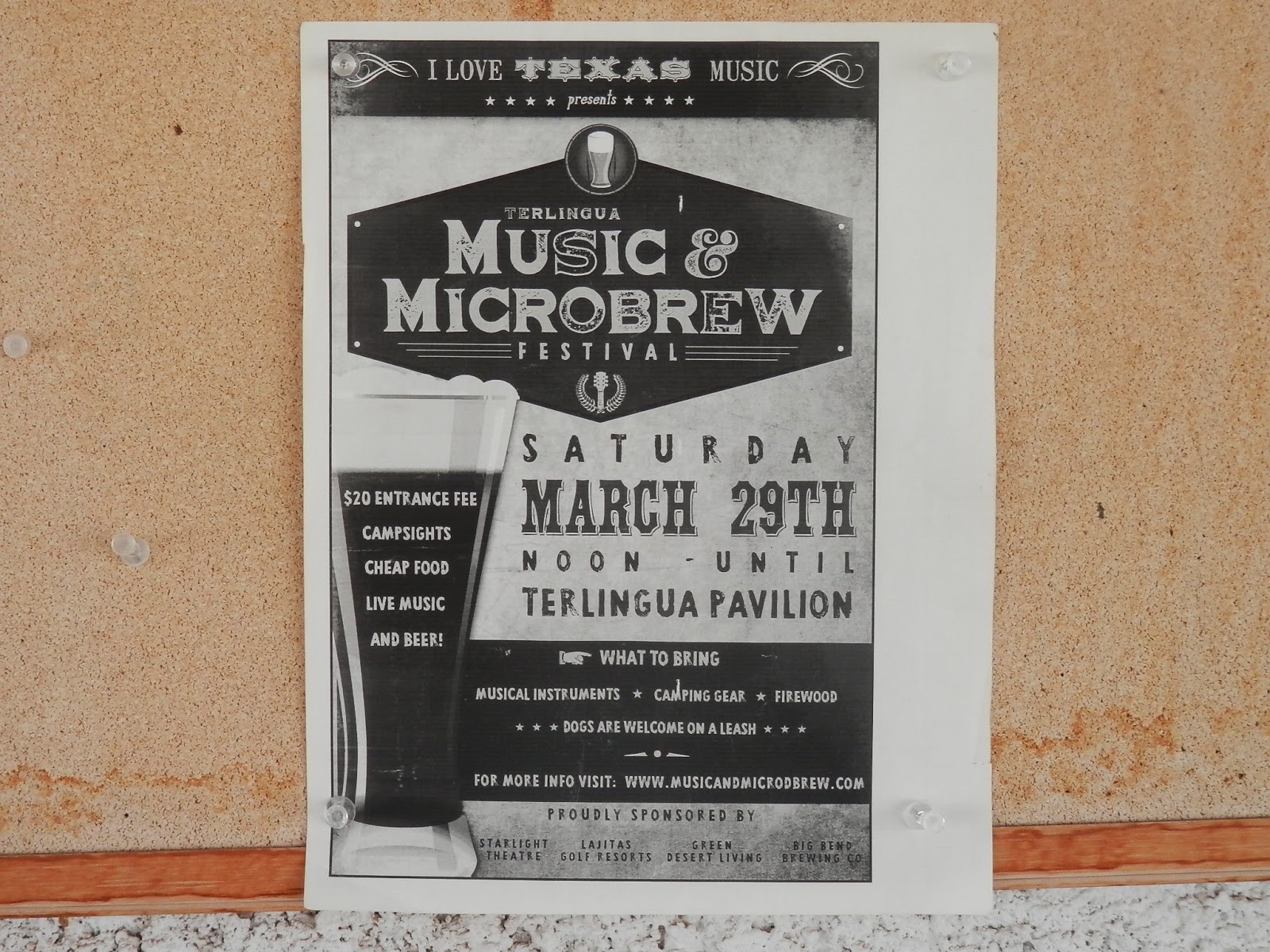 For those who haven't heard about it before and who or locals that read this blog, we started the Saturday Night Supper at the Legion about 5 weeks ago and for the most part it has grown each week. Matter of fact we have run short on some of the food until last night. It is a donation deal and as long as donations cover the food cost we will probably continue them.

Needless to say there are always a few who eat 3 or 4 times the amount everyone that donates does, but they themselves do not donate. What a shame!

Been a good while since I took the time to do a new blog entry much less reading any other blogs. I'll try to catch up on blog reading soon I hope. For now it looks like this is going to be a long post since I've been putting off on blogging about a number of things for a long time.

First off I'm a BAD BOY and yesterday being Texas Independence Day slipped by me. Really no excuse for a true Texan to forget such an important date for our great state! The Texas Declaration of Independence was signed by 59 people on March 2, 1836. 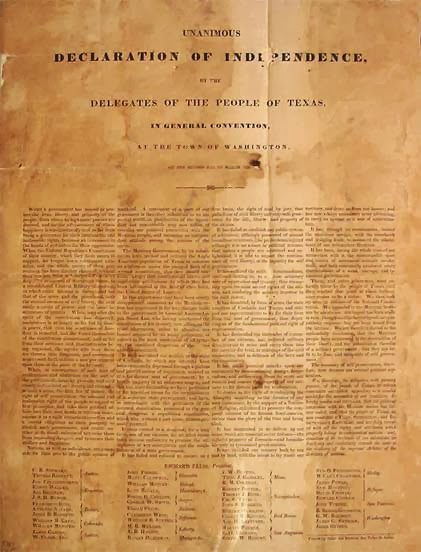 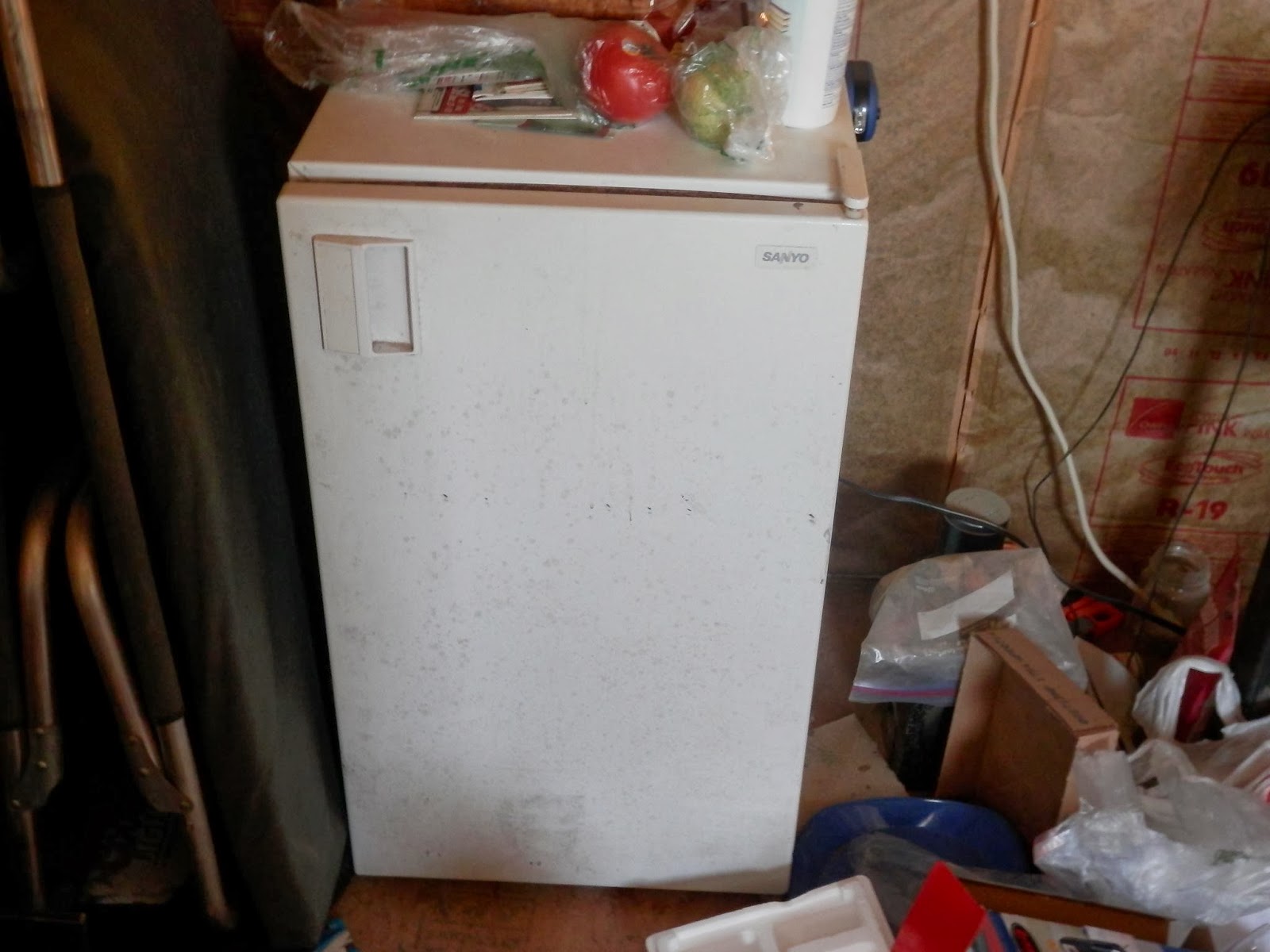 A good while back my friend and part time neighbor Leon Smith brought me the third electric fridge and it has sure helped a lot. The first one I'd bought I traded to Bigfoot for a full sized fridge, The desert got to that one and the compressor went out. It has made a good storage locker since then. Both of those had a real bad habit of causing the WiFi router/modem to cut out every time they came on though which in some cases it wouldn't reboot and I'd have to manually do it. Needless to say that was a real pain in the posterior. The one Leon gave me doesn't do that at all and has a good bit of storage and a decent sized freezer so I''m VERY happy with it! 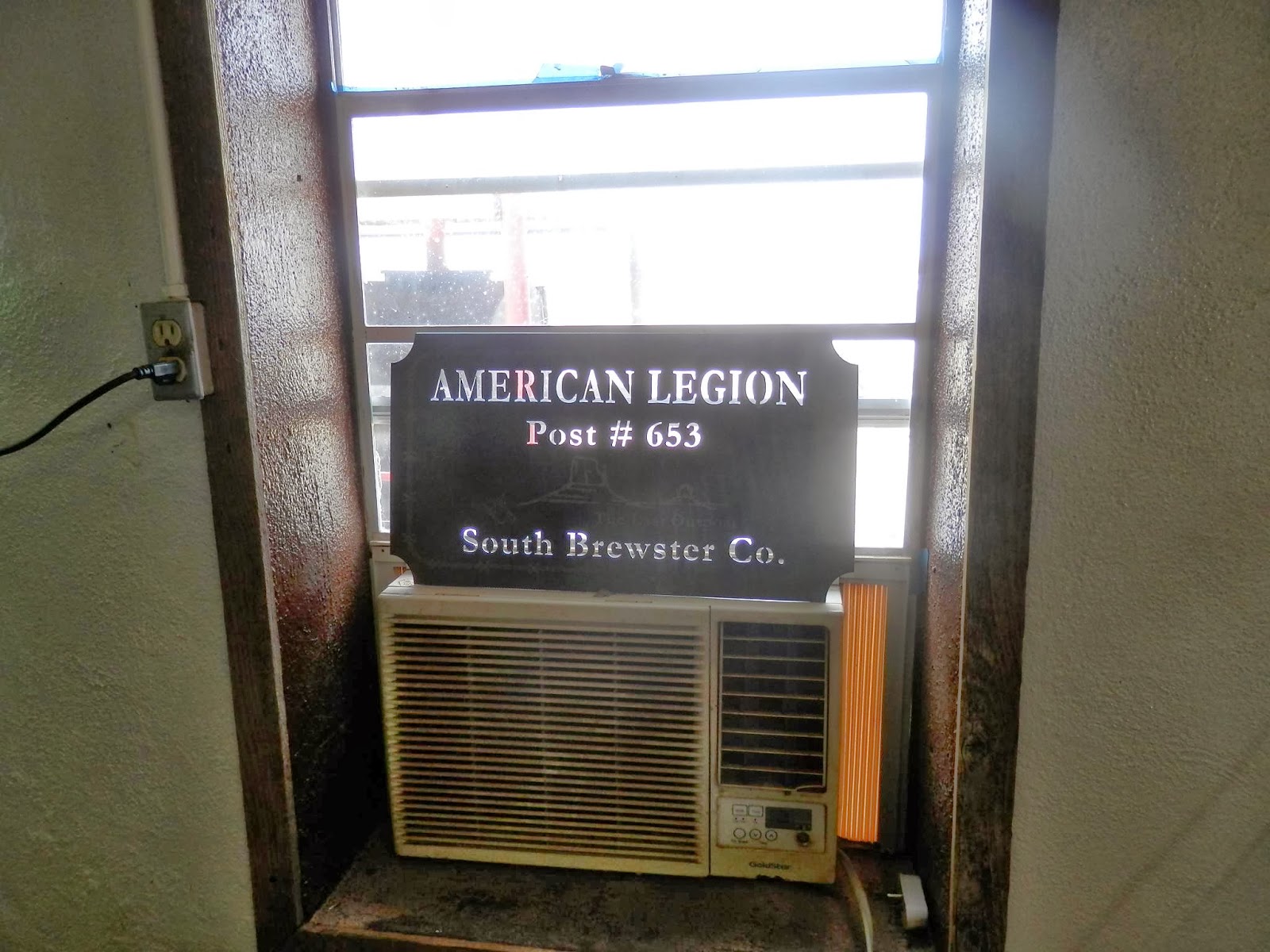 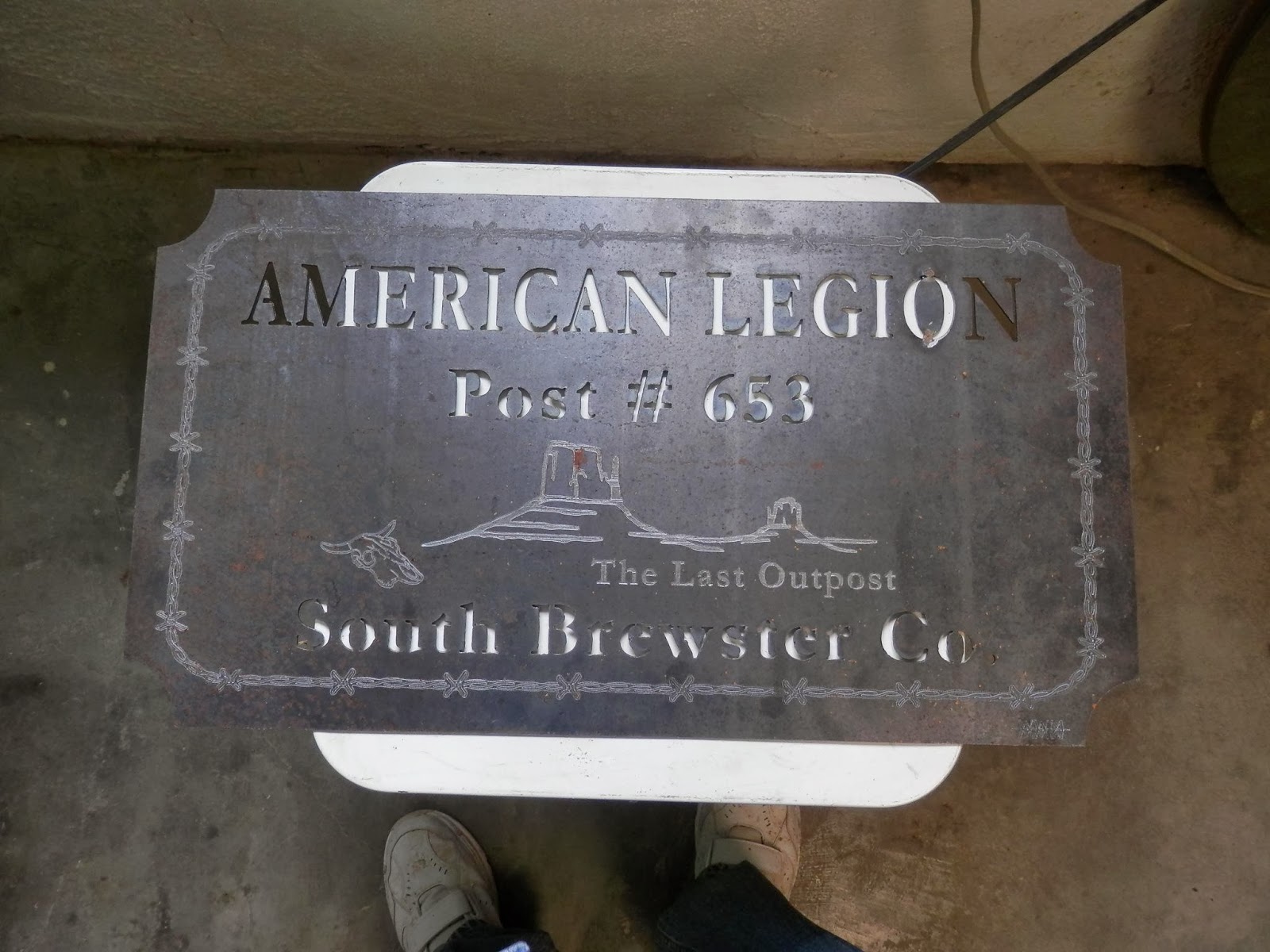 The Foots brought me the above sign on their last visit down here and its on loan to the legion now. For now its displayed in one of the windows and looks pretty cool with the light shining through it. Unfortunately though there is some cool etching on it which can't be made out while its in the window. See the second photo to see that. Bigfoot's son Wess made it on his home made CNC machine and did a real fine job on it. 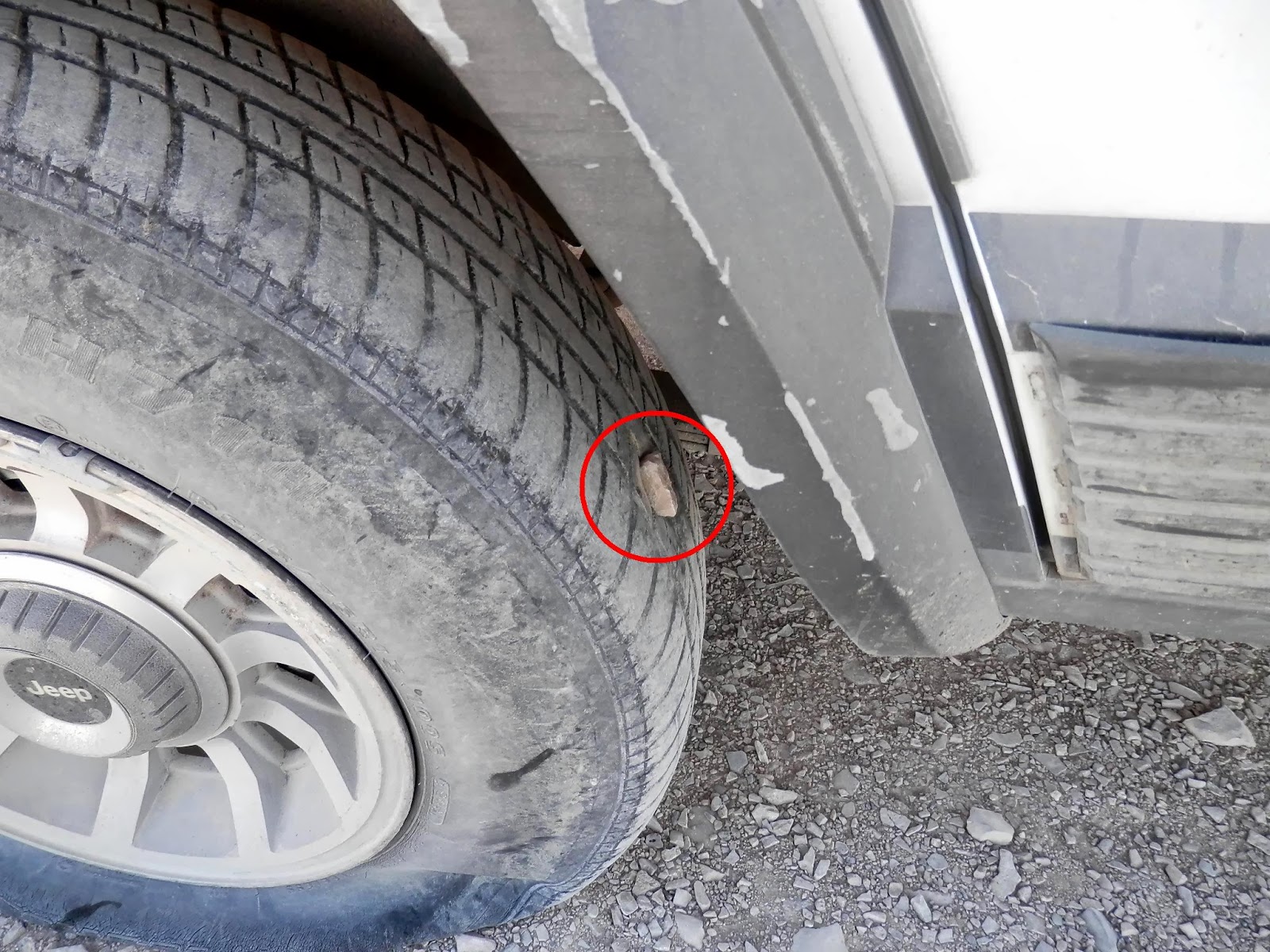 A while back I made a trip south and noticed I had a low rear tire so aired it up at BBMI before coming home. The next morning I had a flat on the rear, but it was on the opposite side. I have plug kits for tires and usually have good luck with them, but an examination of this tire made me come to the conclusion there was no way a plug would ever do on this puncture. That's a frickin railroad spike sized rock stuck through the tire and I could not get it out. Another perfectly good tire down the drain! ARG!!! A bunch of semis are hauling gravel down south and once again when they start graveling 118 a lot of this will happen. This happened on the way back from Study Butte this morning when one of the chunks of gravel blew out of one of the damn semis as I went by it and this is the second major ding in the Jeep windshield cause by the graveling process. Unfortunately no one around here carries windshield repair kits so I''ll have to hopefully get someone going to Alpine to get me another kit and get this fixed before it has time to spread. 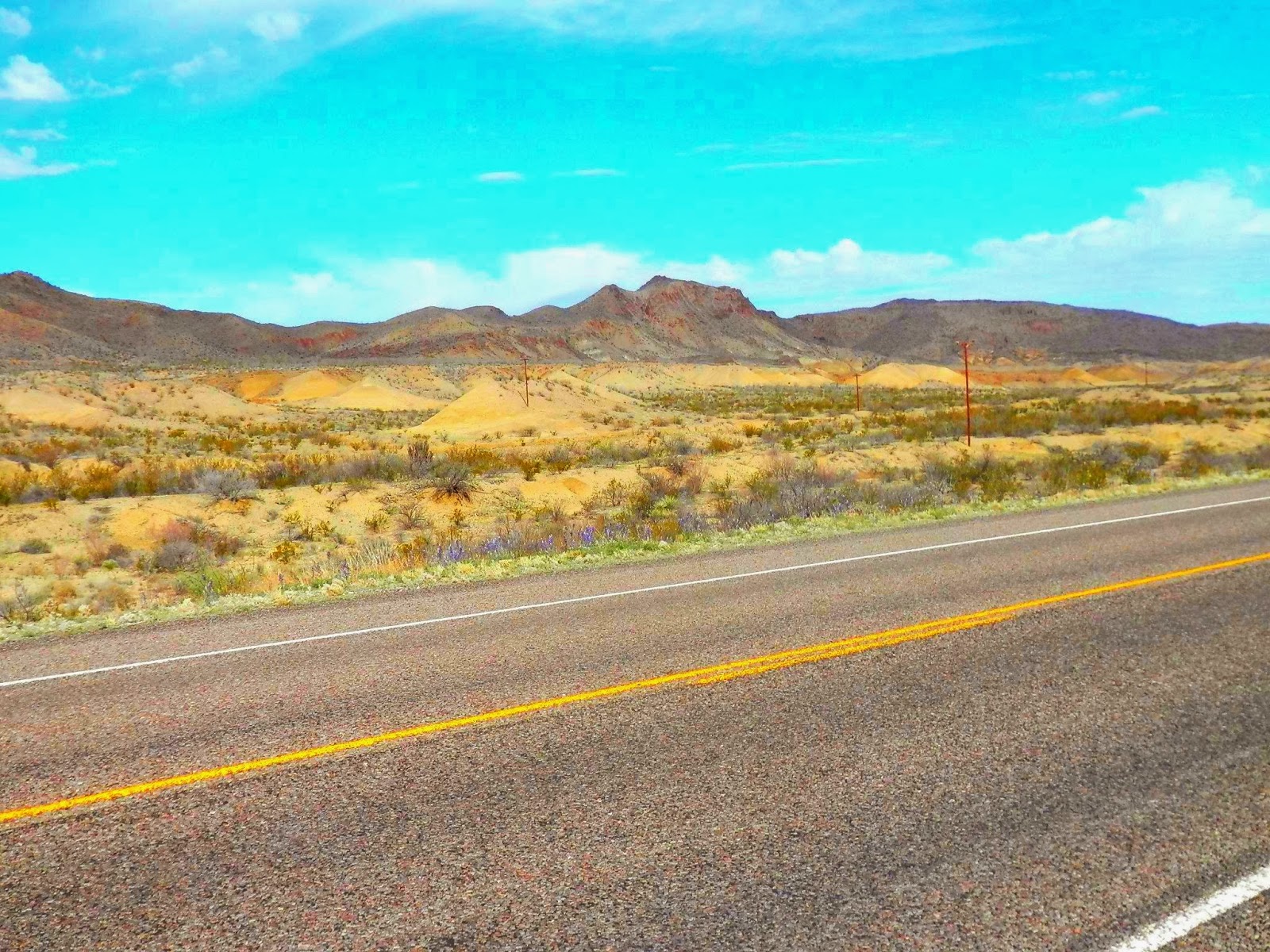 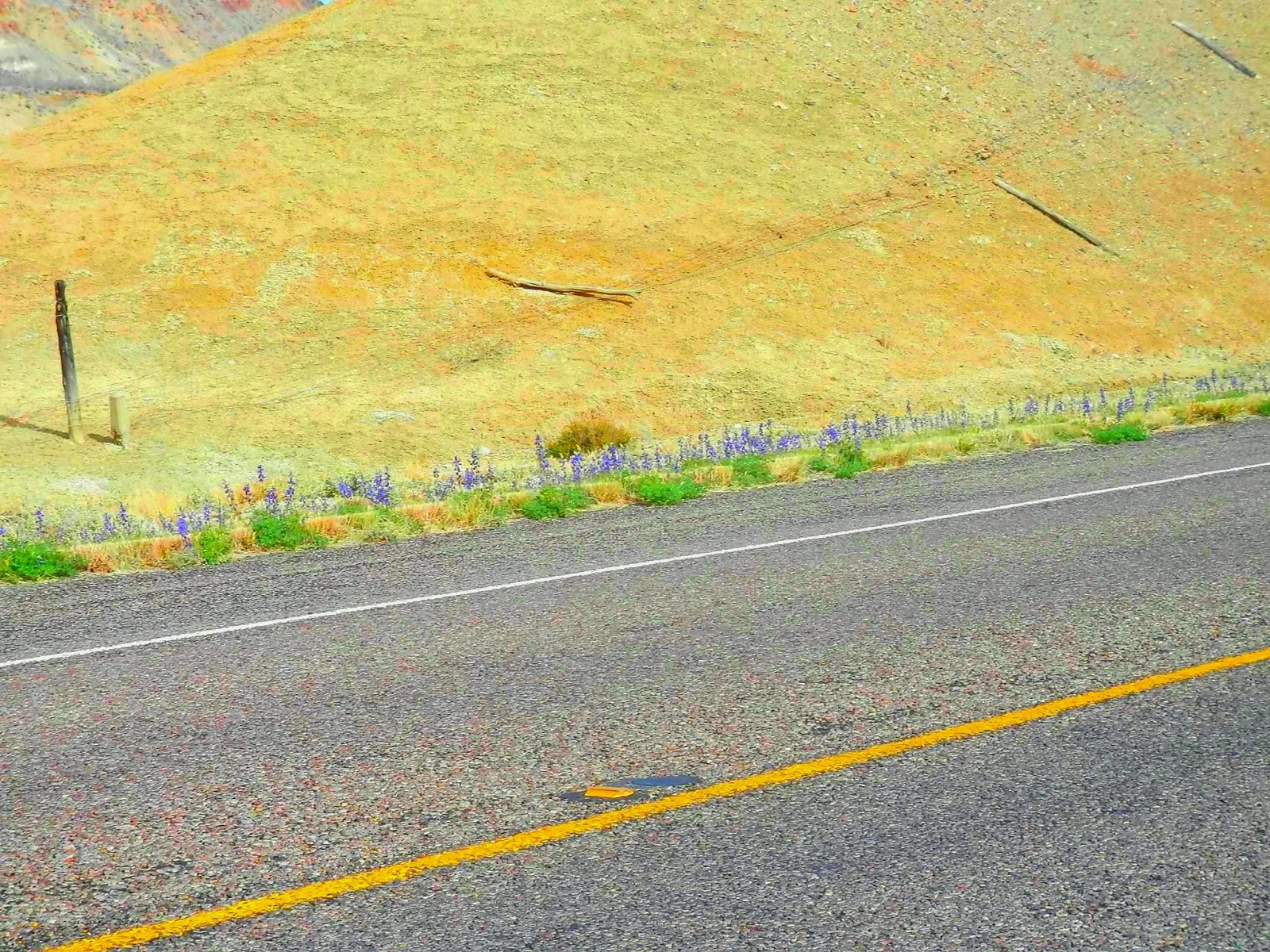 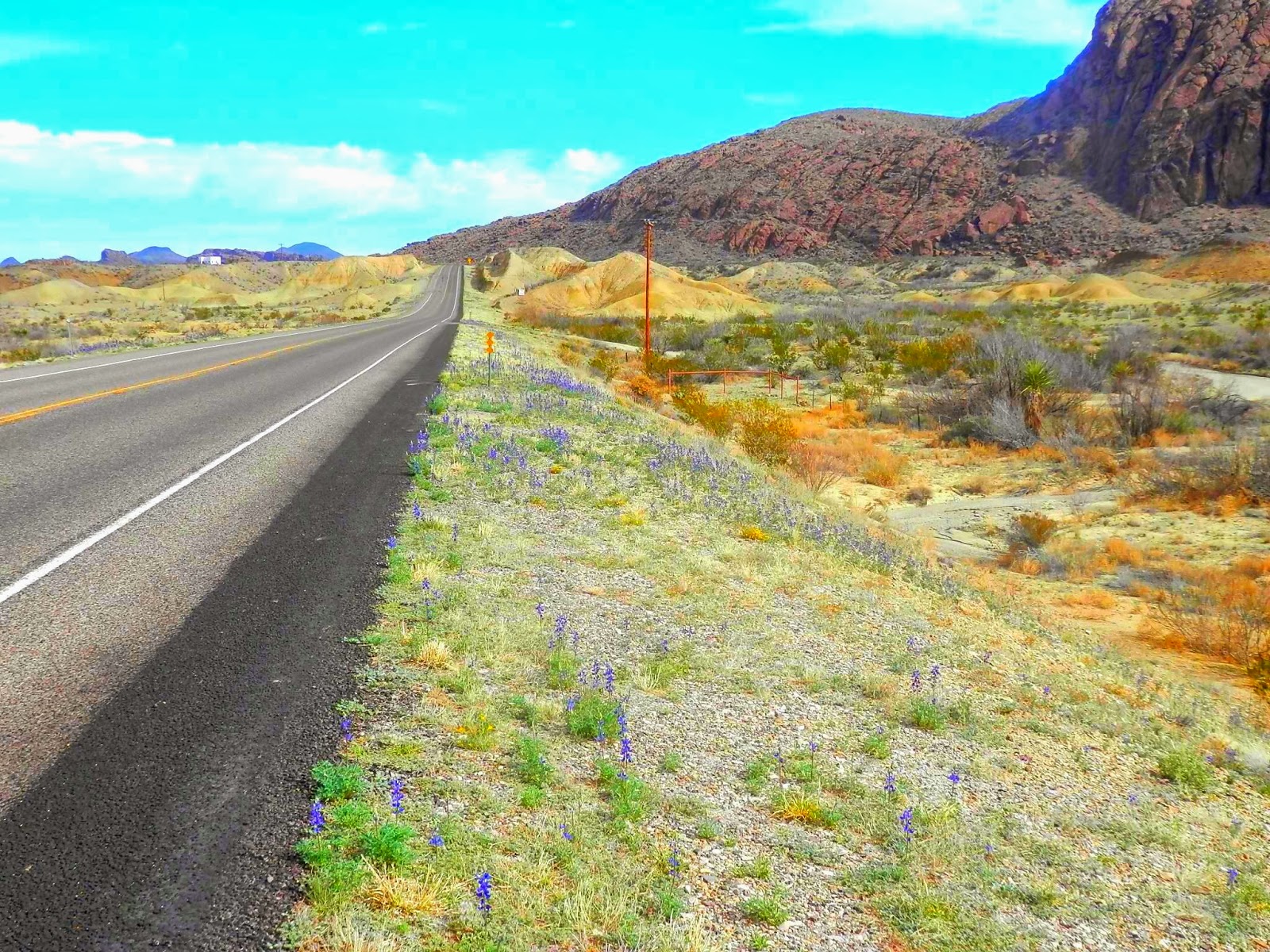 The Blue Bonnets and other wild flowers are blooming along 118 down south once again. I haven't notices any cactus blooming yet though so hopefully they don't know something that the wild flowers don't. (More COLD weather ahead?) At least we only had a low of 30 degrees last night where other parts of Texas were in the 20s. I've had all the damn cold I want!