Another landmark going away. 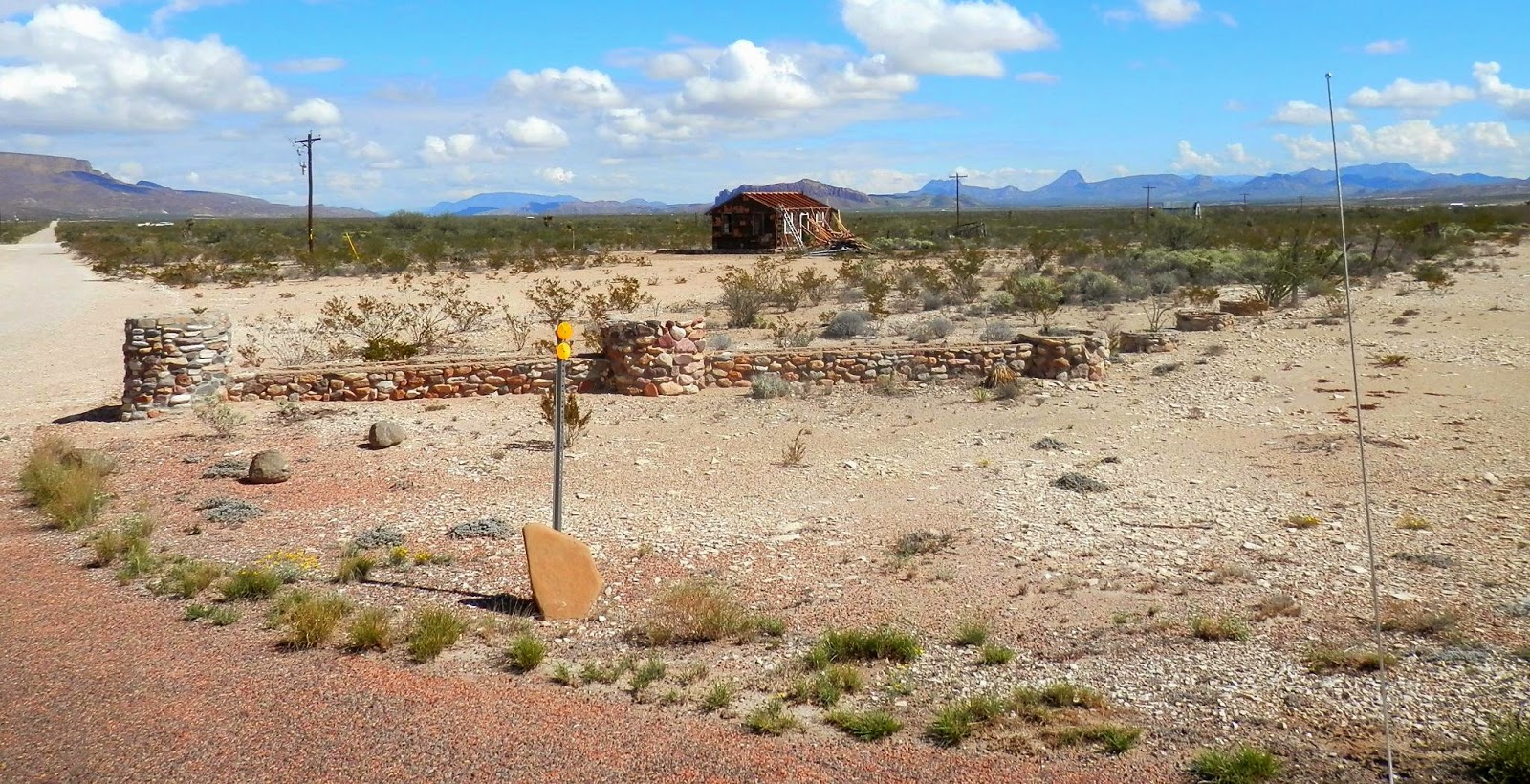 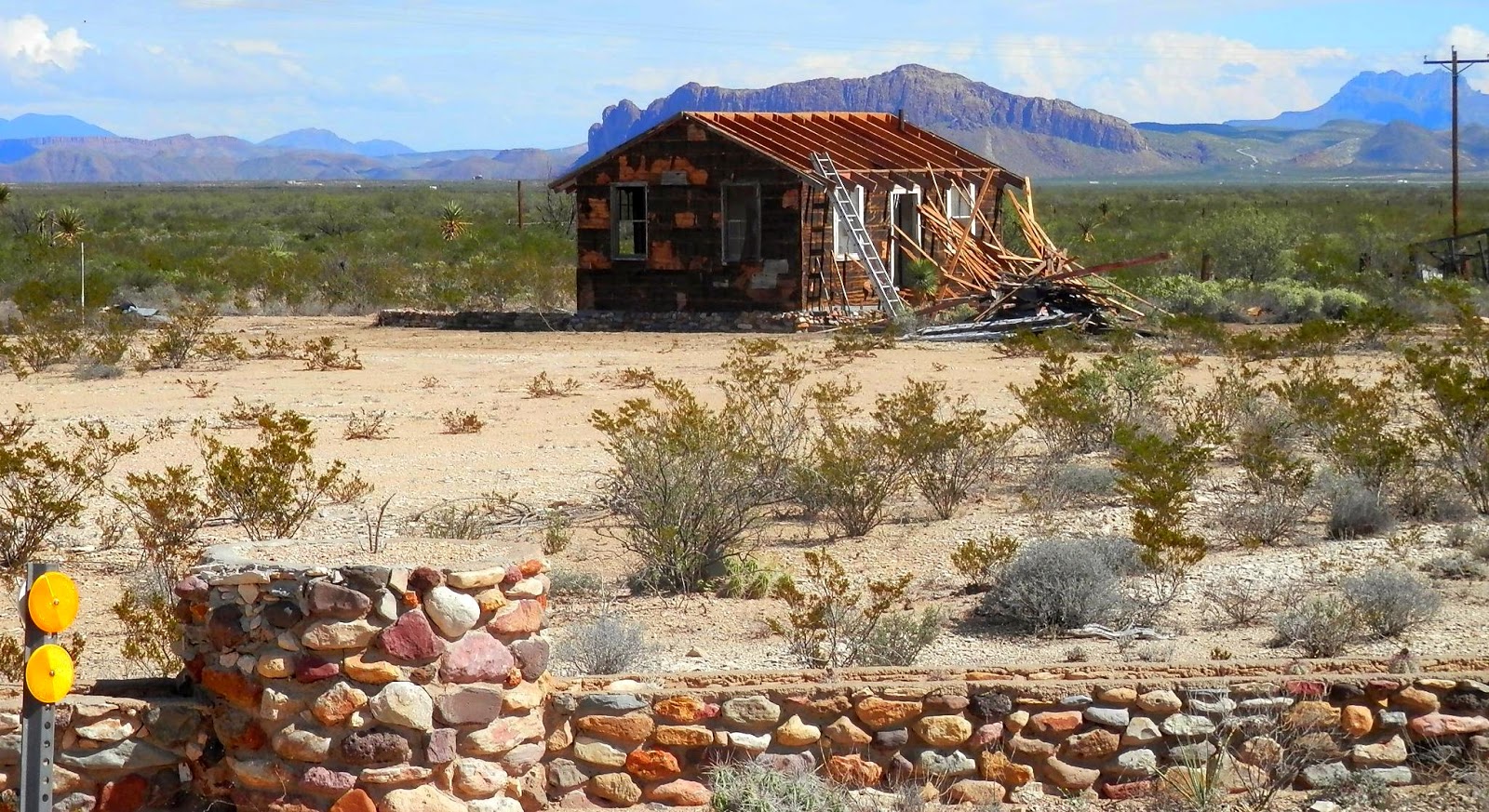 This old house has been here since who knows when. I've been told at one time it was used for the Terlingua Ranch's original sales office, but don't know that for sure.The stone work around the bottom portion of the house was really great and there was also a bath tub made of the same type stone in the bathroom. It sure looked uncomfortable to me though. Almost looked like volcanic rick was used. Anyway the house is slowly but surely being disassembled and will soon be gone. I don't have a clue what will take its place? This house is located catty cornered from the Legion and on the opposit side of Legion Road and facing highway 118.

And below is a picture of 9 points getting squashed by clouds. I wonder if it was foggy up there?

Back When - Sage Blooming 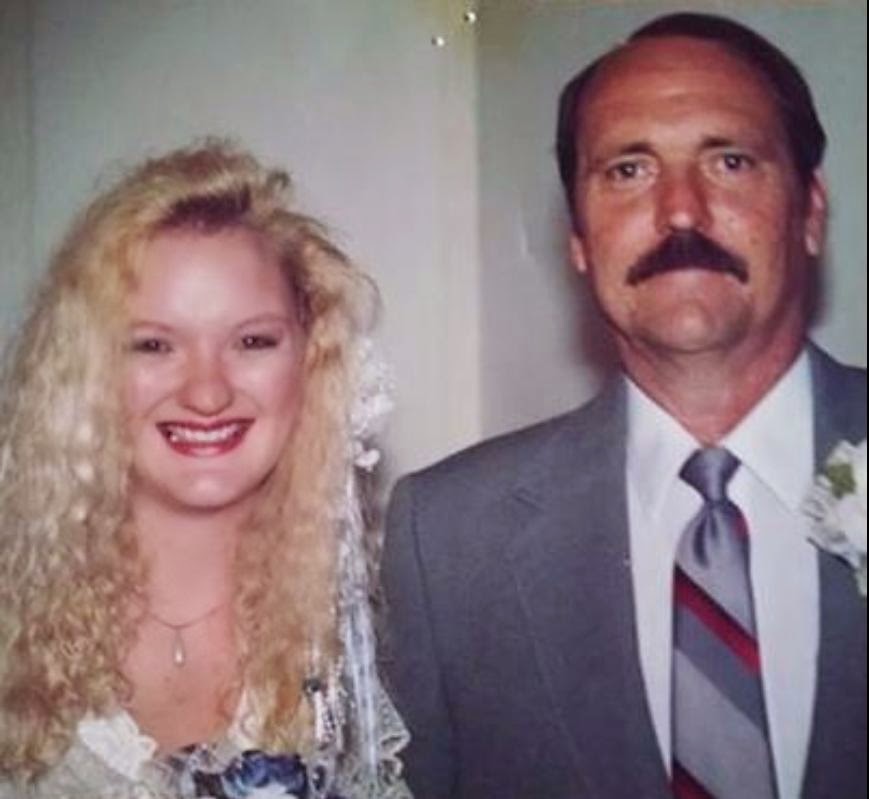 My niece Amy and I at her wedding many a moon ago. My brother had passed away and it fell on me to be the one to give her away. John Wells asked who she was when my nephew posted this on FB and I've had several other people ask who she was since then. Now you all know. She is married guys!

Can't believe I was so clean cut!


And a few pictures showing the sage blooming. I had to enhance the colors to bring out the purple so all other colors got enhanced to. Too bad it doesn't really look this good around here. 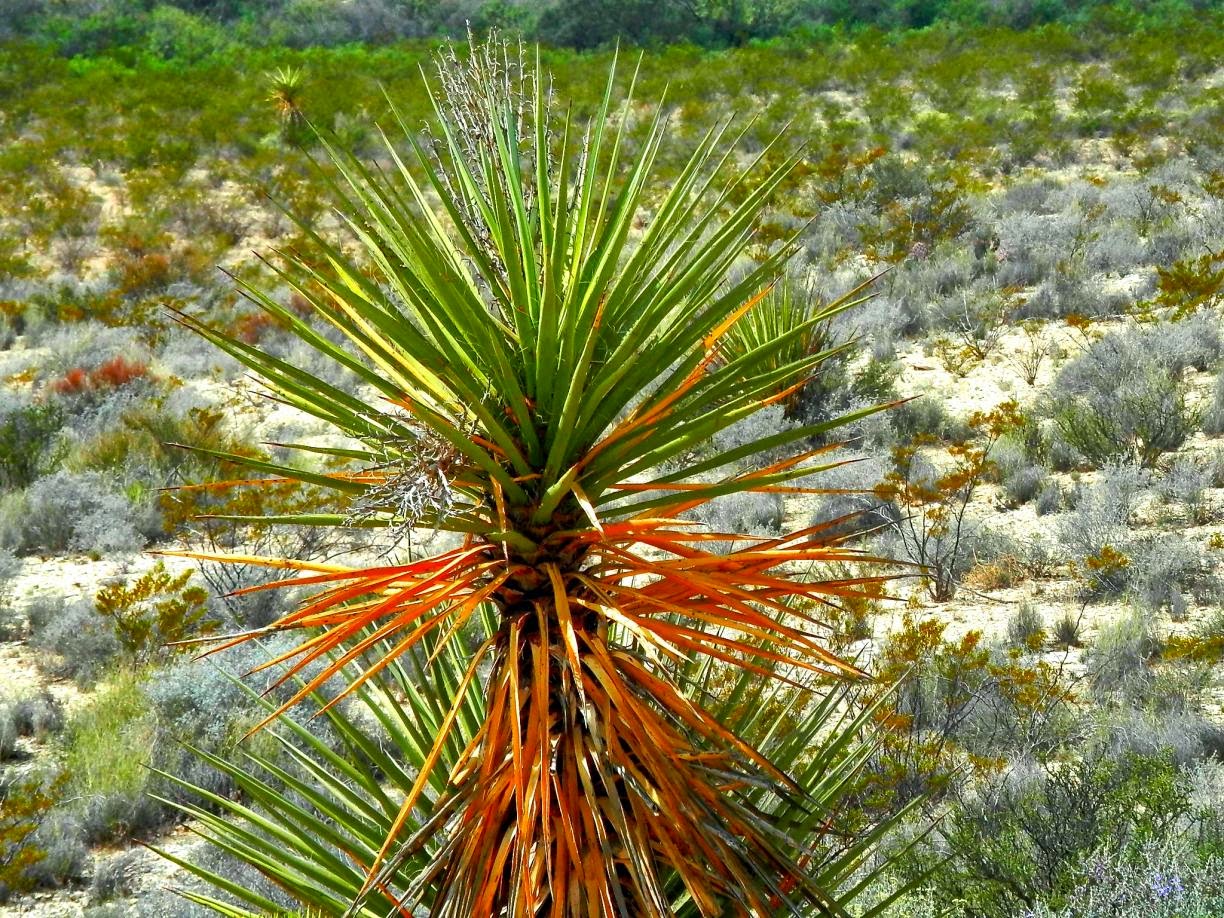 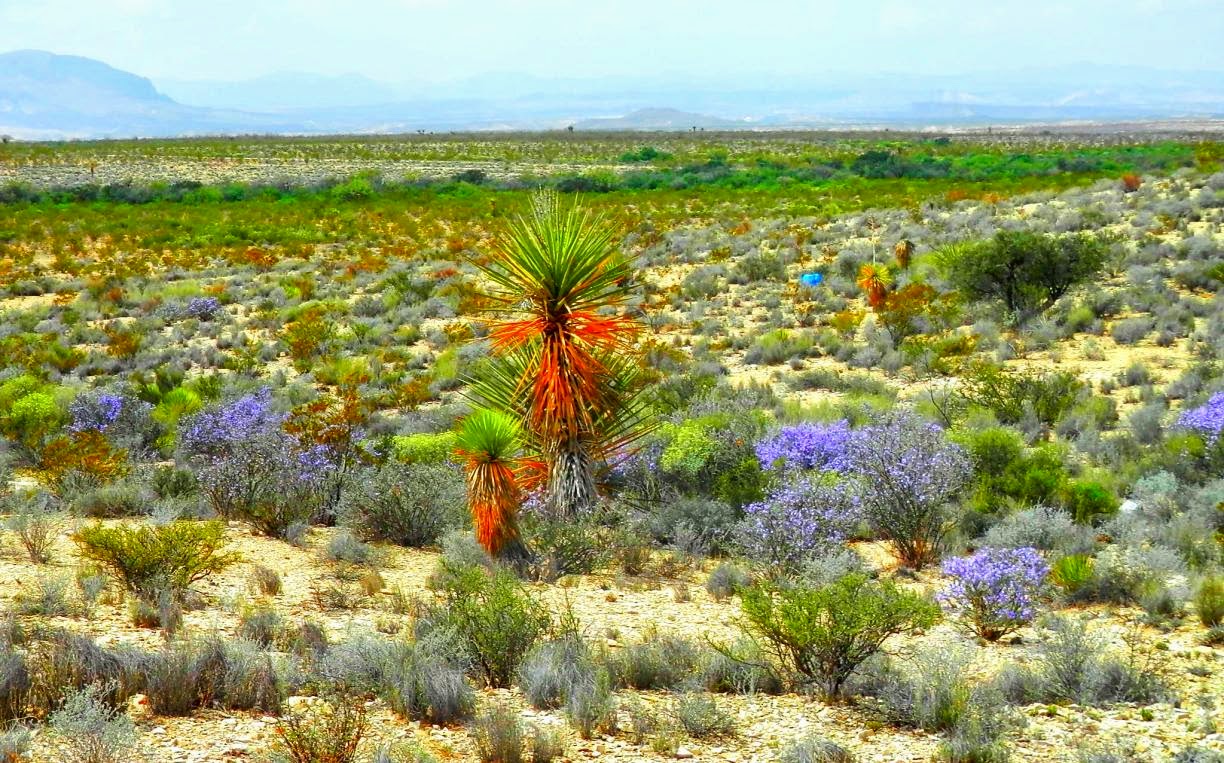 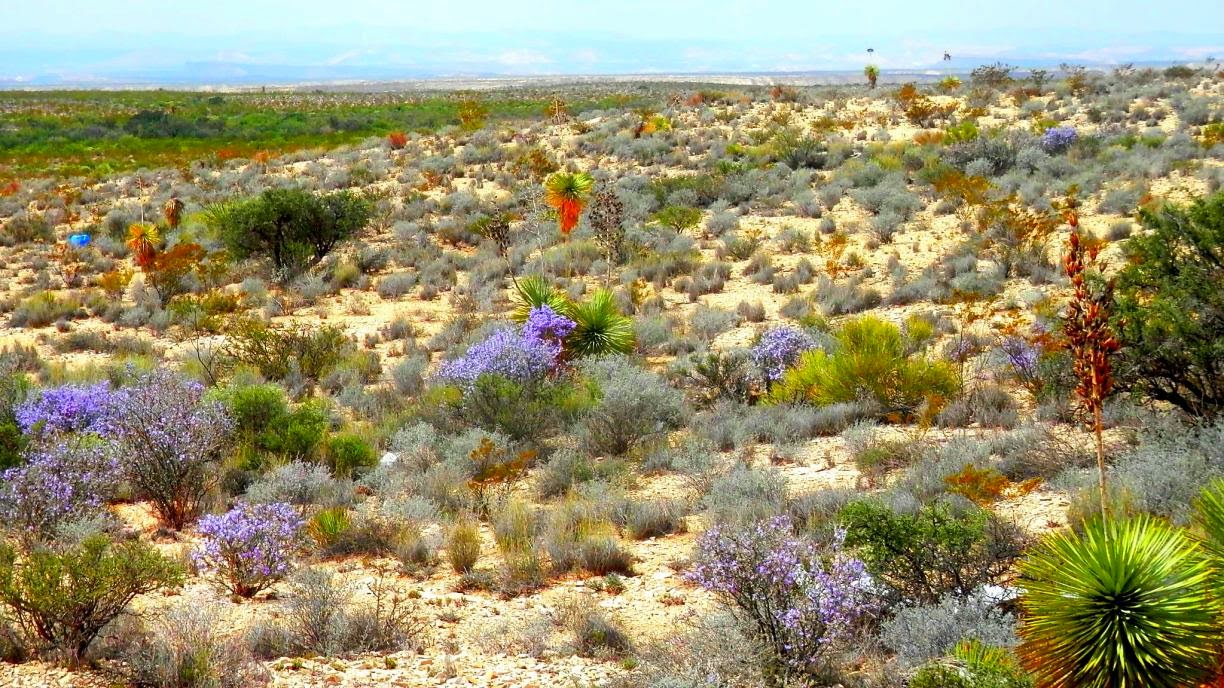 Water Water Everywhere, but not in my tank.

Got another .3 inches of rain last night along with a really nasty electrical storm. Lightning was hitting all around here and some sounded REALLY close. The inverter cut out twice when close lightning hit and I sure didn't know it would do that unless maybe it was a direct hit. Both times the inverter reset its self and the power came back on with in a few seconds. At least this time there was no high wind or hail.

I should have gotten about 60 gallons out of that .3 inches, but I doubt I got much at all because of the below. 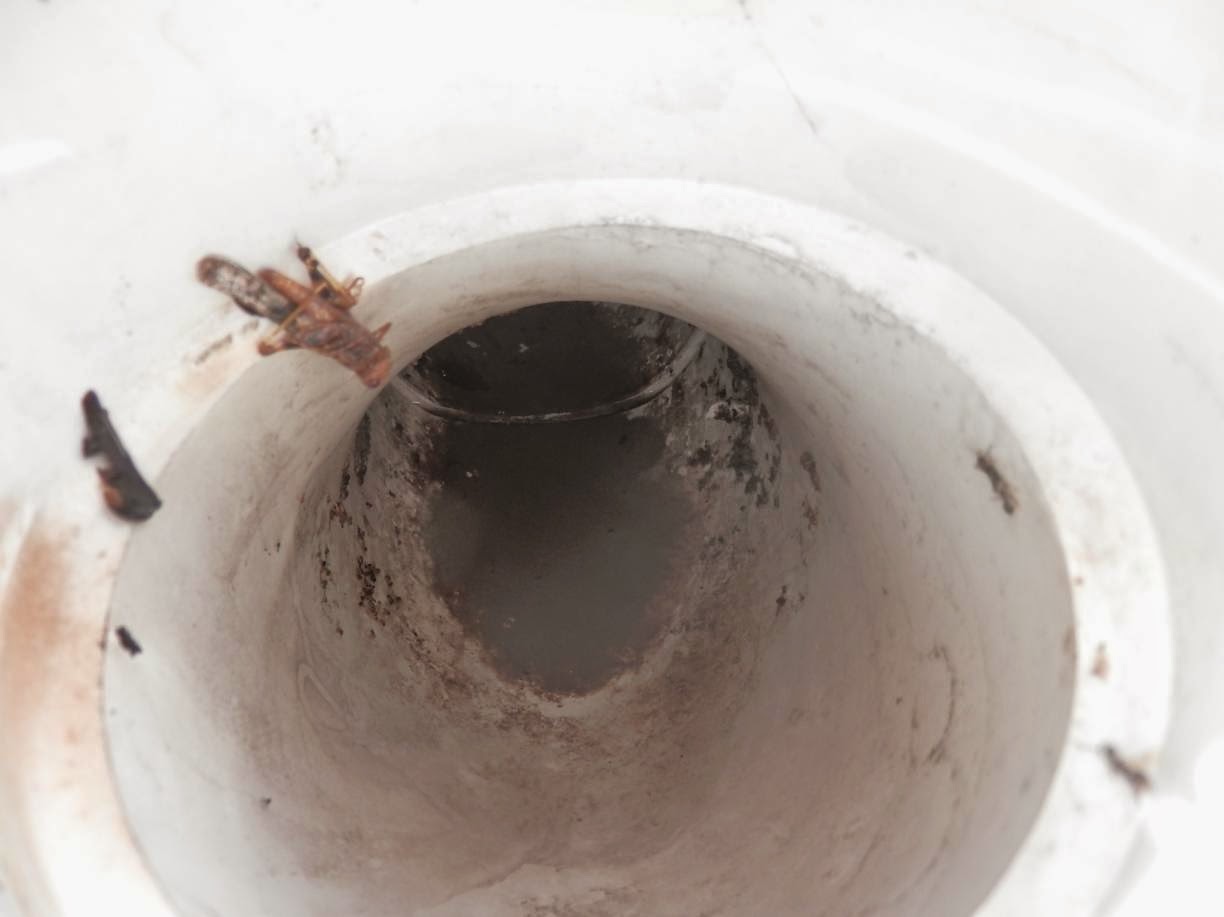 The black stuff in there is gnats that have made their way in to the opening going in to the tank and with the very small screen filter had more or less completely covered the screen. I need to come up with a better filtration setup, but for now I have this cleaned out so hopefully when I get more rain I'll actually get water out of it.

I know the thought of this is probably gross to some, but that fine screen does at least keep the water inside pretty clean. Of course some people actually drink their rain catchment, but I don't. I add bleach to it occasionally, but just use that water for showers, washing dishes, flushing the toilet and stuff like that. I buy my drinking water separate from hauled or catchment water. I have heard of people finding lizards, mice and lots of bugs floating around in their tanks. I'll just have to keep the screen clean!
Posted by tffnguy at 1:18 PM 14 comments: 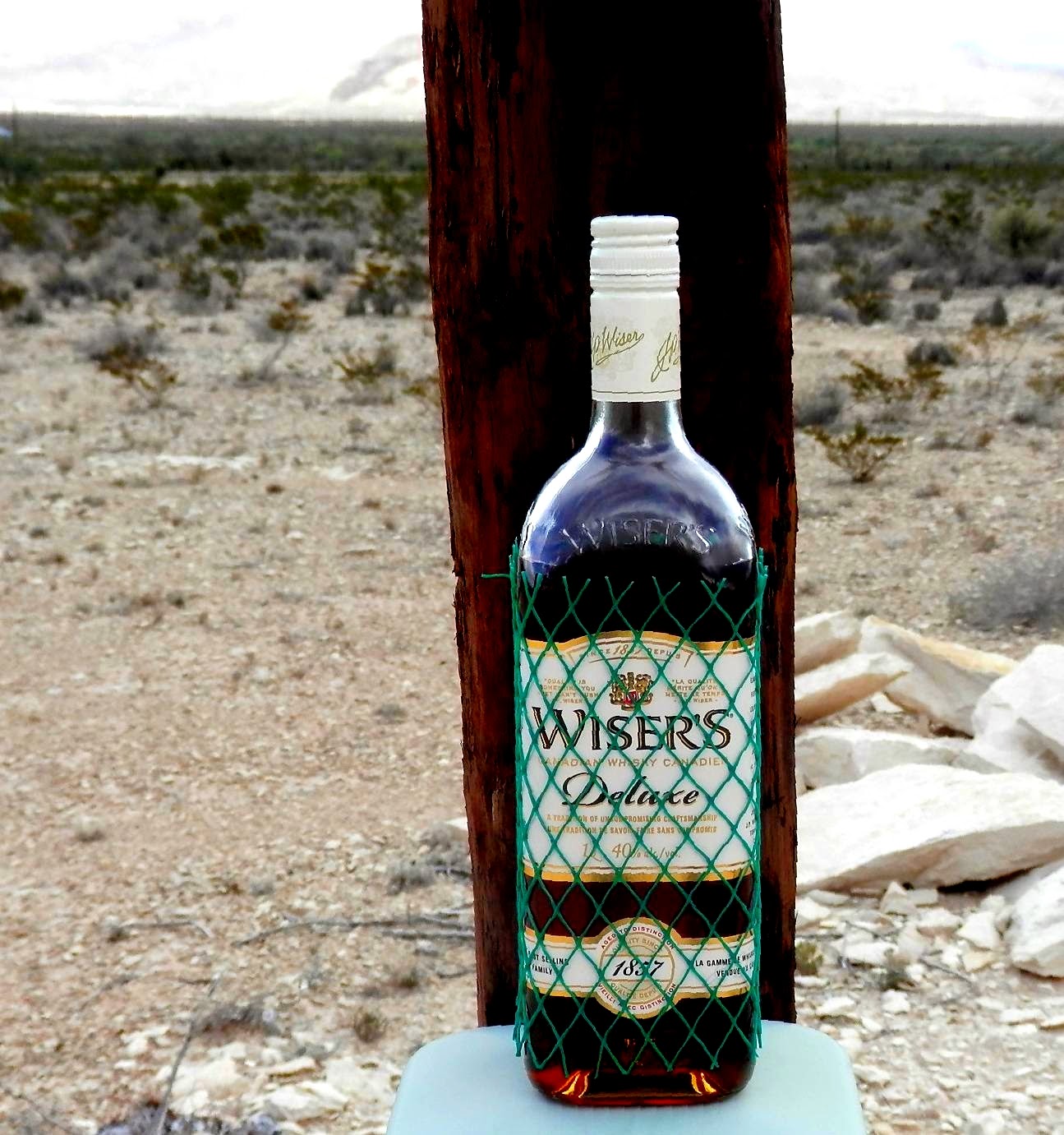 A gift from MyPalAl. He's back down here from Canada and was planning to sample some of our SUMMER temps, but he screwed up and brought the Canadian temps with him. Low last night was 57 COLD degrees. Well its cold to me and I guess Shelah to because now she is wanting in the cabin which is very rare now days. Three days ago the high was 106 degrees and today is supposed to be in the low 70s. UG! Now... About the whiskey its premo Canadian whiskey in a place where most people that drink Canadian whiskey drink the cheap stuff. This will be reserved for sipping! Considering a jug of the cheap stuff down here costs $19. it would cost a Canadian over $60 in Canada so I figured he paid an arm and a leg for the Wiser's. However, he wasn't missing any of his limbs when he got here so I suppose they made him take out a bank loan to buy it.

On another note there is going to be a fund raiser meal at the Legion today which I believe starts at 5:00 or 6:00 PM. The proceeds will be going I think to the Family Outreach Center so it will be going to a good cause. From what I hear, but am not 100% sure of the meal will consist of fish steaks and I'm not sure what else. If you choose to come and support the Sons of the Legion with this fund raiser and get a meal out of it then come on to the legion. You can bring a side dish if you like (sort of a pot luck) to go with the meal. The cost for the meal is I believe under $8 so it shouldn't break the bank and will support a good cause. There is supposed to also be a skeet shoot starting at 2:00 so you might want to bring a shotgun and some ammo for that. (That could be hampered or canceled because of High Wind though!) Its been blowing non stop since yesterday afternoon and shows no sign of letting up. It is also extremely cloudy here and still 59 degrees. You would want to bring warm clothing. There may or may not be entertainment also. Sorry for not having my act together on this, but I've only received a few "I think" comments from others about it.

Below are just some pictures for filler. 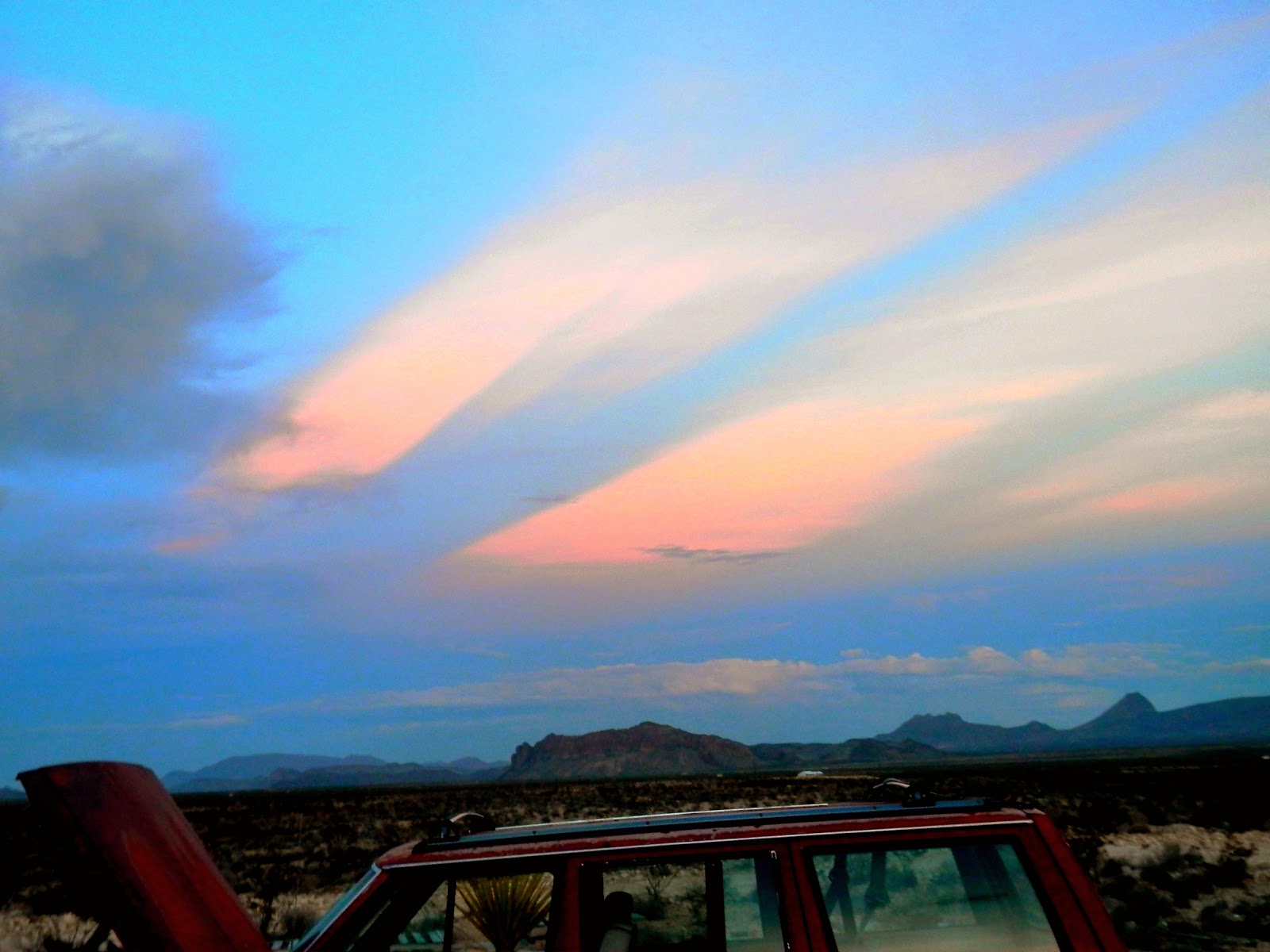 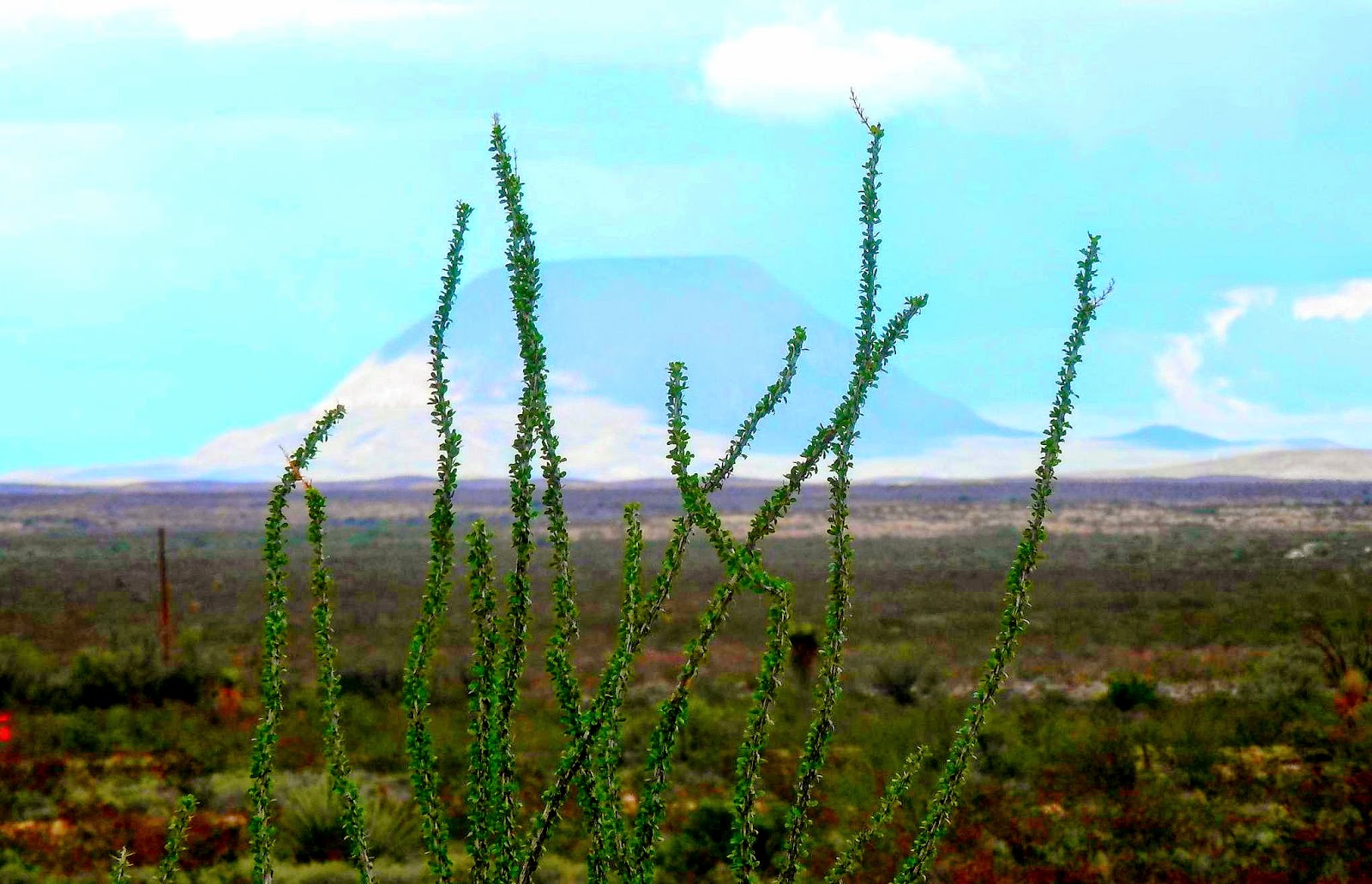 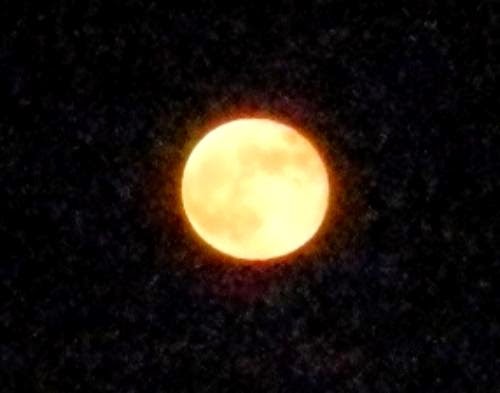 The moon shot was the night after the super moon and unfortunately it was too dark for the camera to capture the full view. It was rising over 9 points where there is a divot on top of the mountain. It appeared to be rising out of the mountain in that divot. It was awesome!

And as a warning to travelers. They are taring and graveling 118 from the Ranch Road to the ghost town so it s a mess from what I hear. I bought the last windshield repair kit they had at the little store at the Ranch Road. So far I haven't had to go south, but sooner or later I'll have to. Every time they do that I get more dings in  the jeep windshield. I took the Caddy back to my niece last week and it was a good thing!