I keep hearing the question "When are you going to post another blog?" and since its been a pretty good while I guess this will be it.

I don't really like posting blog posts without pictures and I haven't been taking any because there just haven't been any photo ops that I've thought was good enough to post. Main reason is I keep forgetting to take the camera when I go somewhere and I don't get out around here anymore because of my bad leg. Anyway so this post isn't without pictures here are some that were posted on here a good while back. 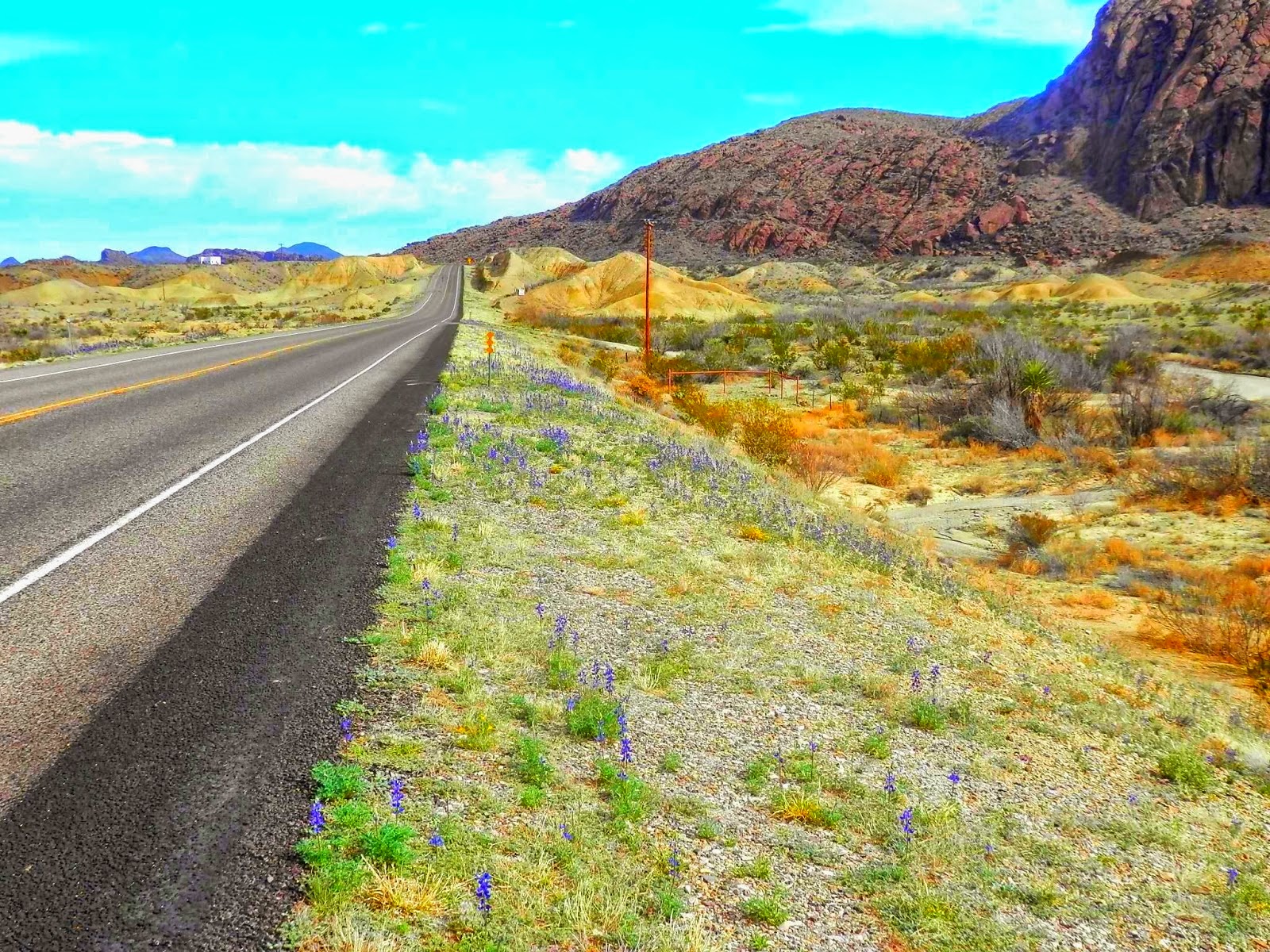 Once again the bluebonnets and other wild flowers are already blooming along 118 further south near Study Butte. Hopefully this last cold snap won't effect that, but it did get down to 27 degrees early this morning. It has been a much wetter fall and winter than normal so hopefully we will have a beautiful spring. 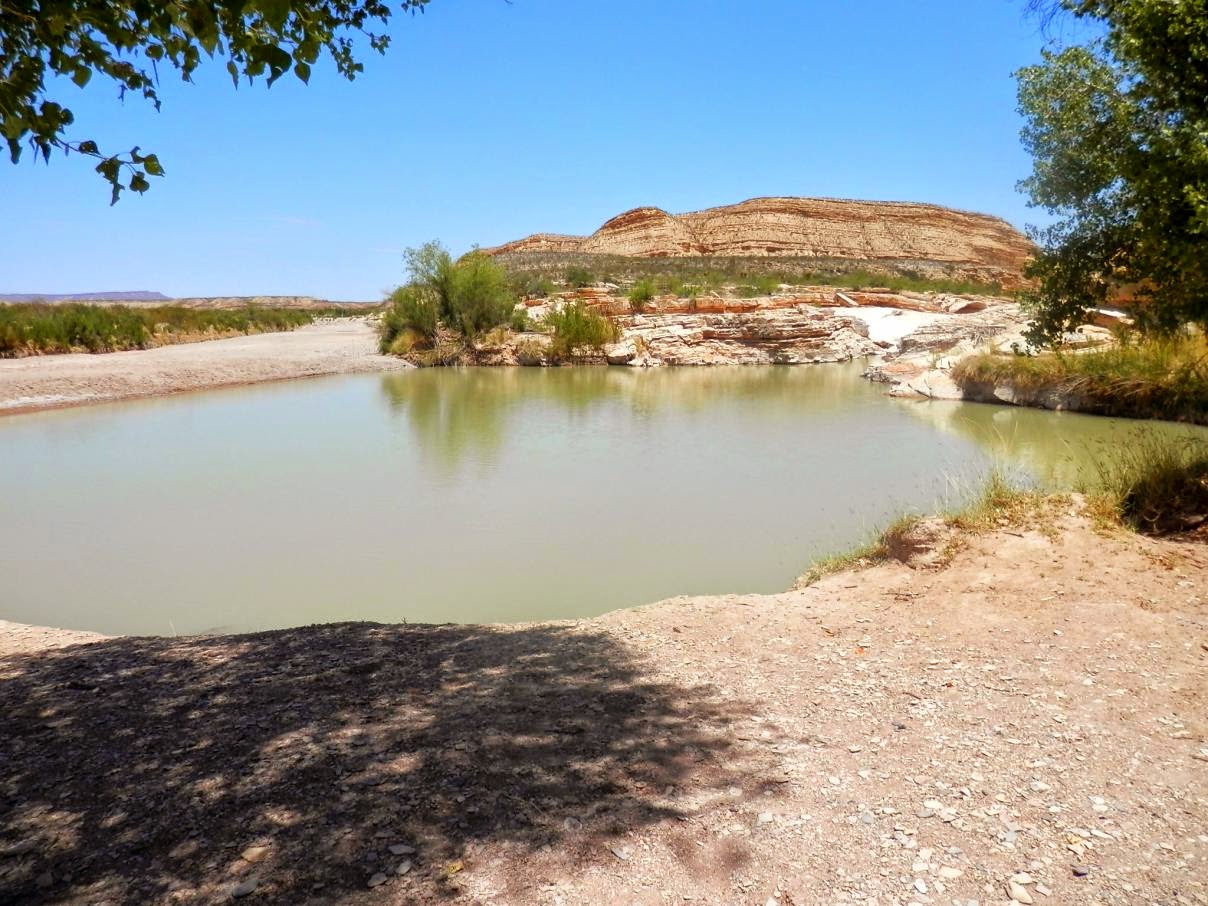 Remember the swimming hole? Well I haven't been there in a LONG time and there are a couple of different rumors (or possibly facts?) going around about it. I guess I'll have to try and make it out there when spring gets fully sprung to see. One is that a flood from one of the big rains filled it with silt and there isn't a swimming hole there anymore??? Another one is that one of the land owners between it and the access has fenced it off where you can no longer get to it. In either case that would be a REAL SHAME! 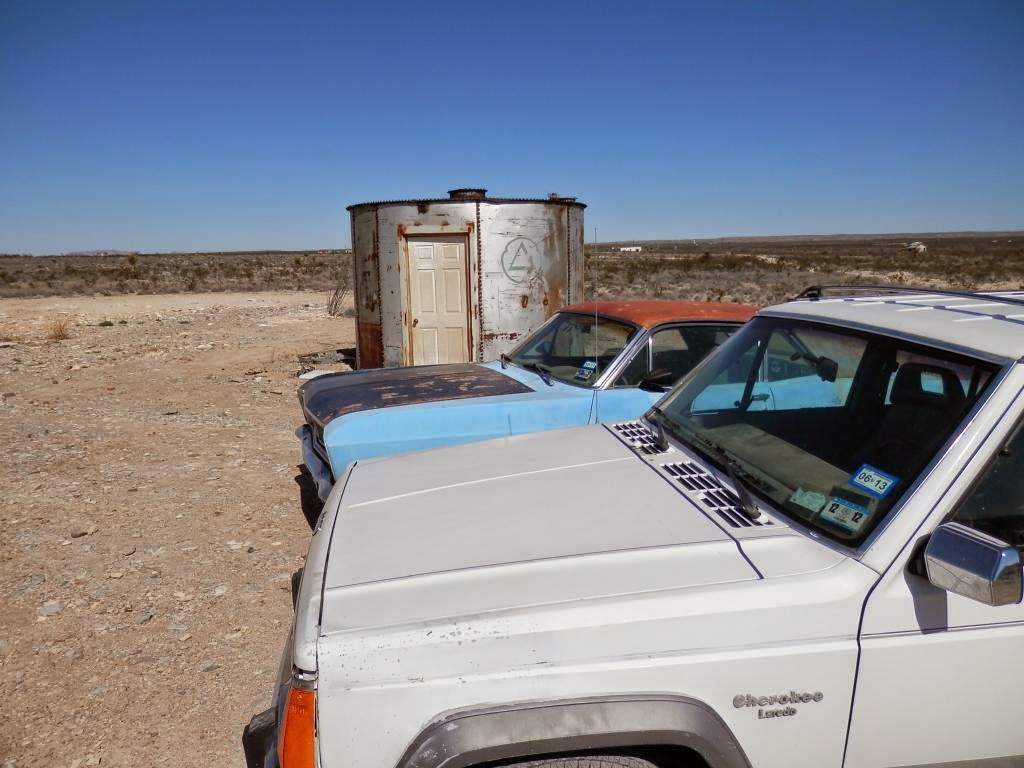 Pretty near since I've had the jeep it has leaked oil at a rate that I should have owned stock in oil just to offset the cost of having to buy oil for it. A while back one of the members posted on my classic car site about crankcase ventilation and what happens if it weren't there. I had known this years in the past, but had forgotten about it and because of his post decided to check the jeep for that. I found that the crankcase ventilation hose was kinked and was causing oil to blow out the filler in the valve cover.  Fixing that totally stopped the oil leak and it doesn't burn oil either so... That will save me a fortune in oil and open up being able to take the jeep out of this area again.

Well until next time that's it Folks.