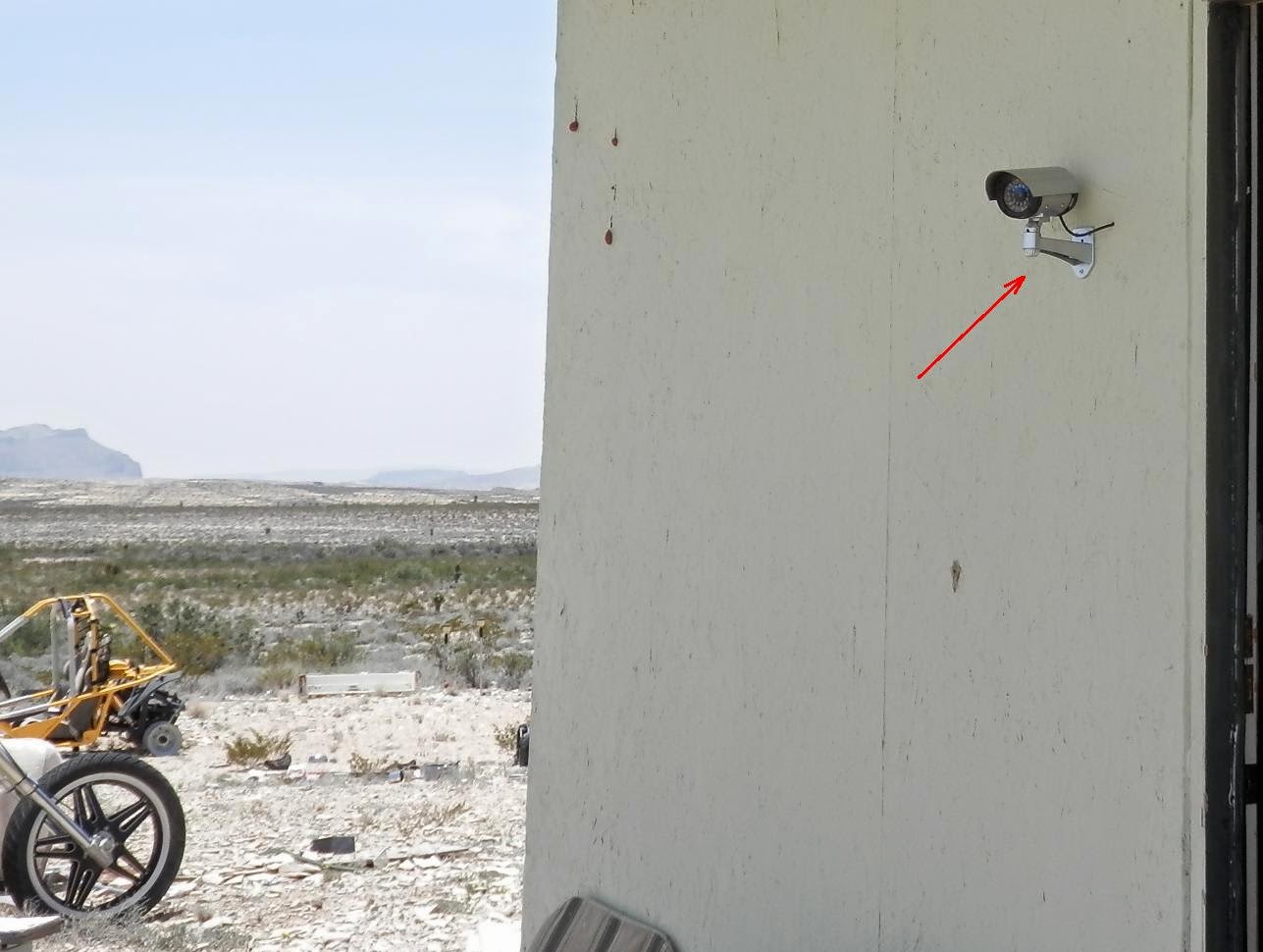 I went over to visit a couple of friends for a while and when I returned home I noticed that the upper spigot on the tank was dripping. I figured it just started leaking so went to tighten it and found it was full open. Someone had come by while I was gone and dumped about 250 gallons of water on the ground. Now stealing water down here is bad enough, but to waste it is a real crime. I'll be adding three more of the night vision cameras before long. I didn't call the sheriff's department. I'd rather catch the AH red handed the next time and use the Texas Castle law to deal with it. 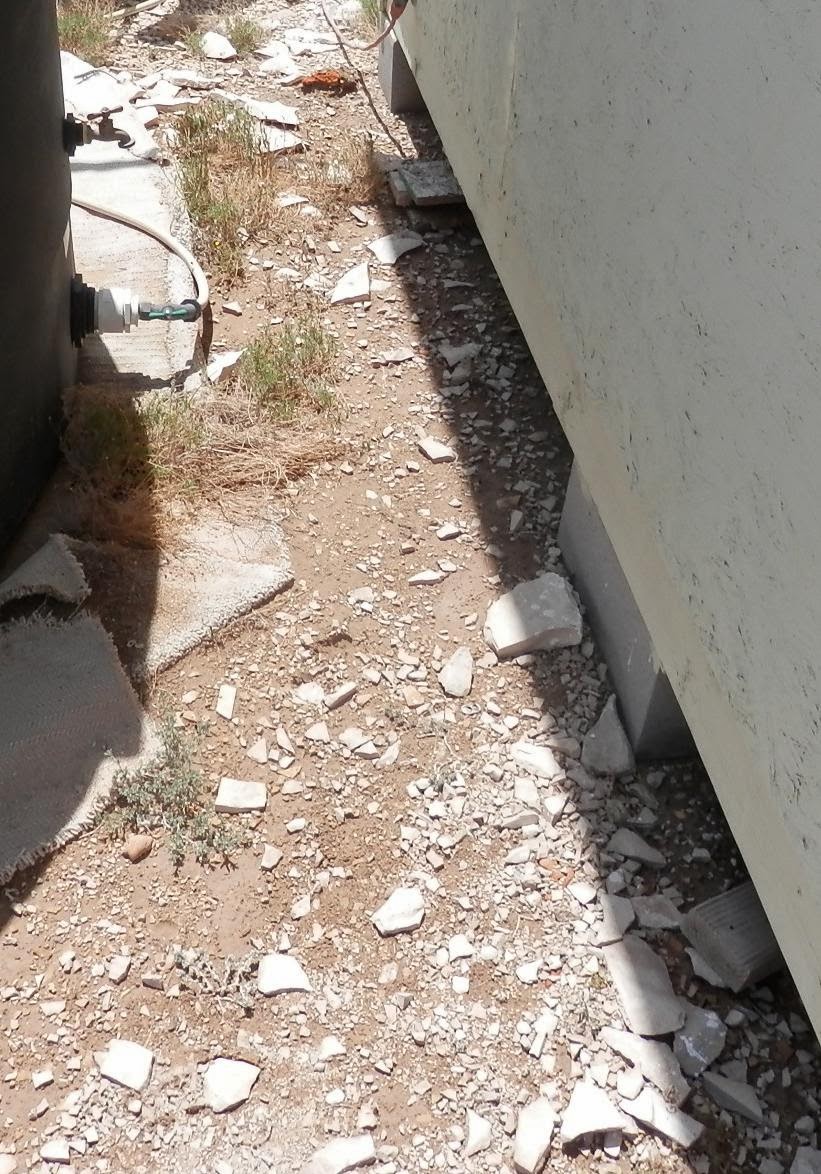 And on another note... 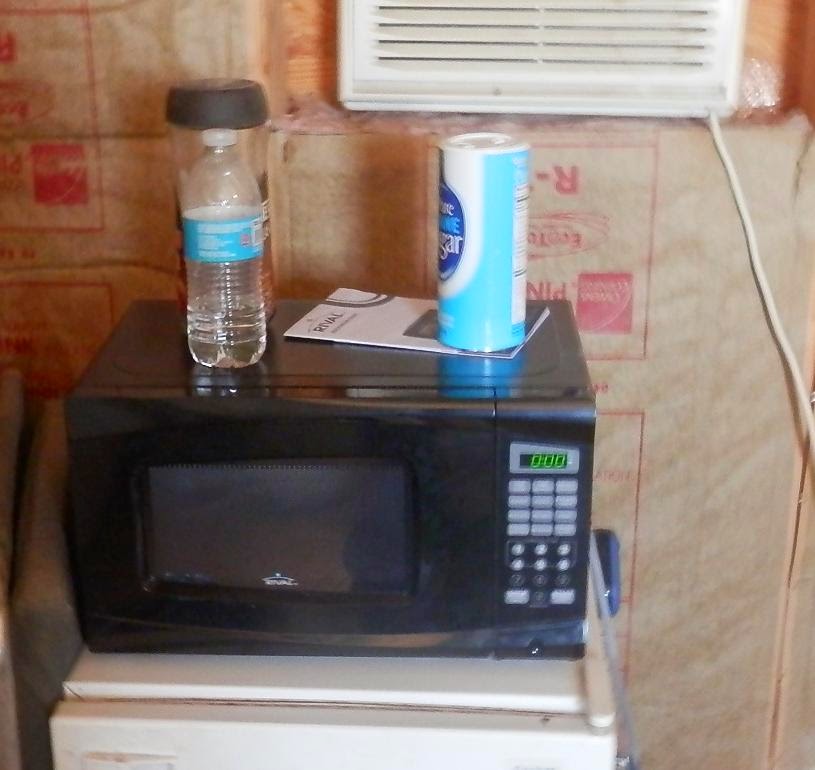 Picked up a small microwave while in Odessa and it works well running off the inverter. Now its back to morning coffee (even if its instant) and hot meals on demand. 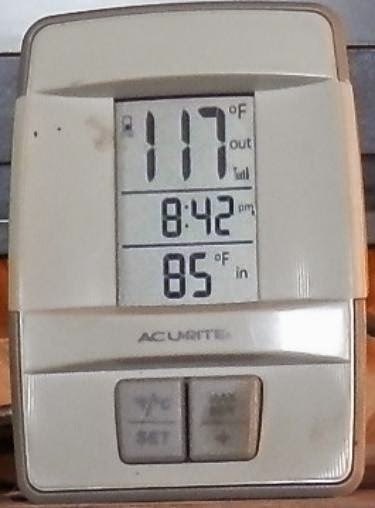 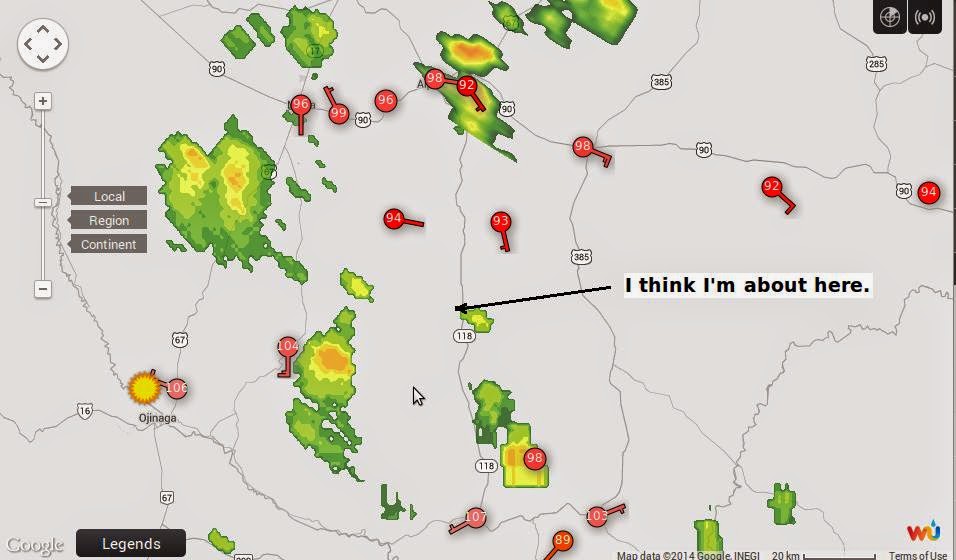 I picked up about 150 gallons of catchment while i was gone. Maybe more coming?
Posted by tffnguy at 4:23 PM 9 comments: 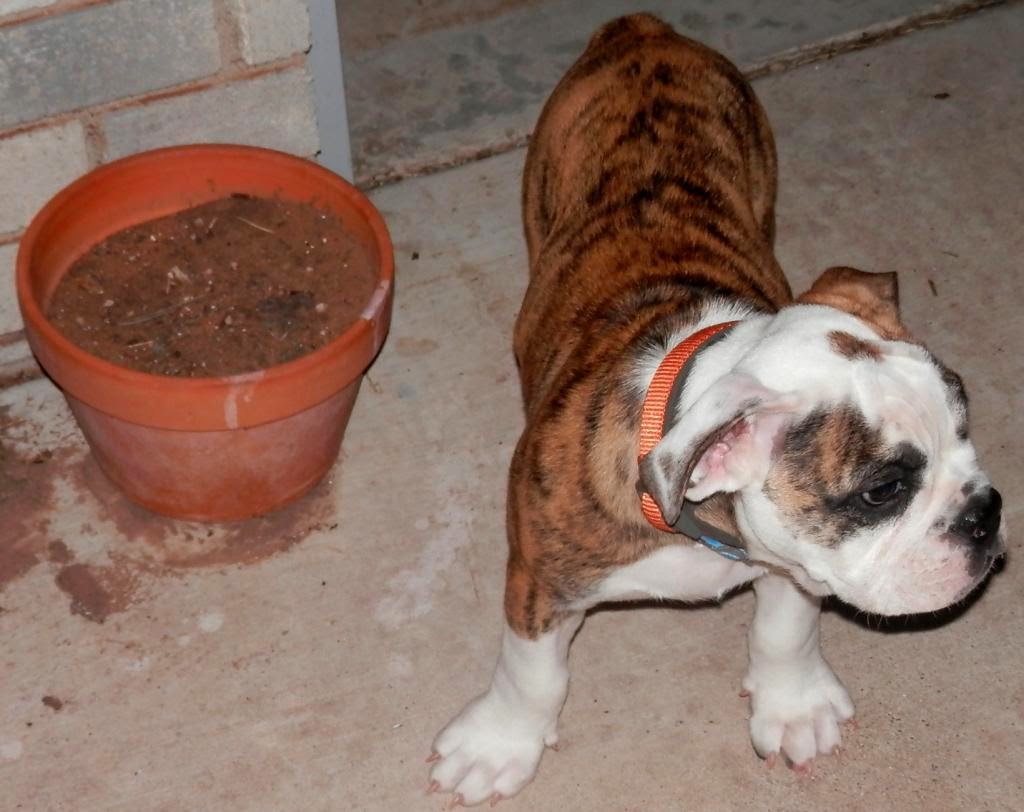 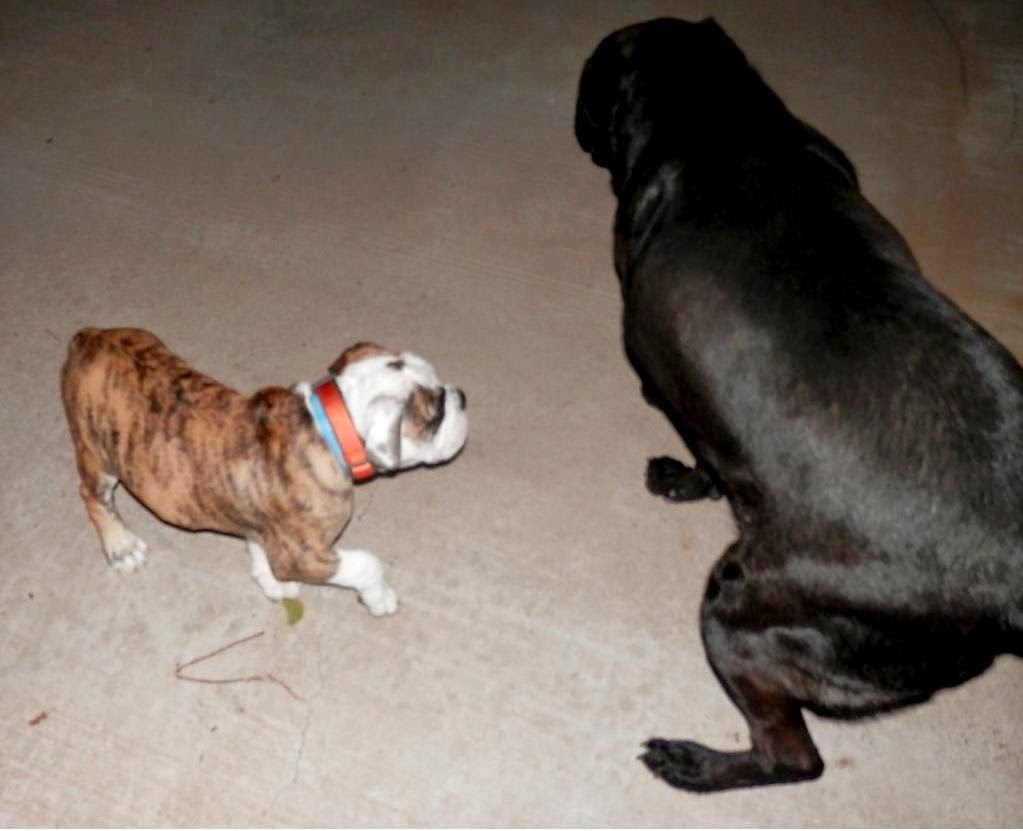 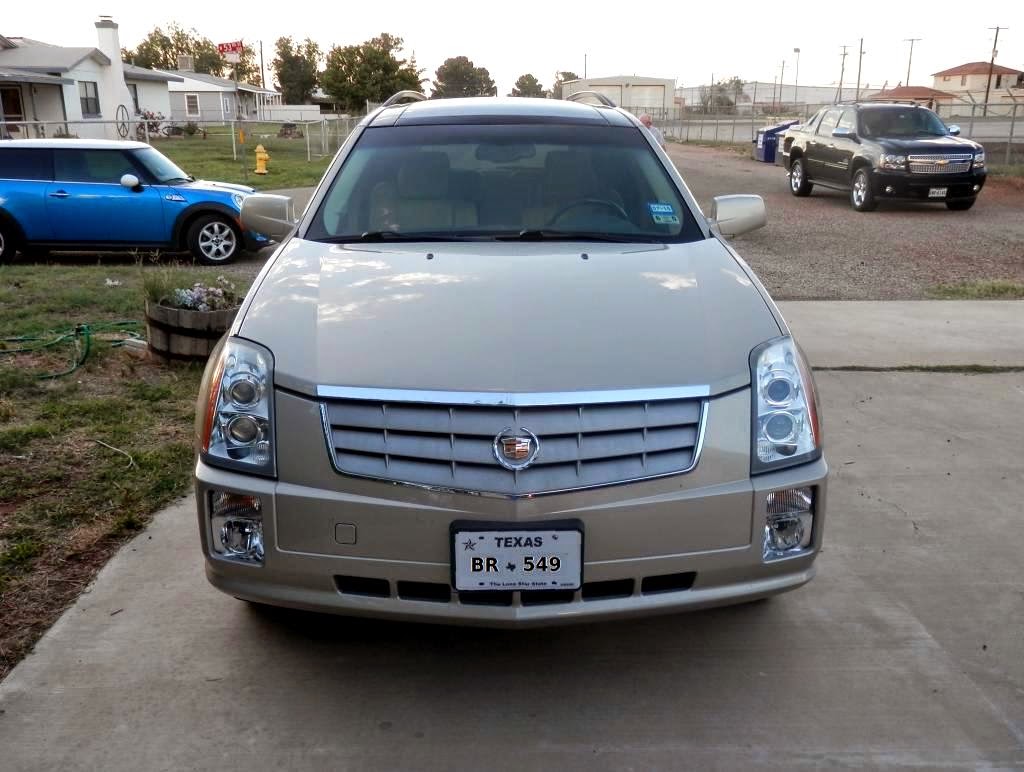 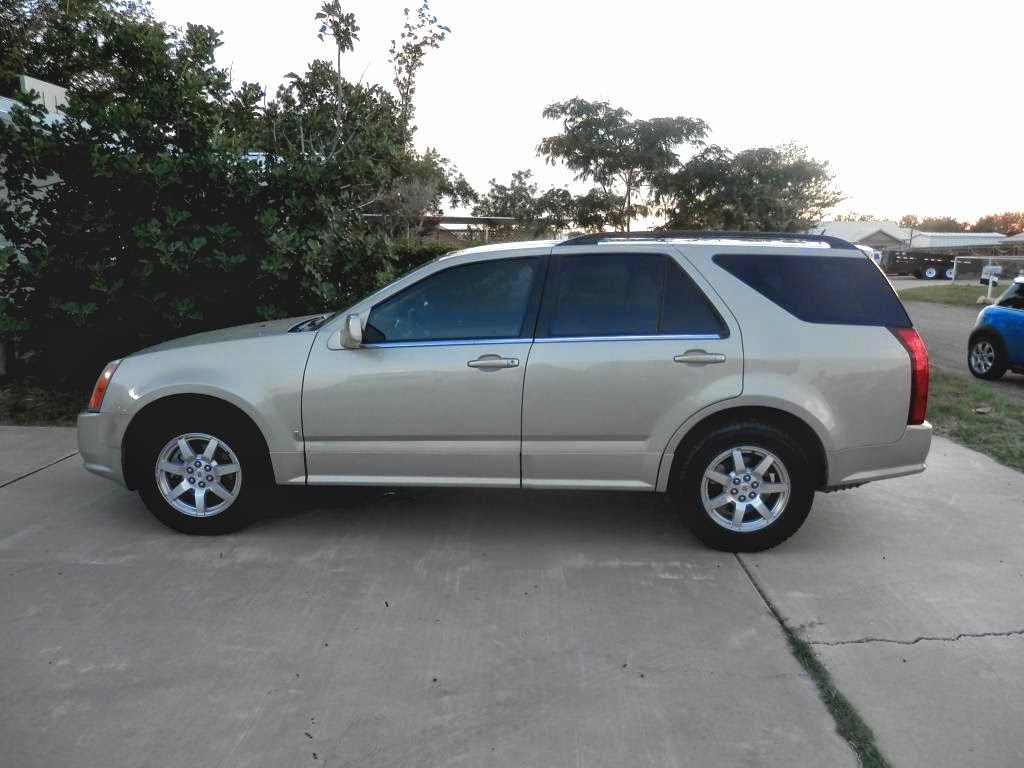 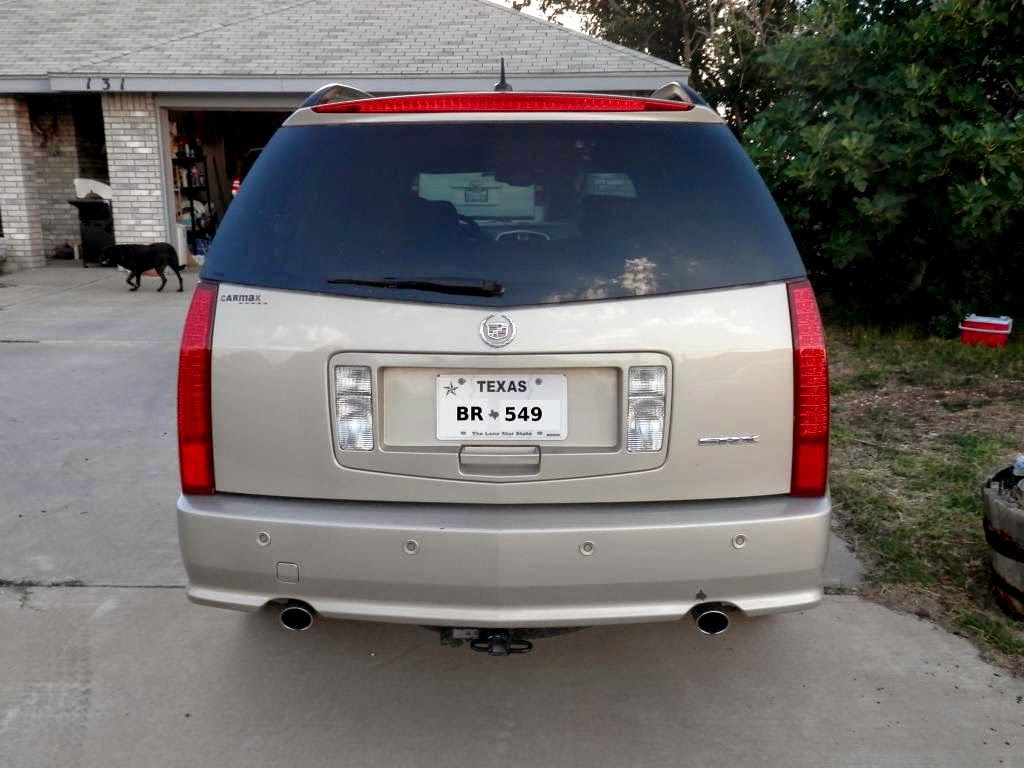 And before the rumors start flying I'll start it off. Here are a few I imagined and will add others from the locals as I hear about them. ;) 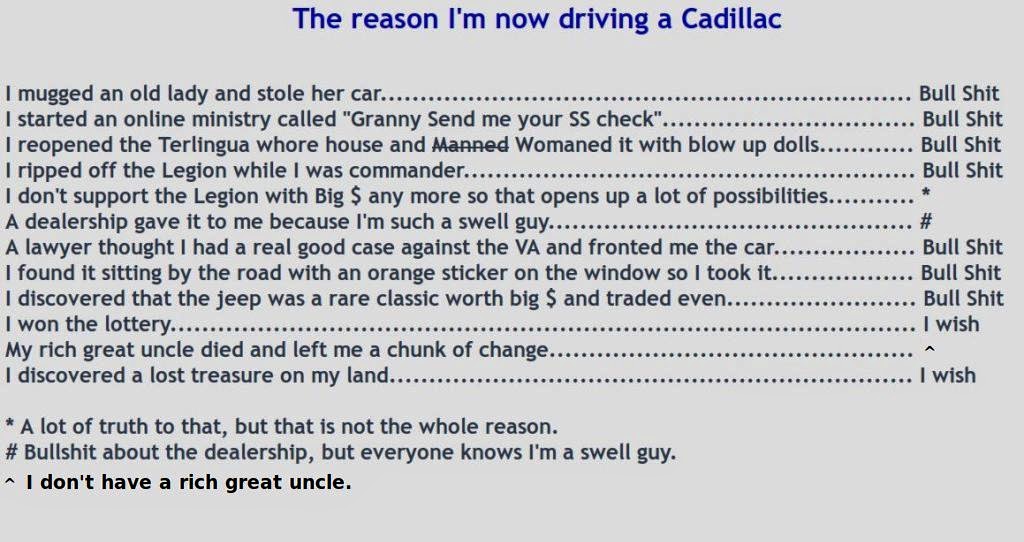 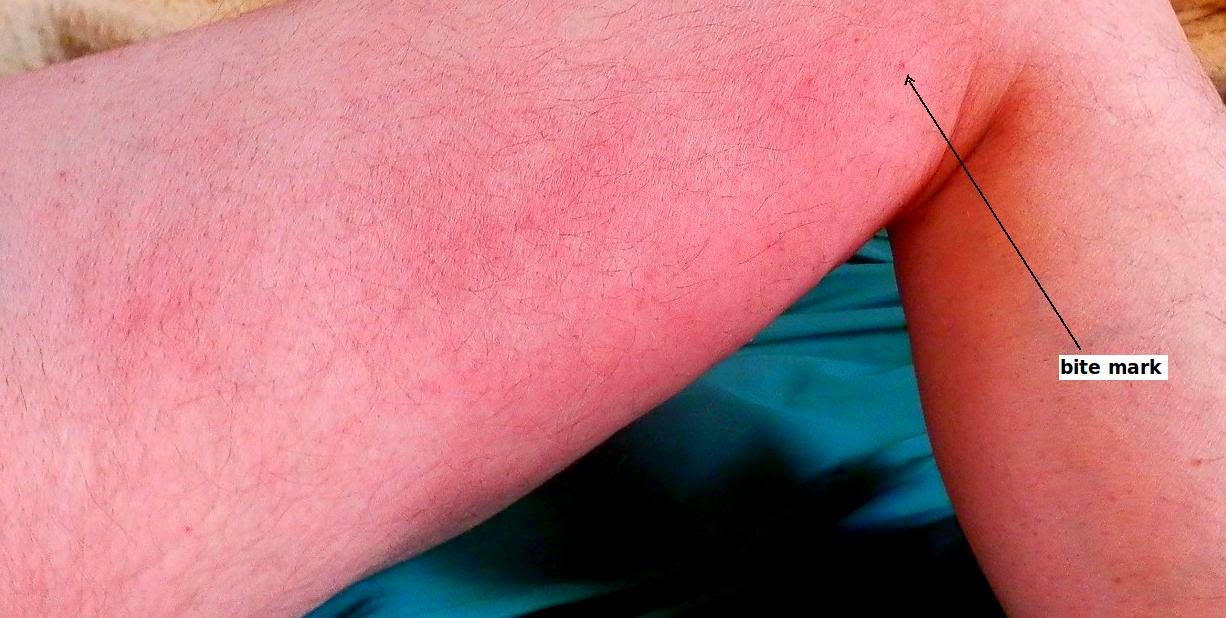 Several weeks ago I got bit by something again that evidently my body doesn't like. The bite mark all but disappeared like happened the last time I wound up in the hospital because of the blood infection. There is still a large knot around the bite mark though. This is the inside of my opposite leg and basically the same thing is going on. Very painful now and the reddening is slowly moving up toward my groin. Looks like more hospital time for me. :( 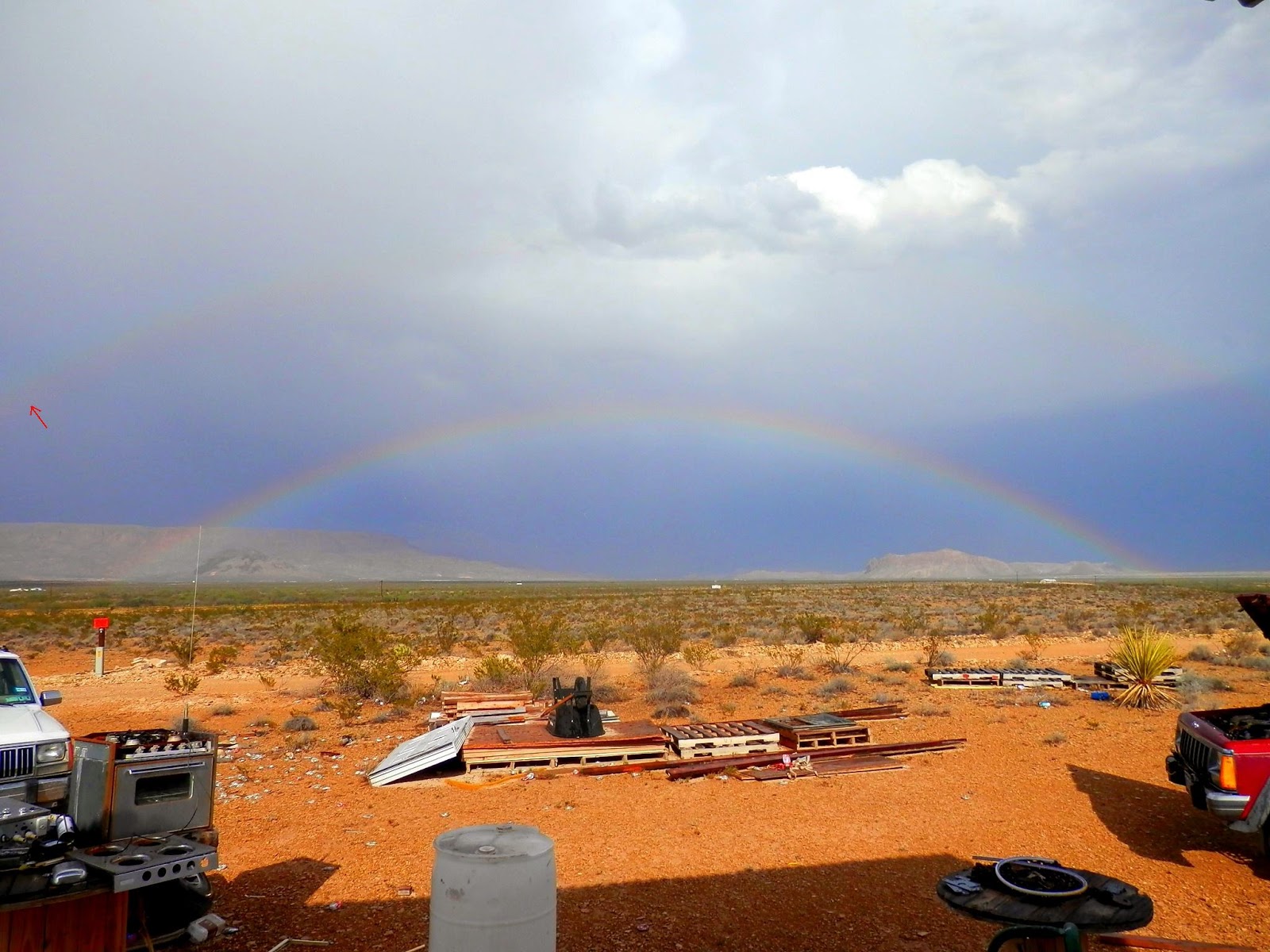 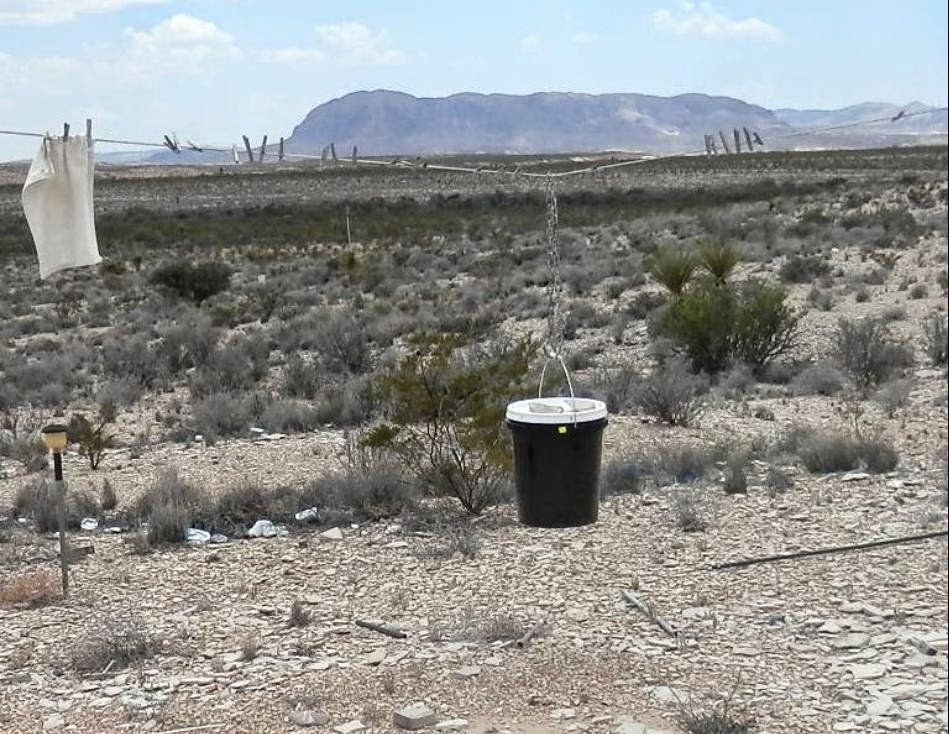 My new wind powered washing machine. Screw peddling a bike. Only took 2.5 gallons of wash water to do several t-shirts and they came out clean and better yet smelled clean after the wash. Don't know how much water the rinse cycle took since I just hung the shirts on the line and sprayed them down with a nozzle. Couldn't have taken over a couple of gallons for that to.

Trick is to hang the bucket up on the clothes line when its windy and the wind swings the bucket back and forth doing the work. Left it up for a couple of hours before the rense.

Been putting this off for several reasons, but its about time to bring it to light. As of Friday May 30th I ceased to be the commander of Terlingua American Legion Post 653. I chose not to run again because I had become very tired of all the politics, back stabbing, bull shitting (rumour starting), hipocrits and after dark calls from the regional commander telling me we had to do this and that or else. (BTW his nickname is Breezy and I can see where that name came from because he will not shut the F___ up) Most of the things he was demanding were not possible for such a small post. Like having to sign up two new members a month. No way in hell could we get two new members a month down here. Even two new members a year would be hard to do. Of course we might have been able to get members from some other district to transfer their membership here, but that would have done this post no good at all.

Of course there was always the mud slinging and back stabbing going on from those down here wanting to take over, but that more or less got squashed each time. I could have probably easily been elected again, but will never do that again. There was only one person in the running and that was the new commander so no competition at all. He had more or less been my second in command and the finance officer so that worked for me at the time. BTW I was the one that talked him in to rejoining the legion and got him to going back in there even though he had dropped out because of tension between him  and the commander at the time. I requested him to run as chaplain when I ran for commander and he did. I wound up raising his office to include finance officer and adjutant so you can say that I more or less gave him the new commander's position.

It was said by some (the back stabbers) that I was not a good commander. Well that may be right in ways. Especially when it comes to American Legion protocol. I took the side of the locals because I wanted to see the post survive and it was all but dead when I took it back over after my hospital visit. You see... to me the post is far more than an American Legion post it is more or less a community center for this end of Terlingua. Nearest place for people to meet is either 25 miles south or 60 miles north. Well and then there's the Ranch which I think is about 22 miles east from the legion and not the best road in the world to get there. BTW the majority of people thought I was doing a good job as commander.

Outside of being the local watering hole it has served as a place for people to find work, make deals, find transportation, get free food and in general find help when they needed it. It has also proved to be a rest stop for weary travellers and tourists many times. Imagine a mini van or SUV pulling in and a hand full of kids jumping out doing the Chinese quick step. They were always directed to the restrooms. Some times vans loaded with school or church groups have used the facilities because they couldn't make it the 25 miles one way or 60 the other. Then you'd have people showing up or calling for help and they usually got it. People needing rides to get supplies and so on. Lots of work for those who needed it was found there by word of mouth.

Now there is talk about changing it to a private members only club which is totally ridiculous. Even if the Sons of the Legion and Women's auxiliary were to reform there would not be enough of them to keep the place open and take care of all the obligations of an American Legion Post. Then that would put ALL non members without there place to go for what ever reason. There is also talk of bringing the gambling machines back.  Whoops, I wasn't supposed to say that... they are supposed to be called video games (Even if people do loose and win money on them)

I am not at all happy with the way the place is going now so I seldom go there. Ok by me though because I'm saving a lot of $ and they are loosing a lot.

More to come later on this especially if the BS and rumours keep coming up. I'll be able to back up what I say though.
Posted by tffnguy at 5:14 PM 12 comments: 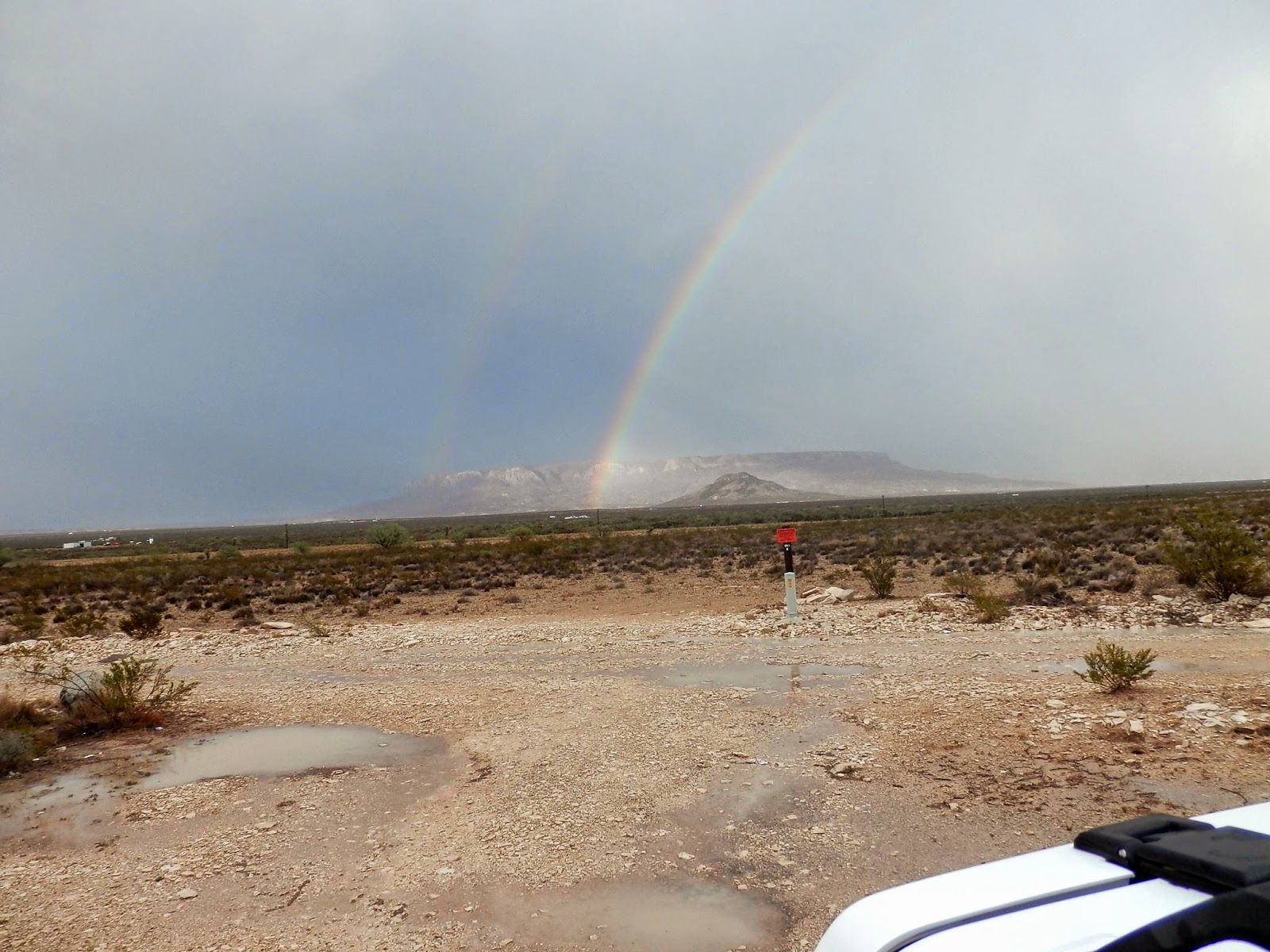 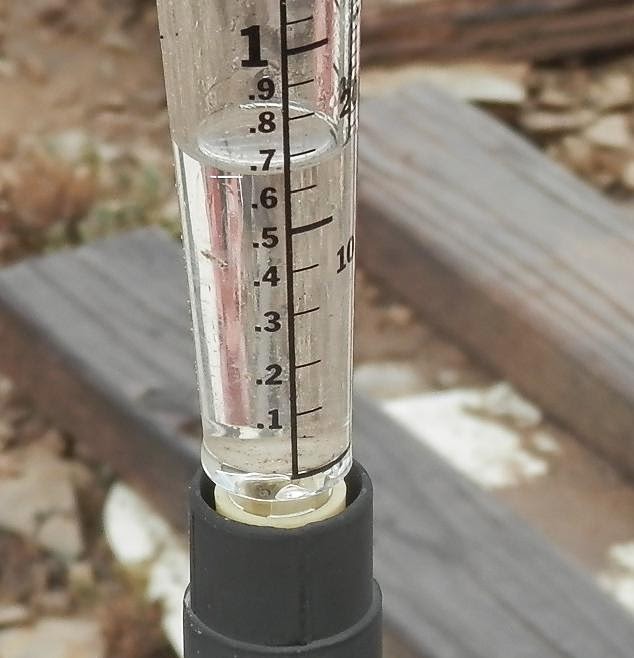 With a high of 112 degrees here today and a 16% chance of rain we got this. The temp dropped to 78 degrees and part of the floor in my cabin looks like a swimming pool. I won't gripe about that though it will dry out.

I probably got somewhere around 145 gallons of catchment out of this rain.

WWII Then and Now

Makes me wonder if all the lives that were lost to buy it were worth it. Most of the people on the beaches now probably couldn't care less.
Posted by tffnguy at 4:54 PM 10 comments:

Another day in paradise

Another day in paradise. 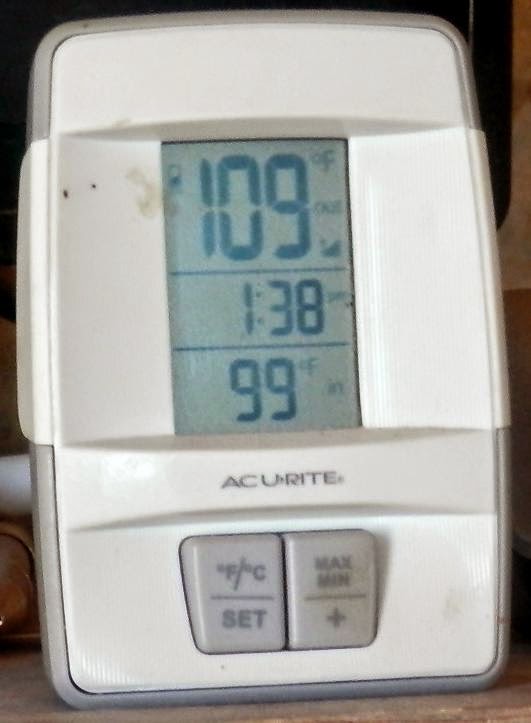