Well once again the Chili Cook Off is going on down here and as usual the flow of RVs and traffic headed south on 118 has been Quazuppled (New word to add to dictionaries and it means a lot more than quadrupled) We have been having some beautiful weather lately, but as you might guess the weather has changed. Fairly high wind, cloudy and and cool now that the cook off is going on.

Also as usual I'm sure Study Butte and Terlingua are inundated with the usual heat. DPS, Sheriff's department and about every other known state and federal heat you can think of. Personally I'll be glad to see that reversed. I stocked up as best as I could so as not to have to go south during the event, but supplies are running a little low. I'll make it though. 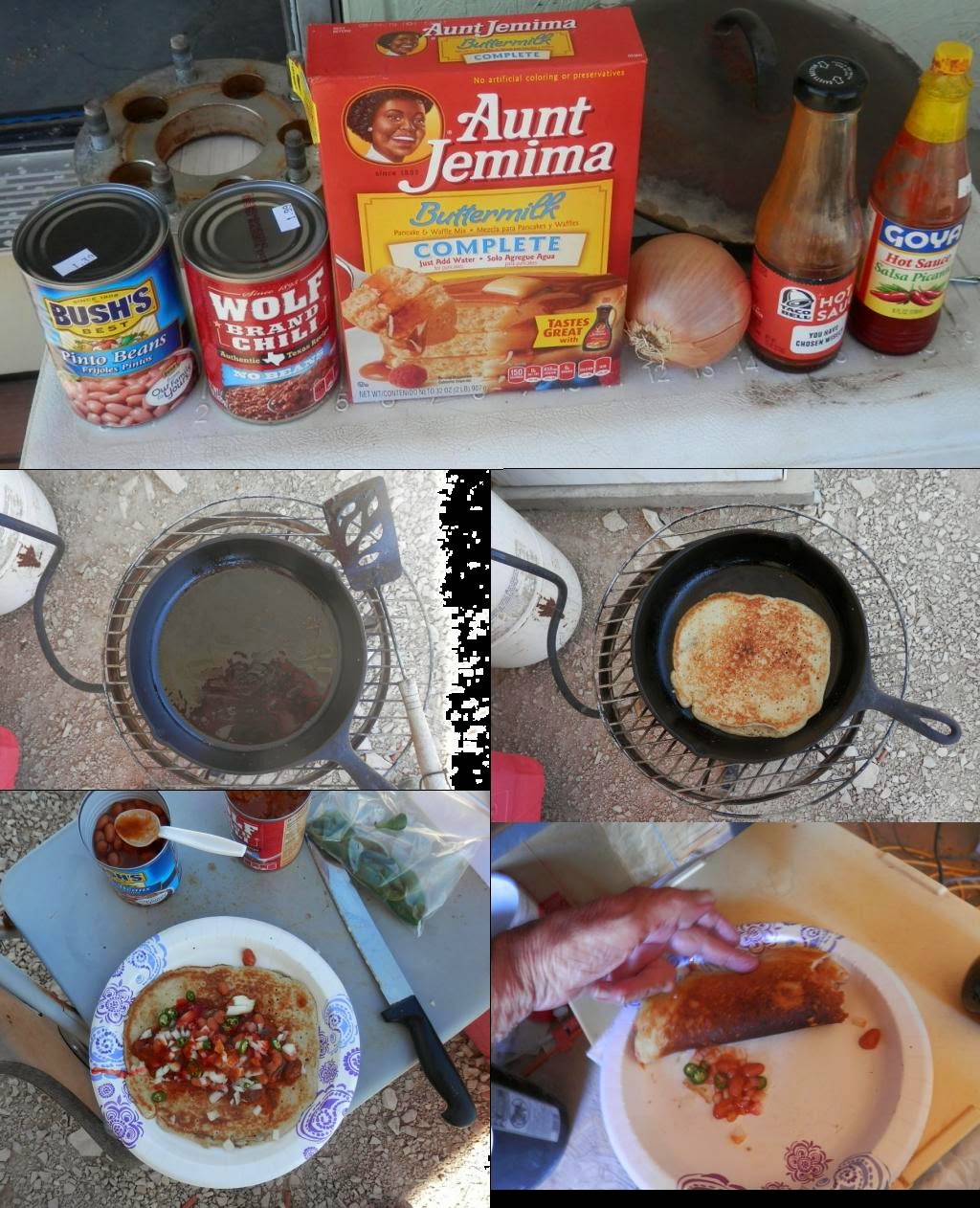 Some of the stuff I stocked up on was beans, chili, pancake & waffle mix, onion and I already had potatoes (Which I need to fry up.) I've eaten so many pancakes and burritos made with thin pancakes that they are running out my ears so to speak. Actually the burritos turned out pretty darned good considering I didn't have any cheese to put on them.

I have one more can of Spam left along with spaghetti and sauce so I'm debating on whether I'll use the spam for that or maybe make another batch of fried potatoes, onion, beans and add the spam to it. In any case it will make enough to get me by until after the chili cook off is history for one more year.

BTW I haven't been south since I came back from Odessa I think on the 24th. Had another bout of leg infection, but this time I wasn't hard headed and went soon after I discovered it. The VA actually came though and I'm well on the way to being mended. They also got me back on the medication they had cut me off of so that helps a lot to.

For those who follow Modern Day Redneck's blog him and his wife stopped by a couple of days ago on their way to the chili cook off. He said he had finally gotten enough points to cook at this one. Hope they have good luck and win! They were both impressed with my view from here and he said they had never been here before and couldn't believe the size of the mountains down here. Haven't seen any sign of MsB yet, but hope she stops by on her way home. 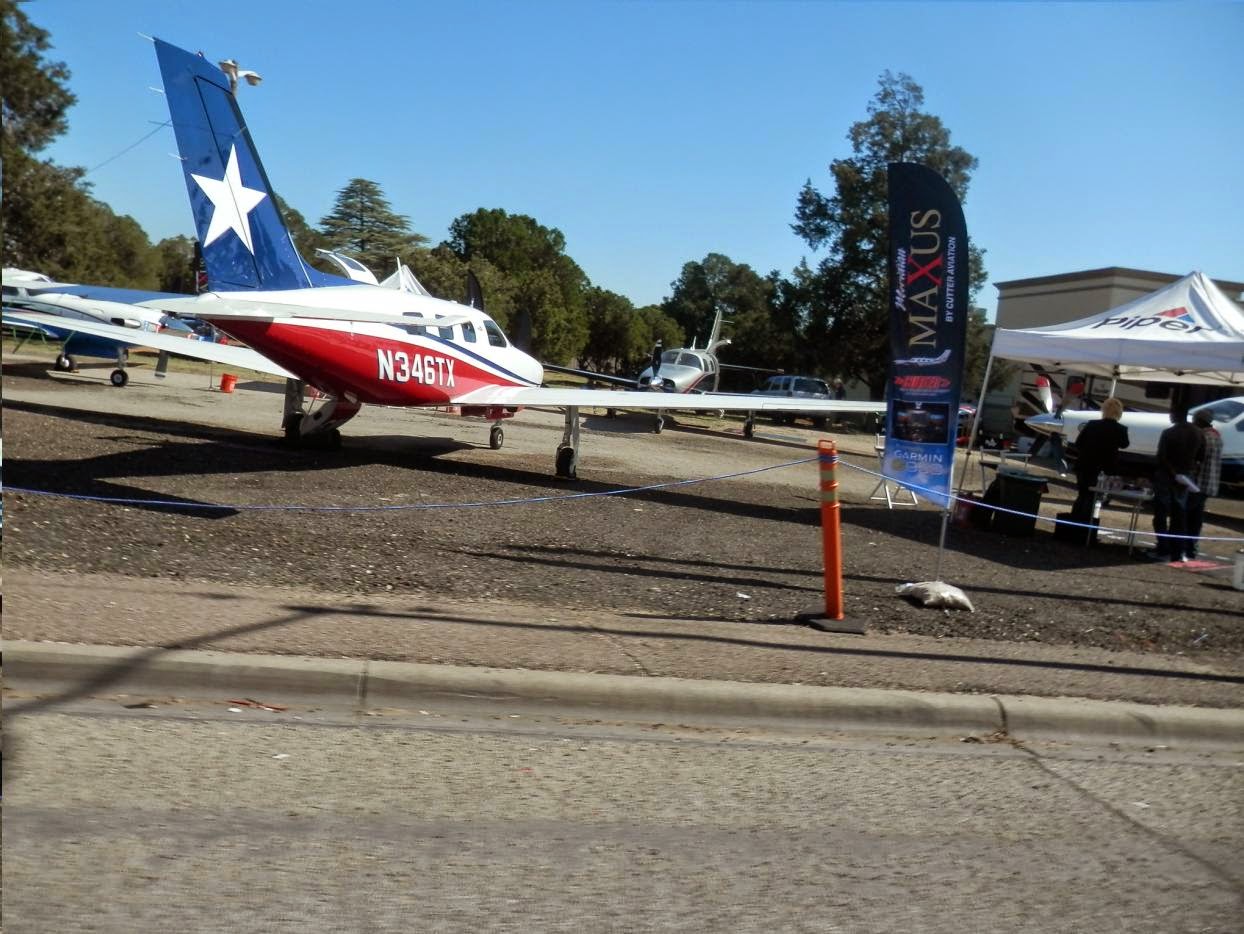 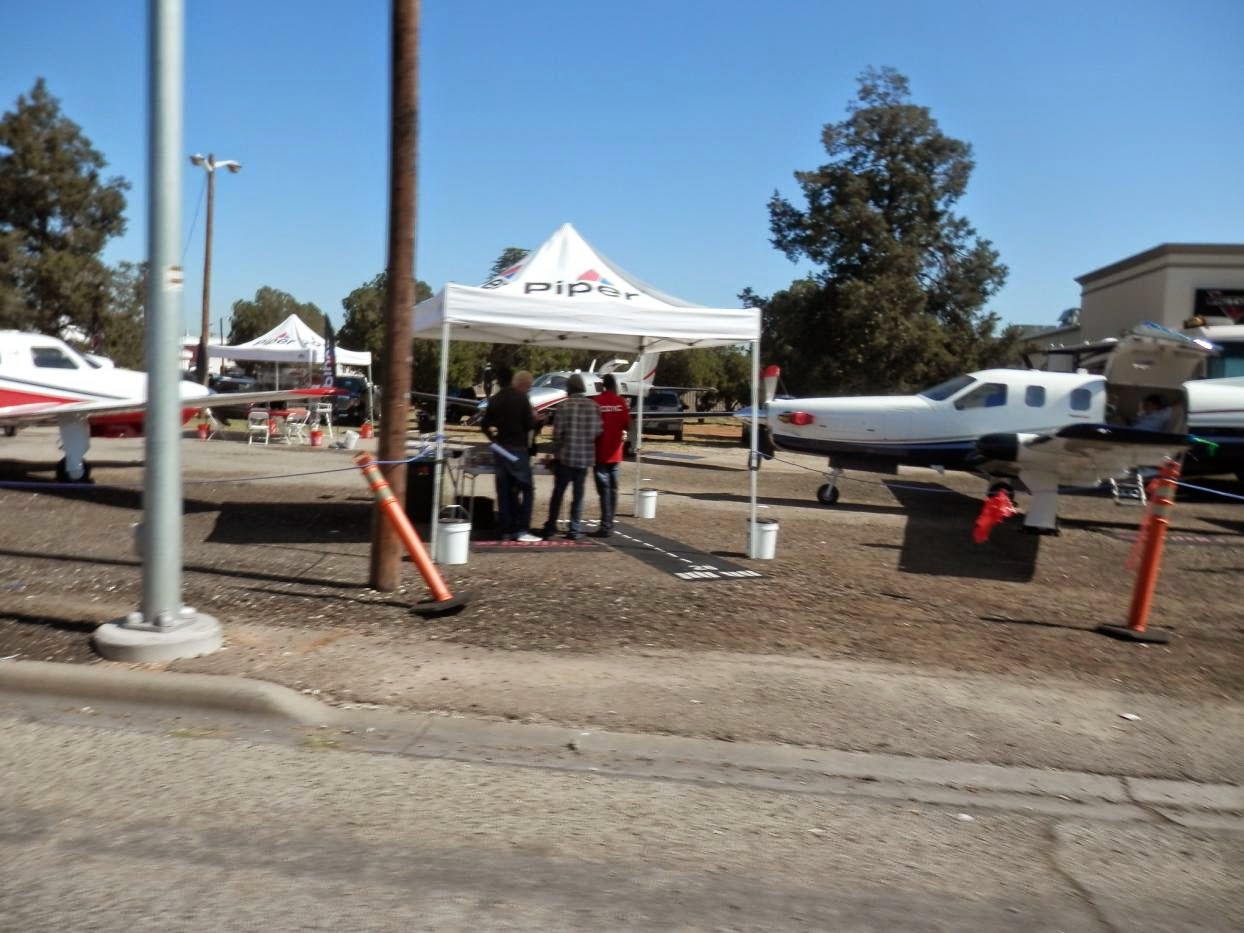 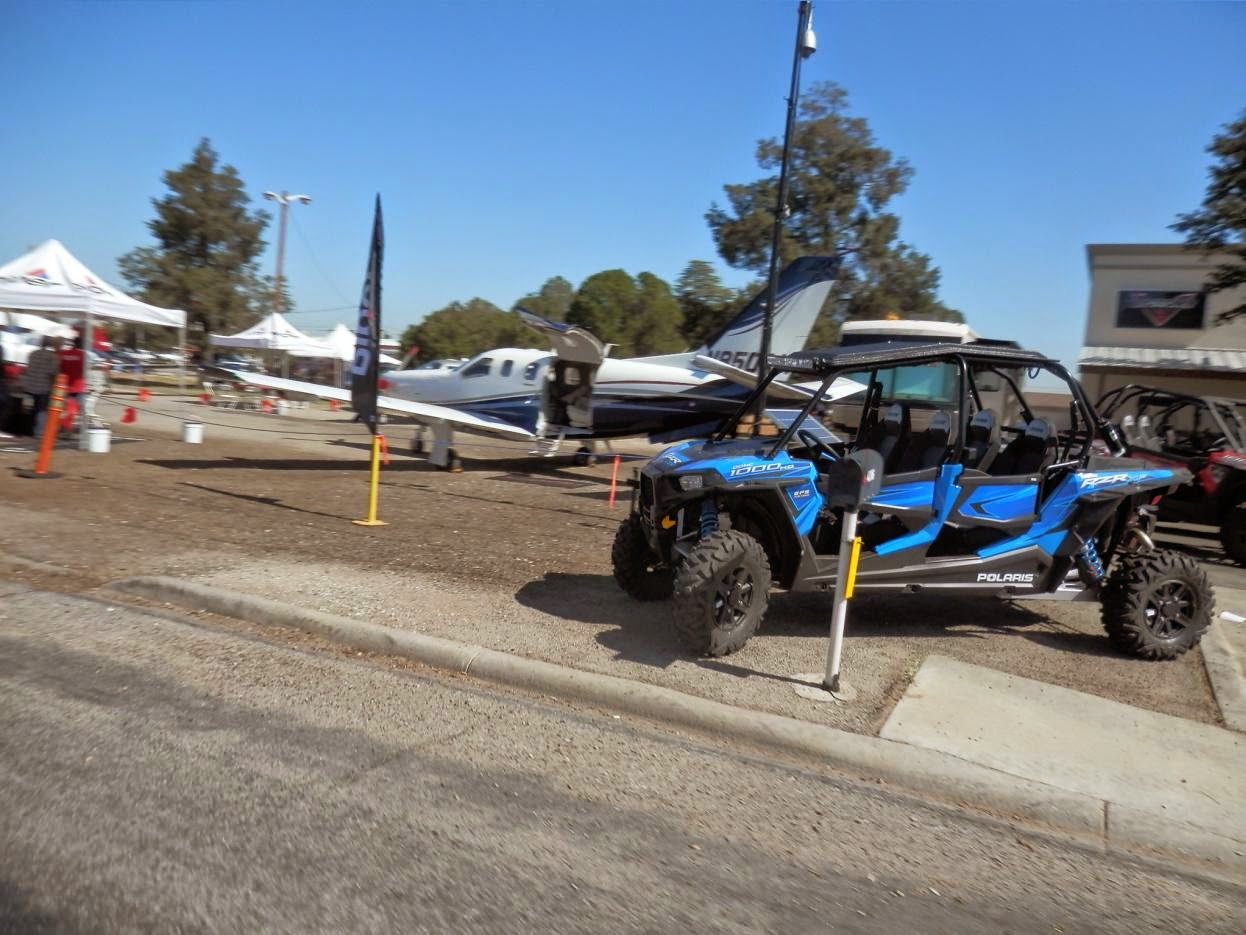 While I was in Odessa the International Oil Show was going on. You think the chili cook off is big? Well the oil show which takes up the whole Odessa Colosseum and all the grounds around it fills up with high tech oil drilling equipment and about everything else oilfield related.  Of course with all of the oil $$$ there (can you say Dallas the TV series?) Vegas show girls are brought in to spice the place up. It used to be open to the public and I loved to go out there for the scenery ;) and also all the free stuff given away. Usually left with a couple of large cloth shopping bags full of all kinds of cool stuff and an urge to go to Vegas. Unfortunately its closed to the public now days.

The pictures above was a new one! Four high $$$ airplanes were flown in to the airport about 2 miles away and towed to some parking areas across from the Colosseum by some of the mules like the blue one seen in the last photo. No trailers used and the planes were not disassembled. Need less to say that made sort of a parade with police behind them escorting them back to the air port when the show was over. Sure screwed up traffic on the highway! 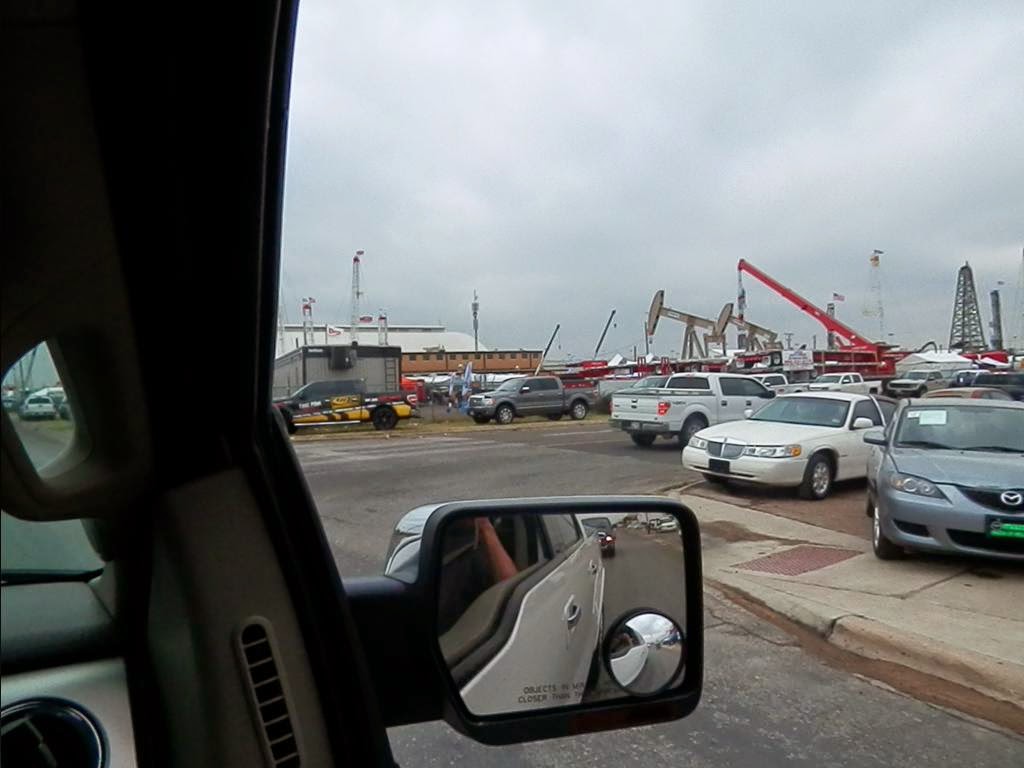 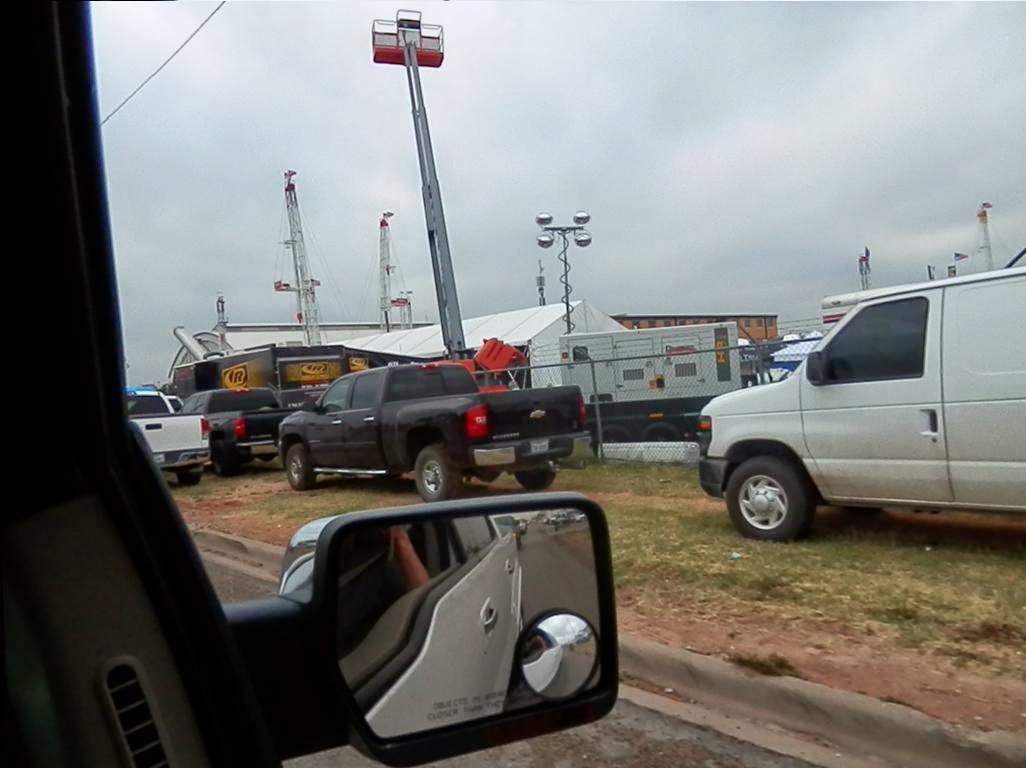 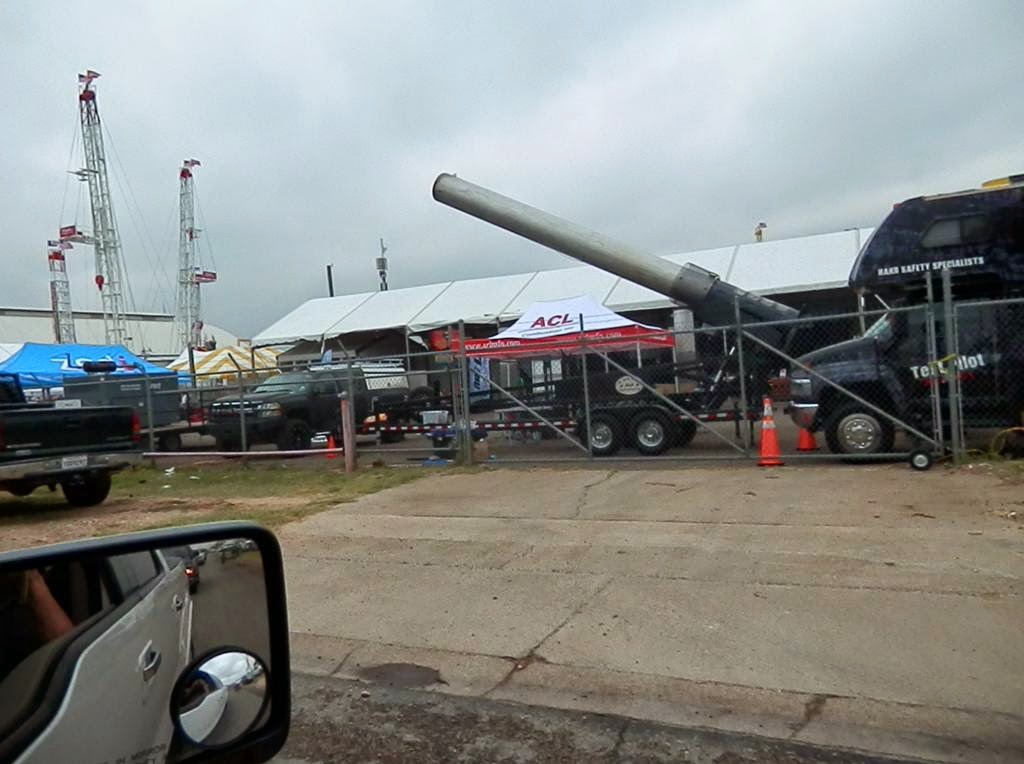 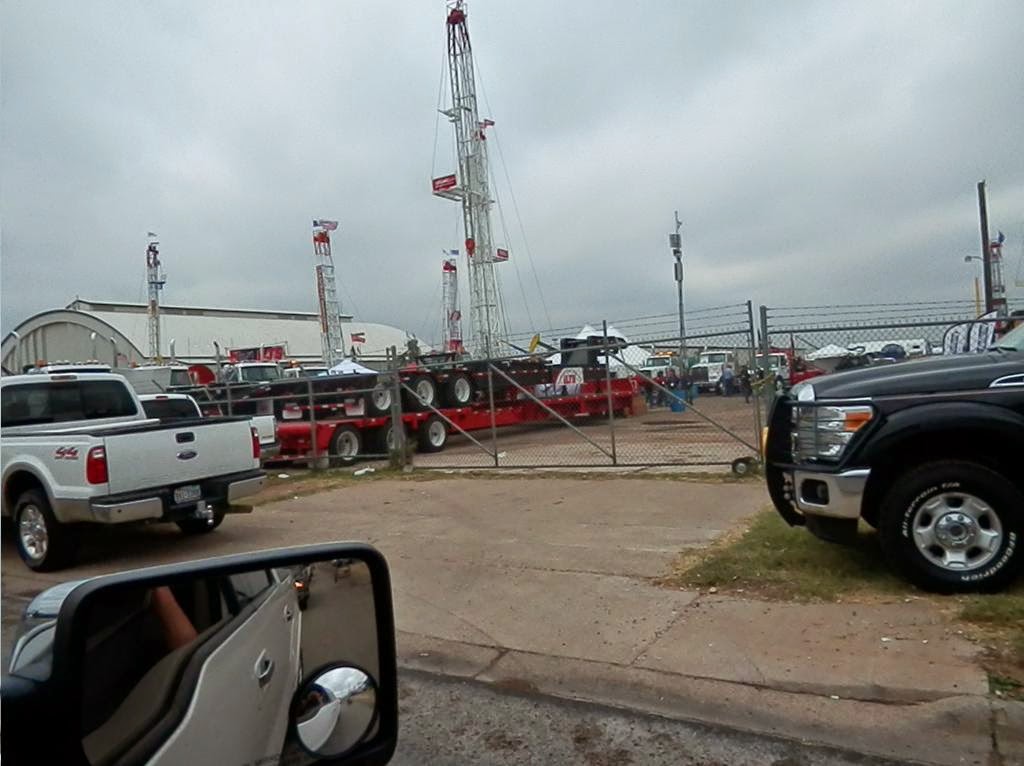 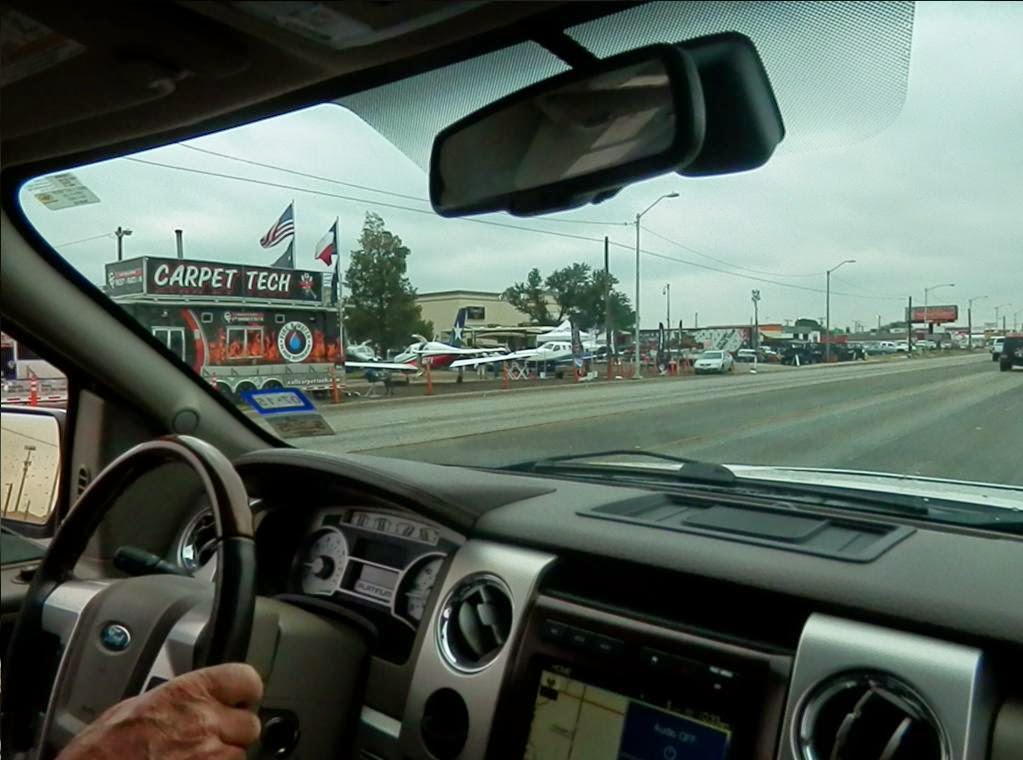 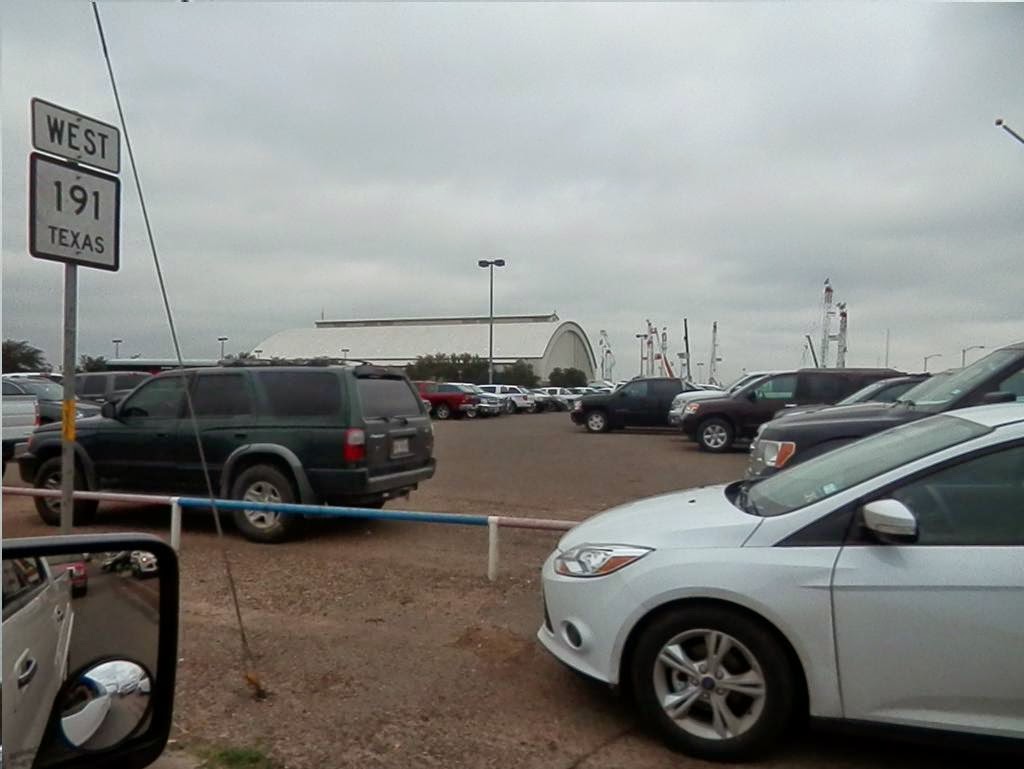 My Sureflow water pump had burned out when I got home because of a leak that sprang up and it pumped until the voltage got low and burned up. In a way I guess its good that it burned up because I didn't loose all the water, but probably another couple of hundred gallons. I think I'm jinxed as far as water goes!
Posted by tffnguy at 12:36 PM 7 comments: