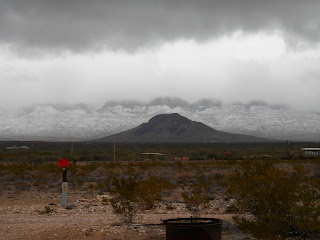 Happy Thanksgiving Everyone. Hope everyone has a GREAT one.
Posted by tffnguy at 8:43 AM 5 comments:

Its been months since my VA assisted Near Death Experience and I finally decided to post about it. I was in Big Spring for my monthly phlebotomy (Having blood removed) and something went terribly wrong! The blood is drawn in to a 1000 CC jar under deep vacuum and the nurse didn't get the needle in to my vein good which allowed the needle to suck air from the outside of my arm as well as blood from the vein, but also allowed a lot of air bubbles to enter my blood stream. If you recall the sound of sucking on a straw in a nearly empty drink well I actually felt that in my arm.
In no time at all my legs went numb and I had little control over my limbs and was one of the worst feelings I'd ever felt. The young nurse flipped out and rather than turning the flow off ran to the treatment room door yelling why are all the bubbles in the blood? In short order the treatment room filled with nurses and doctors and I had one male nurse lift me in to sitting position and held me upright from one side while another one was on the other side holding me upright and a doctor in front of me making sure I didn't keel over forward into the floor. The nurse that had been doing the procedure was standing in the corner of the room crying and everyone had a concerned look on their faces. I actually expected to die at any minute and evidently the doctors and nurses expected the same.
What did they do? Well they actually called 911 from the VA hospital and soon an ambulance arrived and transported me to the Scenic Mountain medical center (A civilian hospital). By that time I was pretty much a blubbering idiot and after several hours the grumpy old man in me started insisting that they discharge me (which wasn't a good thing) I could barely control my legs to crab walk with my cane and my arms didn't work much better either. The VA sent a woman to pick me up and on the 60 mile drive home I couldn't have driven any worse than if I'd chugged a gallon of whiskey. I would try to keep the car straight, but my left arm tried to steer one way and my right one the other way.
I finally made it to my sister's house and couldn't figure out how to get out of the car and it took her and my brother in law to help me in the house. For several days after that the only way I could walk was a crab walk with the cane and something like a wall to hold on to. Getting dressed and undressed was a total challenge because I couldn't even remember how to do that. Fortunately after a few days most of the side effects had worn off.

Not sure how many of you used to follow Chris Miller's blog, but I think he bailed out of blogger maybe before I stopped posting. Anyway a few weeks ago he took his own life leaving behind a wife and two young daughters. Real shame! There is a GoFundMe account setup to help out his wife and daughters. If anyone wants to donate let me know and I'll try to find the link to it and post it.

Some time before that a couple of the lower life locals took a ride out to the Cedar Springs area of the ranch with an old Vietnam Vet and claimed that he got out of his pickup took the keys and walked off. He was a 70 year old Vietnam vet with physical and mental problems. The woman of the two culprits claimed to find a spare set of keys in the pickup and they drove off in his pickup leaving him behind. Although they said they had to leave because the pickup was low on gas and they were in danger even though there was a shortwave radio in the pickup which they used when they got to the ranch office / Bad Rabbit Cafe. They could have done the same from where he supposedly walked off from to get help right then. It is VERY ROUGH country in that area and in spite of searches by the sheriff's department and other law enforcement agencies using heat seeking aircraft to look for bodies, helicopters, ATVs and so on nothing was ever found. A number of locals also helped with searches. Nothing was ever found and no buzzards were ever spotted. That was a couple of months ago. It was reported that the woman sold her pistol some time after that. In mine and many other locals around here' opinions something really stinks about this. He had just received his VA disability and SS checks so was probably pretty flush on cash. What do you'll think?

Yes folks it has been a long time since I posted. I've had a lot of folks contact me either directly through email or through other bloggers wanting to know what was going on. I'll try to answer those questions over the next week or so.
Posted by tffnguy at 2:03 AM 12 comments: