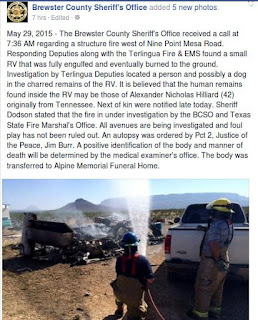 From the Brewster County Sheriff's Blotter on FB. Alex was a good guy and we will miss him. 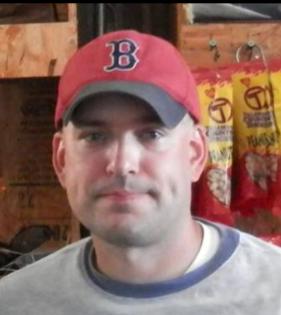 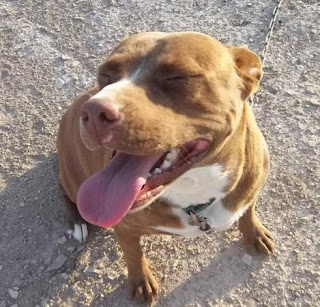 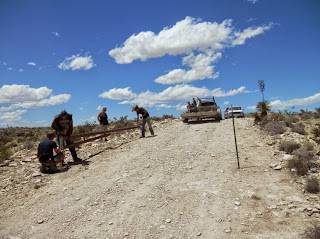 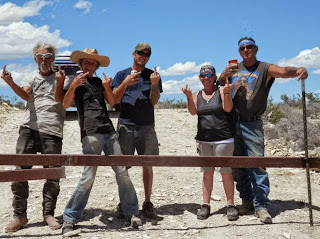 I'd been intending to put up gates on both ends of the road that runs through my property every since the Suber ruling, but doing it myself was out of the question and lack of funds postponed it also. Recently some of my friends offered to put the first one up free of charge (including the material) Now how  could I turn down a deal like that? Anyway I'd been having to put up with a few speeders flying through my property kicking up dust, rocks and turning the little sharp rocks that cause flats and blowouts up. I have a few videos of that happening. I'll be adding the front gate as soon as I can, but it will more than likely just be a chain gate. Disregard the birdies behind the gate. Seen in the lower picture are my friends (left to right) Phil, Judy, Mike, Lisa and Ron. Thanks a bunch guys and gals! 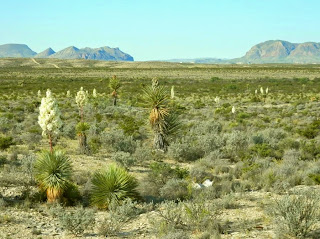 As you can see in the above picture all the wild flowers have gone away and the yuccas seem to be about the only things blooming now. I want to try and get the trike going again soon where I can chain something to drag behind it and drag down the remnants of the wild flowers around here. They could lend to wild fires real easily. Of course I'd only do that up around the cabin and trailer area. 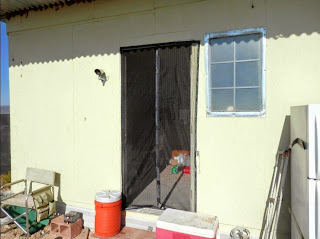 One of my aunts suggested some time back that I try one of the screen curtains for a screen for the cabin so the last time I went to Alpine I found one at the hardware store there. I had my doubts as to how long it would last with the high wind, but it has done pretty good so far. The magnets are just snapped together through the curtain and the wind blowing them around and slamming them up against the building some times has caused them to pop off. I've been using super glue to put them back on so once all are done like that I hope all will be well. It does catch most of the bugs and insures that no bats fly in here during the evenings chasing bugs. 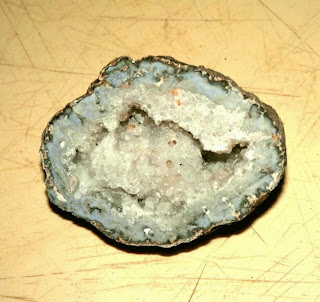 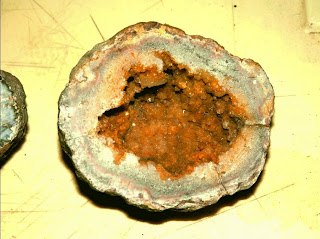 Another one of my friends (Hollywood) brought by the two geodes yesterday and gave them to me. One of his friends cut them for him. After looking at them I'm pretty sure I've seen some of the raw ones around here, but where I've seen them who knows. Looks like I need to use the range extenders and go looking. The pictures do NOT do justice to the crystals inside them.

The heat is getting here slowly, but surely. Its 100 degrees here right now, but I can deal with that with a fan blowing on me in here and in a breeze outside. I'm not looking forward to the 115+ temps again, but I can run the AC when need be.