At the Fish Fry 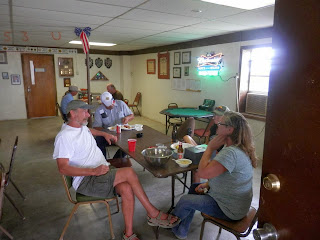 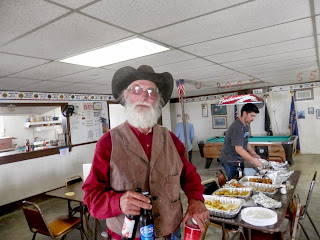 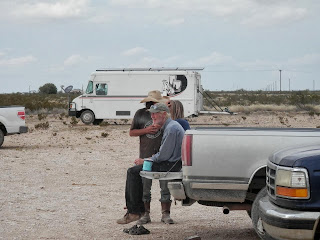 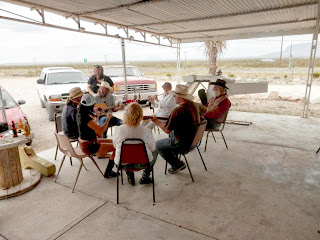 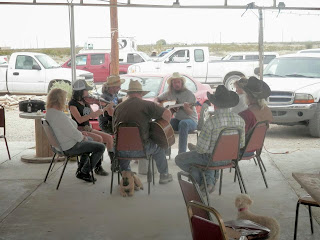 Some pictures from yesterday's Fish Fry. The turnout was good at 41 total and we were very happy to have some of the cream of the crop musicians to entertain us even though there was one of the JAMs gong on at the High Sierra. There was more than enough fish to go around and other food galore. Boy did I get STUFFED!

Also had a skeet shoot after the feed which went over well while the rest of us were being entertained by the musicians. 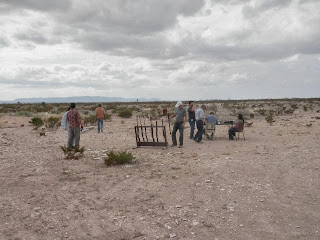 Guess I had to get sick to take time to update the blog. I've been laying around here sleeping a lot and watching moves because I feel too lousy to do much else.  I decided to try and get something done and this will probably be it for the day. I did manage to get to the legion early this morning and take care of business.


Once up on a time back in 1984 a movie named Paris, Texas was filmed partially at the Terlingua American Legion. The movie can be watched online on Youtube and other sources if you're interested in watching it. Once I started watching it I remembered I'd seen it many years ago, but had no clue where parts of it were filmed.

The movie starts out with a nut case walking through the Devil's Playground and then he finally ends up at the American legion after passing out and being carried there. 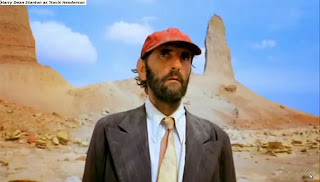 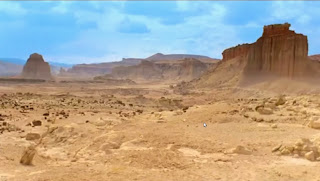 A local said the below part of the movie was at the Terlingua Store, but I can't confirm that. Anyway that's where the character passed out and was then transported to the American Legion (Which was supposedly a clinic) 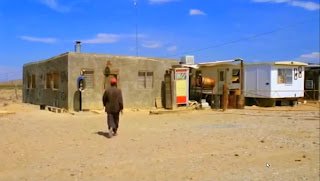 Next photos are screen shots of the Legion. Er Clinic??? 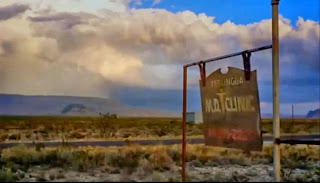 Never really was a clinic because the American Legion mail box was there even back then. The barn shown out in front of the mail boxes is the one that disappeared in the big storm a few years back. It must have been being built then because it was eventually totally enclosed with a gabled roof on it. 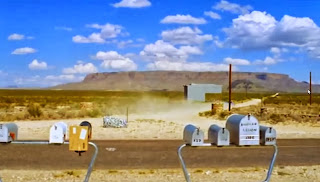 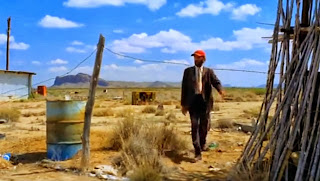 The picture above was actually the guy walking behind the legion before he was supposedly transported there after passing out. 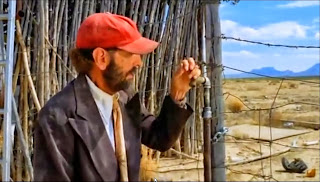 Below are scenes on the Legion patio. 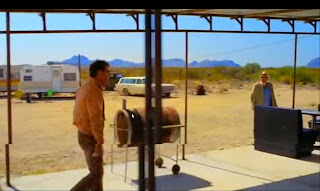 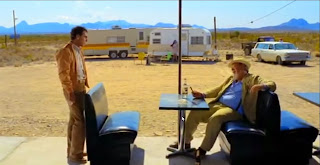 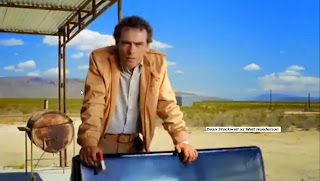 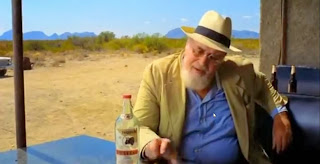 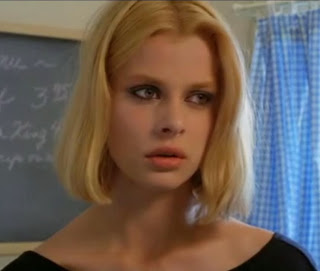 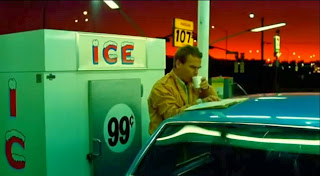 Note ice and gas prices in Alpine back in 1984. Gas would have probably been below a buck a gallon in other parts of Texas. Those were the good old days.

As for the brisket cook off I think it was pretty well determined that I won, but Luke also smoked a bunch of pork spare ribs that were to die for. The cobra (Shelby Group) was a success as usual and a lot of fun. Unfortunately they had already eaten back in Alpine so none of them did more than snack. Not to worry though because there were enough locals to more or less eat everything that wasn't bolted down.