It was so cloudy yesterday that the solar panels did little good and the same for today. The batteries were just barely high enough in charge this morning to keep the inverter running so it was time to crank up the generator to run the electric battery charger. Trouble with that is that its just a 10 AMP charger and charges the battery bank very slowly. 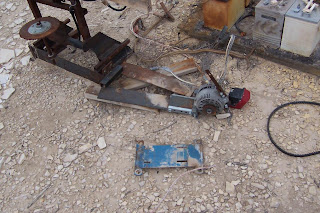 This is what's left of my old gas powered charger I built shortly after moving here. The engine I had on it broke down so it was basically worthless. I traded that motor to Ring for a running 6.5 horsepower motor, but will have to find a smaller pulley for it before I can rebuild the charger. I tried to find the pulley I need in Alpine with no luck so will have to wait until I go to Odessa next time and I should be able to find one there. The difference between using the gas powered charger and running the generator to run the electric charger is this. If using the gas powered charger it will charge the battery bank from inverter cut out to full charge in 20 minutes where running the electric charger takes several hours (If it even does it at that) 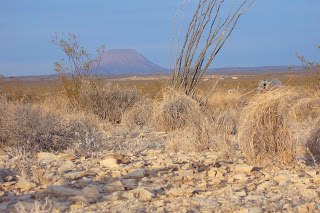 This photo was taken the other day and you can't even see this mountain now. 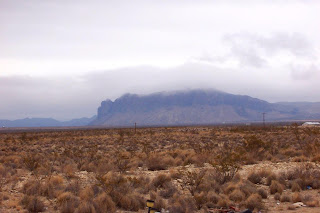 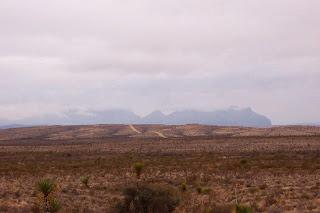 Now the next 6 days forecast calls for cloudy to partly cloudy. Looks like I'll be running the generator a lot for a while. :(
Posted by tffnguy at 12:04 PM