Old Shoes & What Not 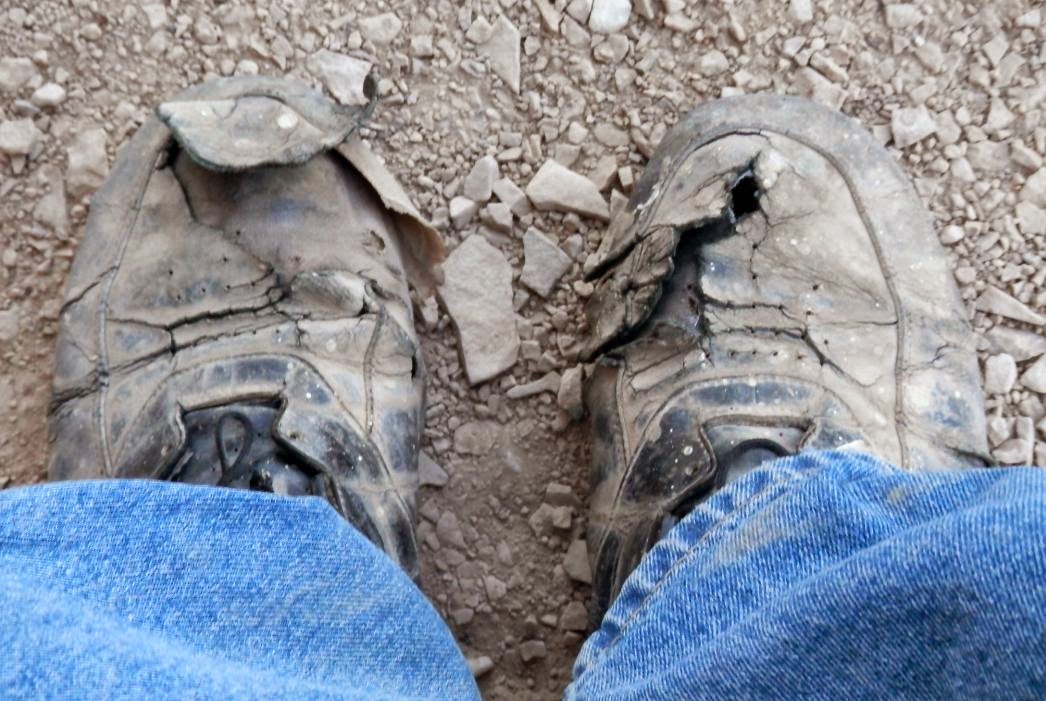 Pretty bad when you have to resort to blogging about an old pair of shoes, but there isn't a heck of a lot to blog about so this is part of it.

First off my eX bought these for my birthday (I think 8 or 9 years ago) This is the second pair she bought me and I guess I wore the first ones another 8 or nine years, but the first ones didn't suffer near the punishment these and me have. As you can see they are in pretty sad shape, but I don't have to wear them. I do have several other sets now, but none are as comfortable as these. Most shoes I've had in my life the soul always went first, but not these. If I could have a new set of shoes grafted on these souls I think they would last another 8 or 9 years.

BTW these are SAS shoes and they are a little on the expensive side so I doubt that I'll ever have another set unless SAS is watching and wants to send me another set for the unsolicited advertisement. On second thought in that case if there is such a thing as SAS snake boots they might work better down here. ;) When I can no longer use these for combination indoor/outdoor house shoes it will be like loosing an old friend! 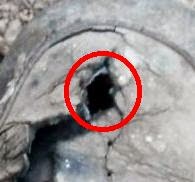 Now back to the shoes. Notice the hole in the tip of the right shoe. There's a story behind that. We'll get to that later, but first a warning to the married ladies.

My neighbor came over one afternoon and we were sitting on the front porch drinking beer and discussing the usual BS. After a few beers he decided that we should head down to the nearest sports bar, but I had no intention of doing that. Unfortunately he brought it up one more time just as my wife at the time was walking out the front door and when she heard him say we need to go to the bar she huffily said "You are NOT going to a bar!" Whoops! Bad move! I went from having no need or want to go to a bar to "The hell you say!"  in a flash. My neighbor took his car and I took my bike. Once at the bar he started buying shots of peppermint schnapps one right after the other for some time. I finally decided enough was enough and left. Was a fun ride home NOT, but I made it almost to the driveway of the house and lost the bike in the street in front of our driveway.

Now that there hole in the top of my shoe came when the bike fell over on my right leg and there was a chrome bullet mounted on the bottom of the foot rest. That chrome bullet managed to go through the shoe right between my big toe and the toe next to it without hurting either. I was trapped though because I couldn't lift the bike off of me and couldn't reach up under it to untie my shoe to get my foot out. There is a lot more to this story that I won't get in to at this time (some comical and some not), but anyway the moral to this story is "Never tell your husband he is NOT going to do something because it could have disastrous effects and might make him do it to spite you.

And some picture from last night.

The bottom one was taken at sunset looking North believe it or not. 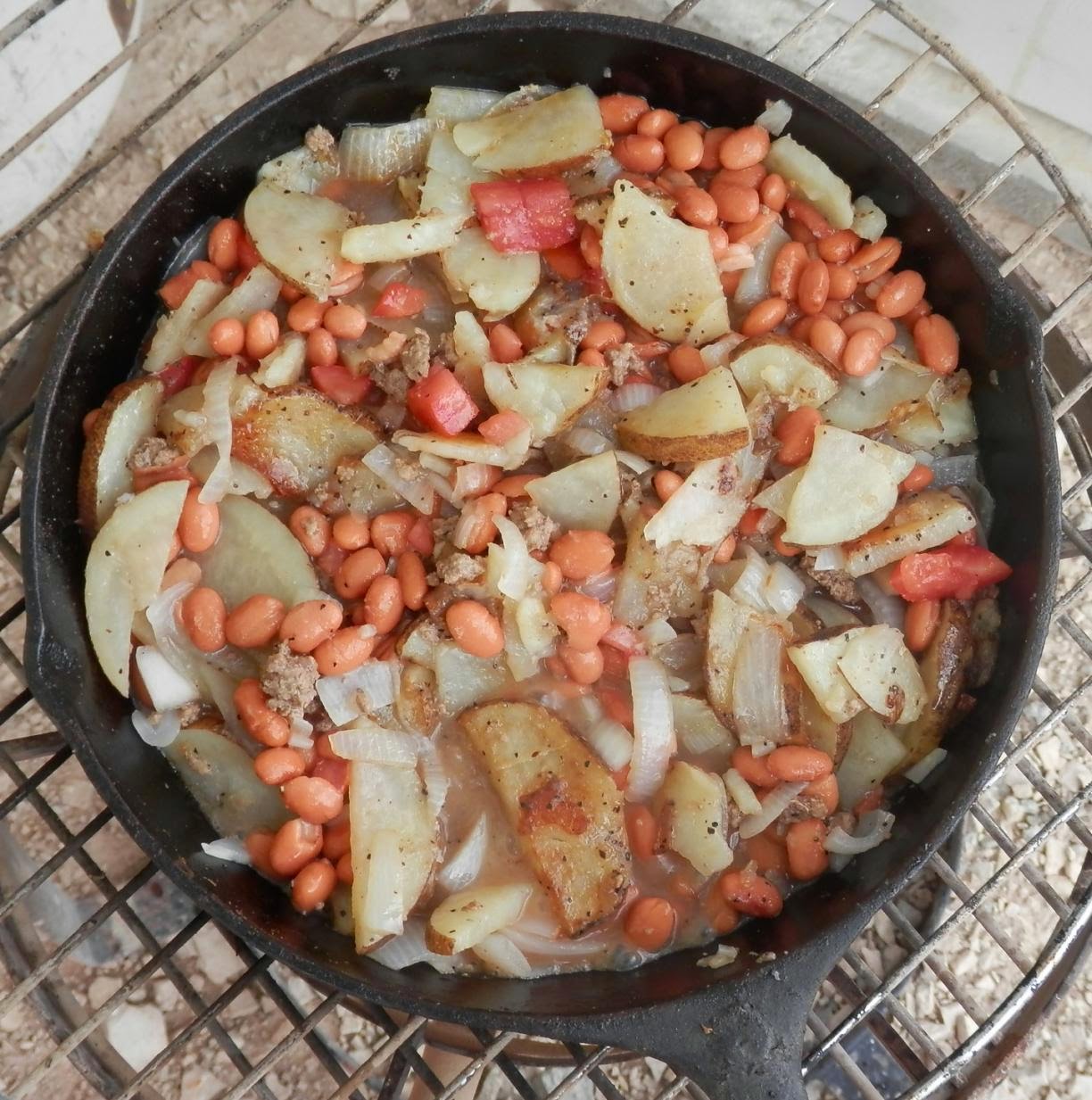 And yesterday I came up with the hankering for some fried potatoes and pinto beans. I had some cooked ground beef in the fridge and some potatoes and a can of beans. Also had some chopped onion and tomatoes diced up so fried the potatoes and onion and then added the beef and diced tomatoes. It was so good I ate three big helpings and I'm not a big eater. I shared some with Shelah and she went through it in a very short time and would have no doubt loved to have more.