Looks like I may be getting another dog and I'm hoping it will be charm. She's probably about 3 years old, part Lab and more or less solid black. 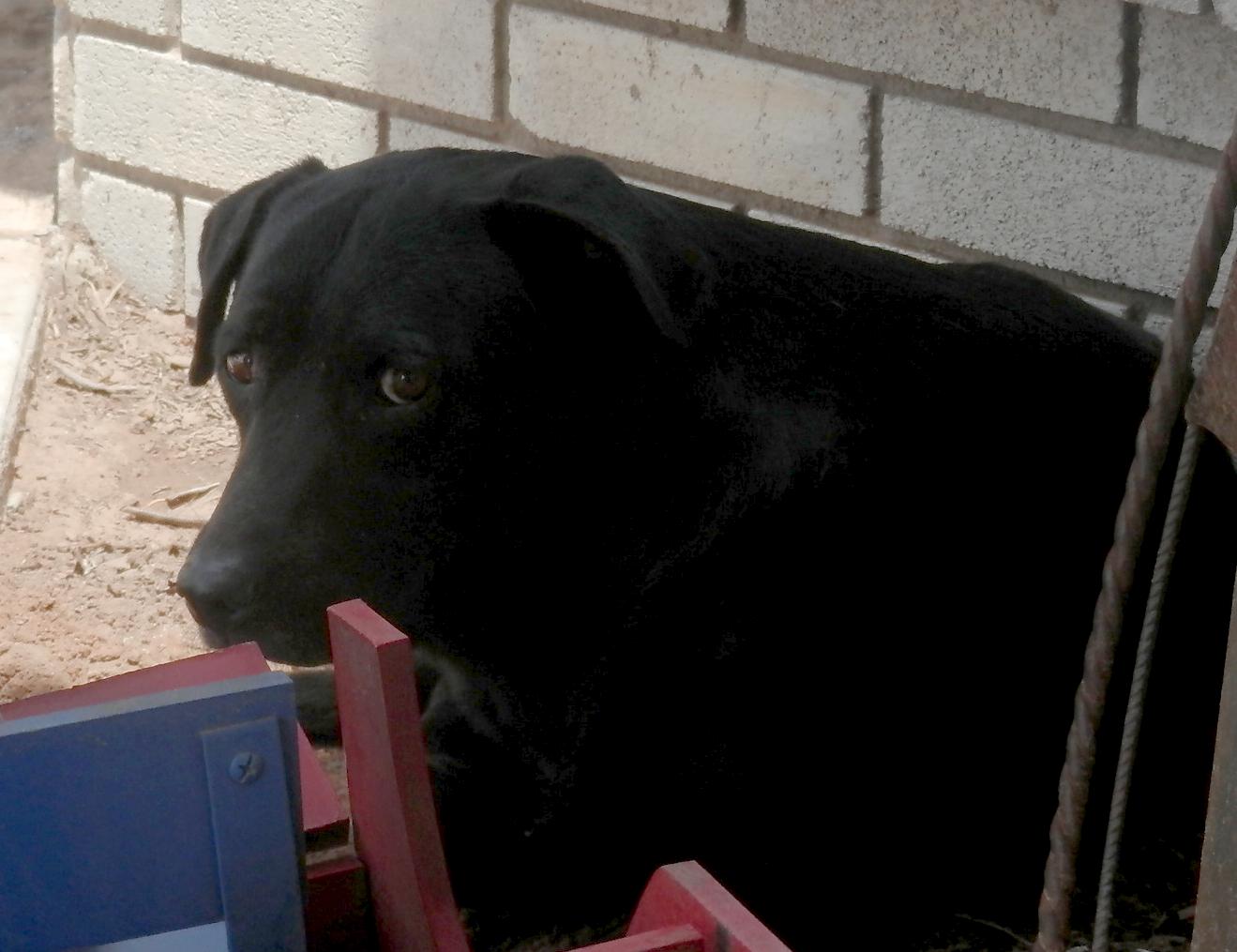 She showed up at my families house about a year ago and jumped the fence to play with the other two dogs. She's been there every since, but has started digging out and has the other two dogs following her out. Constant attempts to stop that failed, so they want her gone so I offered to take her. She is a little skittish around strangers and was probably abused in her earlier life. She did warm up to me pretty quick though. She seems to be a home body and wants to be in the house, but the  dogs are outside dogs and are not allowed in the house.  They do have air conditioned and heated quarters outside though. She doesn't stray far from the house which I hope will be the same case down here.

Best part is that she doesn't chew up electrical cords and everything else she can get her jaws around (like Pepper did) and doesn't take off like a bullet (like Booger did. )

I figure she might go good down here since she will be allowed in the cabin and there are no fences to dig under or jump. For now she goes as Black Dog, but I figure she needs a proper name so I'll call her Shelah (An Australian word meaning Girl or woman.)
Posted by tffnguy at 7:17 AM