Lots of good food, but not many people to enjoy it. Terry and Jack dropped off the jalapeños for the dressing and also some very good link sausage Tuesday. I cooked and ate the sausage the following morning and it was gone before noon. They were supposed to show up for the feed at the legion yesterday but never made it. Matter of fact a bunch of people that were expected didn't show up. Never the less those of us who were there had a good time. 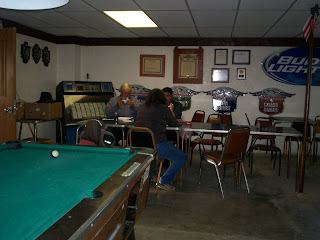 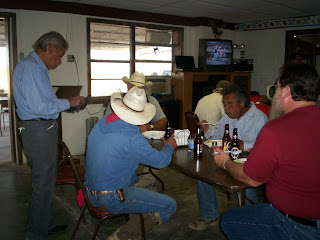 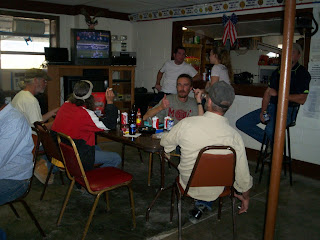 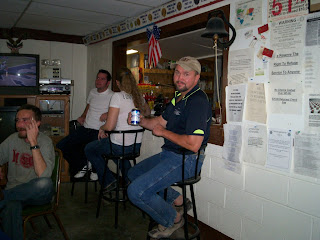 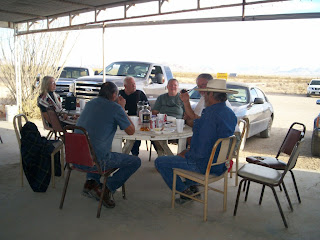 It was getting pretty warm in the legion and it was real nice outside so a few of us had our dinner outside. Here you see the Foots Bill and Caren, Julianne (Just Me), Chuck and Cathy, Lee and myself. Now looking at the picture I think Littlefoot must have gone inside for more grub. Can't see her in the picture. 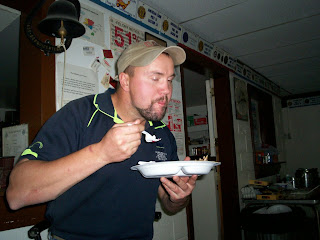 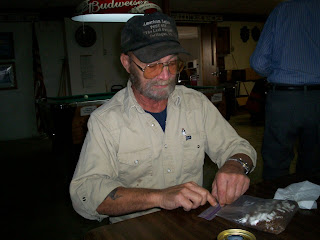 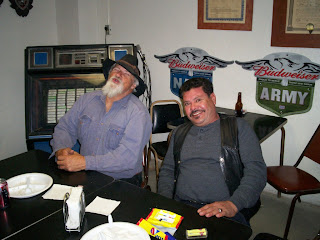 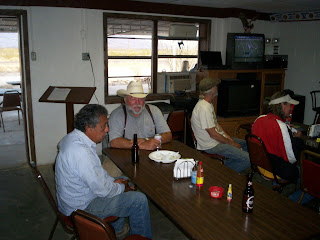 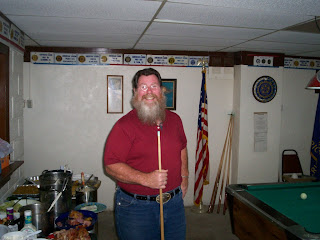 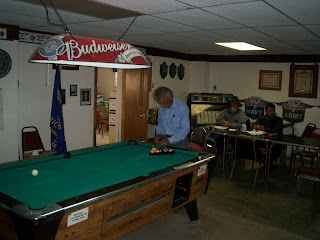 That's all Folks! All photos were taken by David Secor. I had my camera, but never remembered to get it out.