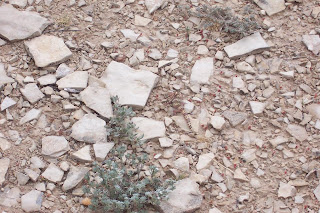 See anything? Actually its a Spunky Lizard and not a monkey. Sorry... ;) 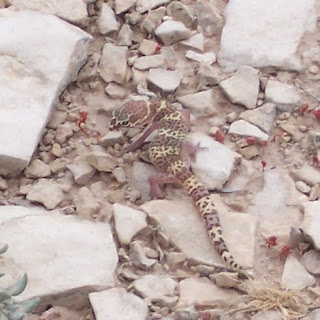 Second one of these I've run in to and both times it startled me. One was under Pepper's water dish when I picked it up the other day. The way they distort their body and with the coloration and fat tail they resemble a very small snake coiled up (Maybe even a rattle snake). They are extremely hard to spot until they move. They also seem to tuck their legs up under them or real close to the body to make them resemble a snake even more (until they move)

The second one was just now when I flipped one of the solar panels on the ground to measure it for a rack I plan to build. This little sucker actually charged Pepper and then me and Pepper didn't have any thing to do with it unlike the blue tailed skinks she chases all over the place. I tried to look it up online and didn't find a match. I've also only started finding them lately so I don't know if I've just been missing them or they are just showing up? I'm sure they aren't poisonous, but evidently their tactic is to scare off predators rather than to run from them like most lizards. It worked pretty good for Pepper and me to until I saw what it was. ;)
Posted by tffnguy at 1:42 PM