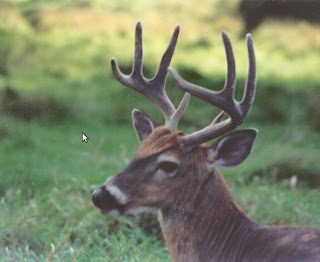 Yesterday I went over to one of my friend's place to check on a fridge he has for sale and we wound up going to another friend's place to watch him and another guy process a 6 point mule deer buck that had been hit by an SUV. The SUV wound up on a trailer headed for Alpine to be fixed and the deer wound up beside the road. Another guy stopped and then the game warden also stopped. The game warden took the head of the deer which is common practice and then gave the rest of the deer to the guy that stopped. Once they got the deer cleaned and butchered I was given a shopping bag full of deer meat, but considering I didn't have any place to store it I let my friend have it. Perhaps I'll get to eat some of it later? 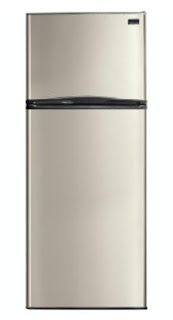 Now... back to the fridge. It was real near the same as the one in the above picture and I put the watt meter on it to see whether I'd be able to use it or not. I have way more than enough solar to run it during the day, but am a little afraid it would drain the batteries at night. At the watts it pulls (147) I'd probably need a couple more batteries to be able to run it full time. My friend bought it sight unseen and really took a beating on it  at $300 and I wouldn't pay that for it since its used. Its also an apartment sized and pulls the same watts as my neighbor's full sized fridge so I figure if I'm going to eventyally get a fridge I might as well get a full sized one.

And back to the pyramid... I've decided that the rails wouldn't be good for the corners after all because evidently they were made to flex in a collision. I'm a little afraid high wind might also make them flex so have ruled out using them for anything other than bracing. The guy that has the winch truck has some used thick wall pipe that was used in the oil field and I thought about getting four joints of that for the corners and using the rails for reinforcing it, but alas he has gone up $10 a joint and now wants $45 a joint. He also wants more for the use of his truck than I'd pay so it looks like the big pyramid is on hold again and maybe for good. I guess I'm going to go back to the skid type building I was planning to build before the pyramid idea came up. I do still plan to build a smaller pyramid for more storage, but will use tubing to build it out of.
Posted by tffnguy at 2:06 PM