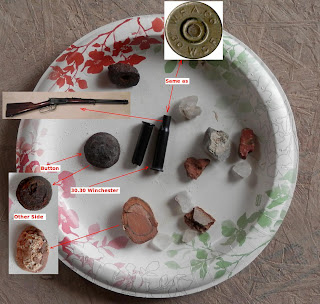 This morning's finds. Found a couple of very old winchester saddle rifle rounds. One was broken off. Also found some type of metal button and I don't have a clue what it was from. (Perhaps some type of uniform?) I found a few other odds and ends but still no arrowheads or spear points.  I am at least finding other interesting stuff.

The cartridges? I guess there's about 4 possibilities.
(1) a cowboy trying to shoot  lunch.
(2) one of Pancho Villa's gang shooting
(3) one of the  calvary shooting
(4) an Indian that just happened to have a Winchester saddle gun shooting.

Or I guess that could be broken down even more. (One of the above shooting at another of the above.) 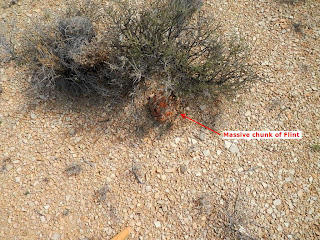 Above is a massive chunk of flint I found under an Ironwood bush. 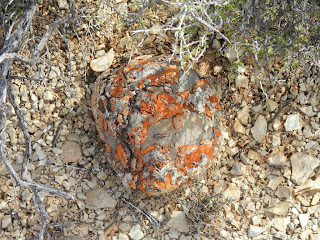 I was going to bring that back here to, but I laid it down to go investigate something else I saw in the distance. From there I forgot about it and couldn't find it again after that. :( 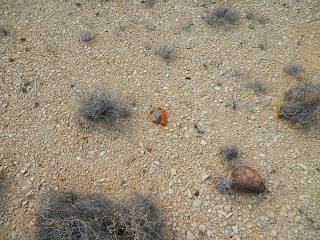 Another large chunk of flint I just left where it was. 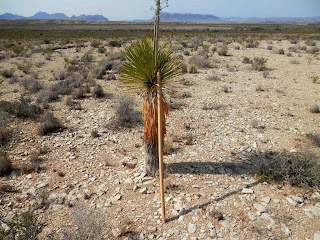 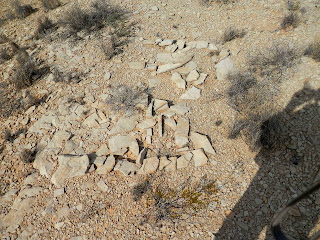 I'd figure this dates back to the Indians and what it was far I don't have a clue? 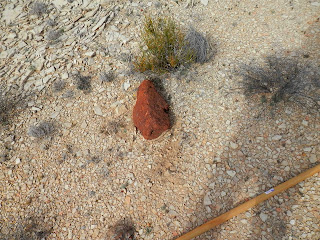 Out of place rock. 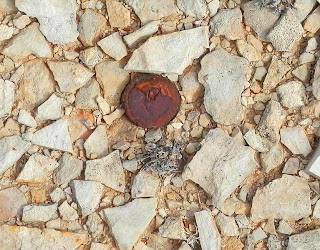 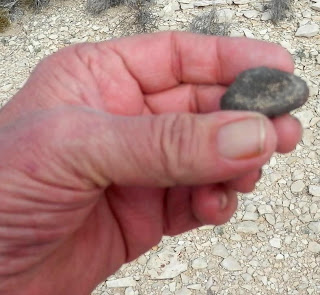 Above two pictures are of the button I found. 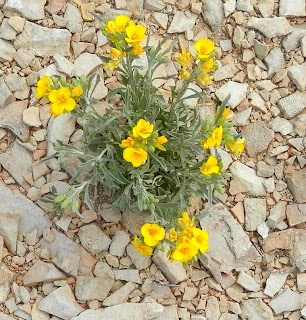 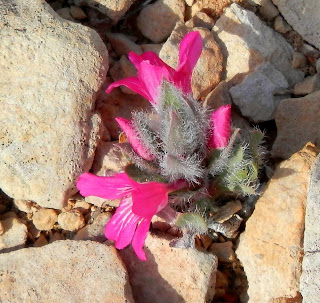 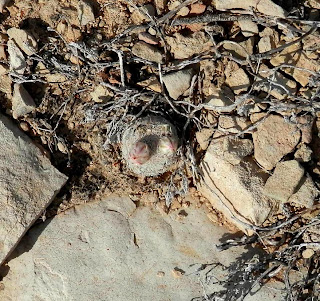 Button cactus in this picture. They are hard to see! 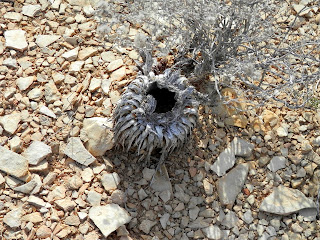 Turns out that what I thought was a button is volcanic.