Funny how it works!

When I didn't have the wind generator up I hated the high wind around here. Now I think its a good thing (Especially when its cloudy like it is now.)

When I didn't have solar panels I hated the heat of the summer sun beating down. Now I think its a good thing (Especially when there is no wind.)

When I don't have rain catchment l hate the rainy days, but after I do get it then I'll think its a good thing. (Especially when I'm about out of water.) 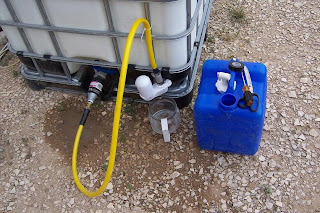 I was about out of drinking water and won't risk driving the falcon down south to get any since I don't have a spare and have a knot the size of a hard ball on one of the front tires. The water in my tank comes from the Cowboy Mine water well, but they sell it as non potable water even though some hearty souls are known to drink it as is. I chlorinate it when I get it delivered here, but the taste is pretty bad before or after the chlorination. (using common household bleach (non scented and no additives) @ 1 Tsp per 5 gallons of water). Anyway since I don't have the water from the tank hooked up to this trailer yet (but may in the future) I made a couple of adapters to allow me to use the water filter from the kitchen sink' filter to filter the tank water for drinking. See picture above. No more worry about running out of drinking water and I can still use that same filter on the sink by removing the adapters. 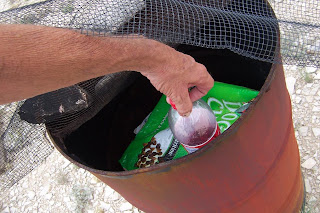 For those of you that don't know trash is a real problem down here. Paper can be burned, aluminum cans can be taken several places for recycle, but there is no place to dispose of steel cans or glass. That just keeps building up. Plastic can be burned, but some people bust a gut over the mention of that so I won't say what I do with it. See picture above. 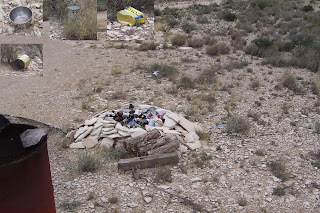 In my case Ms Pepper loves to raid the pit I keep the steel cans and glass in and scatter the cans everywhere. See picture above. She also likes to scatter stainless steel bowls and about everything else you can imagine everywhere to. See picture above. My intentions were to keep the burn barrel for paper only so every now and then I could use the ashes as fertilizer, but considering I don't have a safe place to store the cans to keep Pepper from them I've started putting them in the burn barrel to. That means I'll have to sort them out once I start using the ashes for fertilizer. Maybe she won't mess with burned cans???

And for the weather around here now? See pictures below. 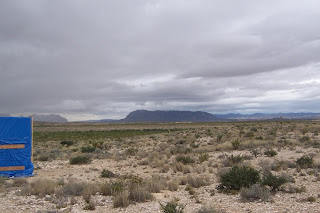 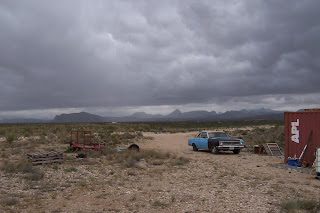 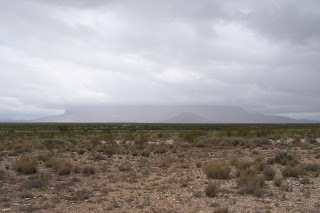