Pix of this and that.

Haven't updated the blog in a while so I'll mainly do it with pictures. The first four pictures are from Bigfoot and were on their last trip down here. (Thanksgiving) The first  was a sunset or sunrise from their place. The other three were taken at the Legion Thanksgiving day dinner. Once again I didn't even know the picture was even being taken and I think the one with Frann and I in it was probably taken by Littlefoot. It may look like I knew the picture was being taken because I was looking that way, but I didn't. Frann caught one of me like that while we were having breakfast at the BBMI a while back. Boy are woman sneaky! 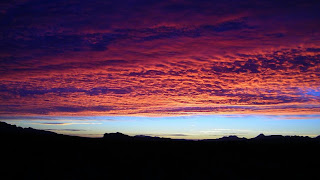 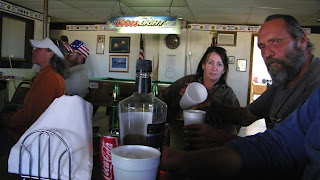 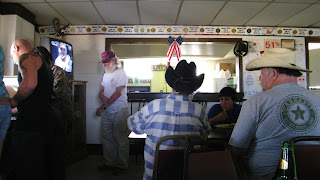 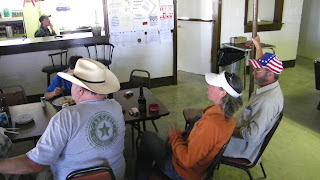 The following pictures are of the trip to Odessa. The first is a picture of Frann's new battery bank after RN and I got through making the cables for them. The lugs were too expensive so we made them out od copper tubing like I did for my bank. One is of Frann and my younger sister at their house. One is of my little sister and I standing behind my 60+ year old highchair. :( One is of a water tank Frann left here for me to use for a shower tank. I didn't know she left it here until today. I wonder if she is trying to tell me I need to shower more? ;) The last is of the steel siding JustMe turned me on to for the storage building. Because of that I'm now rethinking the way I will cover it. 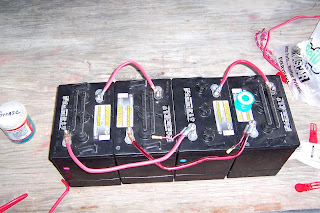 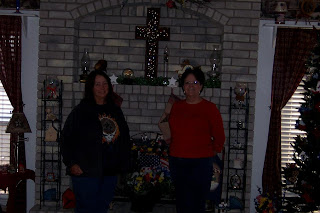 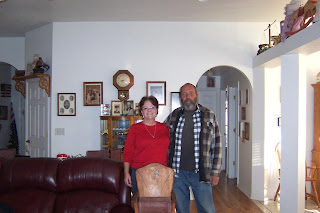 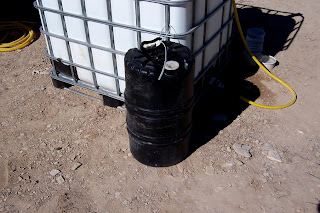 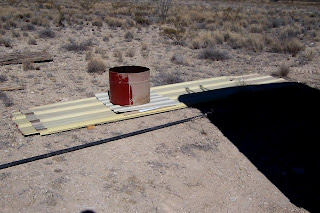