Almost there (I think)

This morning Judy (one of my friends and neighbors) came by and helped me get the rest of the insulation up I was having trouble with. Didn't take all that long, but it would have taken me forever trying to do it by myself. There's still a small amount to do, but I can do that by myself. I also need to do more sealing around the outside roof as soon as I can get to it.

Below is all the stuff that had too come out of the cabin for us to put up the insulation. I'd just been moving it all from one area to another area and getting it out of there made things a lot easier. Most will be crammed back in the storage tank since most of it came out of there to start with. 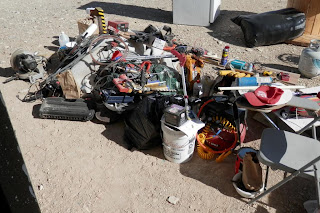 Below are pictures inside I took tonight. Its unbelievable how quiet it is in there now. 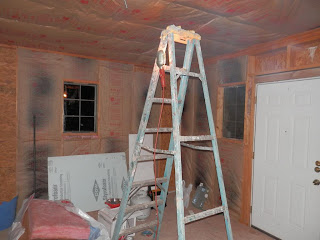 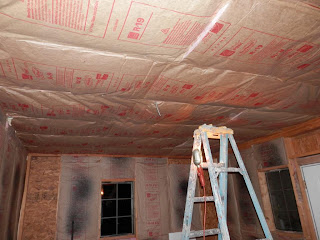 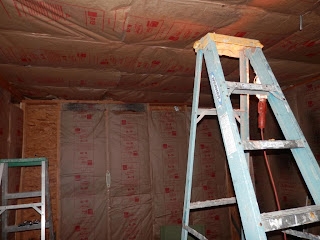 I've killed three more small cone noses in the last two days. One in side here yesterday and two outside the door today. Seems like the season for them is starting later and the ending season is to.

Night before last I heard the first pack of coyotes close outside in over a year. (Probably closer to two years) Sounded real close.

The front end on the Jeep is shot and I need to rebuild that as soon as I can get the cabin finished far enough to weather the COLD front I keep hearing about.