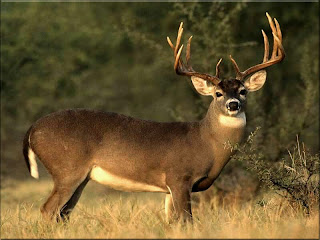 Haven't seen many of these alive lately, but have seen three dead ones on 118 and they were all in the same area I've seen the 5 live ones several months ago. I'd say with the dead ones by 118 that three people have really screwed up front ends on their vehicles! Anyone traveling down here now sure needs to keep an eye out for them. Its Mule Deer down here so that can do a lot more damage to a vehicle than their smaller cousins the White Tail Deer.

Besides the danger of hitting a deer down here you also now have a danger of getting pulled over by one of these. Its now confirmed that the DPS does have an office down here (although from what I hear a one man office) according to sources the trooper lives in Alpine and makes daily trips from there to the office down here and back. Right now there are several down here and once again according to sources there are two unmarked black cars with small light racks on top which would make them hard to spot as trooper cars. The trooper that my neighbor talked to said the reason there are so many down here is that they are having conferences to discuss handling the Chili Cook off. Now its well over a month until then so they may be even worse than in years past during the chili cook off. Seems last year that half the troopers in Texas were down here. Supposedly they are planning a new strategy to deal with people coming to the cook off and committing crimes. Hate to think what that strategy is??? I plan to stock up with everything I need and stay on the ranch the whole time and just before and after the cook off! Of course during the cook off the Sheriff's deputies will also be patrolling the area heavily. Don't know about the border patrol, but there are always lots of them and maybe they will be ramping up to?
Posted by tffnguy at 10:26 AM