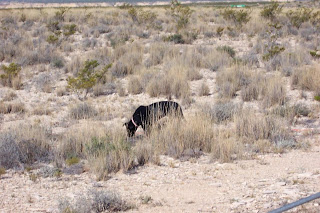 Pepper on her last hunt here. 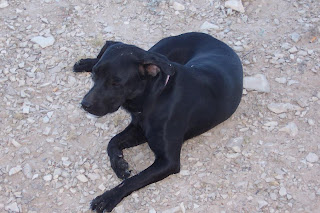 Taking it easy after the hunt. 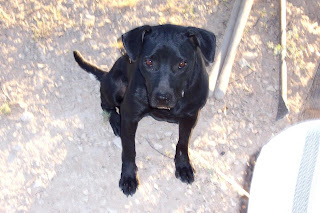 She looks sad! I wonder if she knows she is leaving? 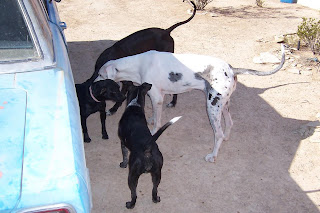 Wow! I'm surrounded! And there's another BIG guy over there to.
She is now at her new home and all was going well when I left. A lot of sniffing going on, but that was about all. Her and the smaller dog acted as if they were going to be good buds and the big dogs more or less ignored her once they got acquainted. There's a larger Dane not shown in the picture. Pepper also started exploring after that. Looks like she will fit in fine.
As  for me? Well yes I do miss her and was starting to rethink whether I wanted to take her over there or not last night. Had a long talk with her last night, but I don't think she listened so I decided it was best to take her to her new home. Now every time I walk out the door I expect to look around and seeing her trail along behind me. I'm sure I'll reach for a leash that isn't any longer here when I get ready to go somewhere. It'll take some getting used to for sure. I guess the feeling I had driving off was something like that of a parent dropping their preschooler off at kindergarten for the first time. I can go see her if I want to and will get updates on her from time to time to.
As for Abby's request all the toys and stuff she sent went with her over there.
Posted by tffnguy at 12:47 PM