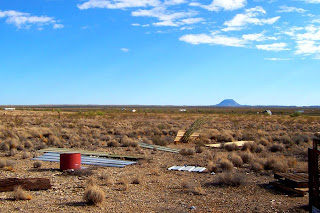 There was one HELL of a storm here last night about 2:00 AM. Its starting to look like 2:00 AM is the magic time for storms around here now days. This storm was really bad and worst part was that the super high wind was out of the west which put it broadsiding this trailer. I was almost tempted to head for the tank a couple of times and brave the flying sheets of metal flying around and heavy rain to do it.. The vents in here sounded like a jet engine going over heard several times. I felt drops of water hitting me so had to head for the vents and windows to close them and the trailer actually felt like it could go over several times. Note the scattered metal siding scattered around. Before it was neatly stacked, laying flat on the ground and had that  steel 55 gallon drum half sitting on top of it with some considerable chunks of wood in it. The wind just flipped it over and the siding took off. This storm reminded me of the one we had when the old pole barn vanished. 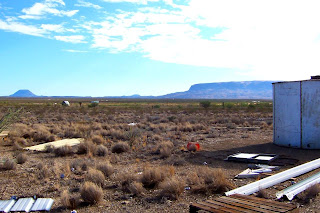 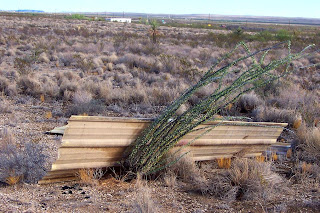 After I post this I'll be out rounding up all the siding and re-stacking it, but this time I'll be putting some heavy rocks all the way around it along with the drum that got dumped off of it. There's another 20% chance of storms today. Sure hope the Ocotilla didn't get much damage out of this. It was a little more than unnerving hearing the sheet metal flying around because it was actually singing as it sailed past the window in here. I'm sure glad there wasn't anything else in the path that could have gotten damaged. There was another .7 inches of rain in the gauge this morning so between night before last's rain and last night that makes a little over 1 inch. I'm real surprised because only one solar panel got flipped, but fortunately it wasn't damaged. From looking at the Ocotillo now it doesn't appear that the siding bent it over it looks like the wind tried to tip it out of the ground. 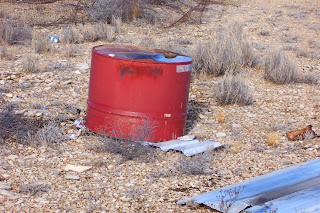 The drum that got flipped and the wood is under it. 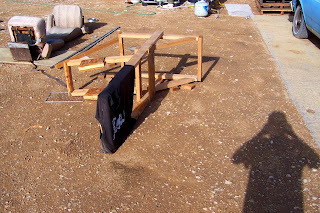 Got the solar cooker to.


Fridge
The old mini blower I put on the mini fridge took a dump and I'm not sure I'll do anymore with it now because it sucks too much solar power for the good it does. I guess I'll put the butter back in the freezer of the propane fridge and live without the mini fridge in here again. Its cooling down enough to where the propane fridge is starting to work half way decent so I'll live with that for now.
Blogger Sucks

Don't know if anyone else is having this trouble or not. Maybe its  just a Firefox/blogger problem or what, but before when you clicked on pictures to view them the pictures came up and could be further expanded. When you clicked the back button then you were taken back to the blog. Now they have the cheesy slide show come up when you click on a picture to view, they can't be enlarged and when you click the back button you are sent back to the history file that you were at before visiting the blog. This sucks and I really wish blogger would quit screwing around! The way I see it is IF something ain't broke don't fix it!
===
Posted by tffnguy at 11:09 AM