Got a call from Dave at the legion yesterday afternoon saying one of my other neighbors (Not Robert) wanted me to go to the legion for some beers (He was buying). I figured FREE beer! What the heck so I headed that way. Seems he had in mind to head south to find a couple of undisclosed females. (You may be able to guess which ones though)

Anyway... on the way south we ran in to some pretty heavy rain storms. Probably the same ones that filled up JW's Black Lagoon. It was raining so hard and the wind was almost blowing the rain horizontally that we couldn't see out the windshield even with the wipers on high. We had to pull over two different times and the second time there was some small hail mixed in with the rain. I did see one of the balls on the ground and it was maybe a quarter inch in diameter, but the others were so small about all you could do was here them hitting the pickup.(about sleet sized)

We got down south and went by the porch, but the two females we were looking far weren't there, Didn't find them at their place of residence or the La Kiva either, but ran in to a few friends at La Kiva so stayed for a couple of drinks there before heading home. When we got back here I glanced at the rain gage and somehow thought it said 7/8 inch, but checking it again while ago it was actually .45 inch of rain in it. Damn funnel shaped rain gauges!

It was totally cloudy most of the day yesterday so we were probably lucky to get about 1/4th of the solar the panels were capable of putting out, but fortunately I was able to get by without running the swampy much and didn't have to use it at all last night because it was nice and cool after the rain. Haven't checked the voltage of the batteries yet, but suspect they should be ok because of not using them much. Tomorrow is supposed to be clear and I think a couple of days after that so maybe the batteries will have a chance to get back to 100% charge? Cloudy is nice for everything except solar.  There's another 20% chance of rain for today so maybe more. Or maybe  the folks down south will get some. We only saw the light sprinkle at the La Kiva, but otherwise it looked dry as a bone in most areas down there.

BTW I learned from my neighbor that the La Kiva as it is now wasn't the original and that one was a small building near 170 at the entrance to the now much larger La Kiva. While there neighbor asked the bartender if smoking was allowed. He said cigarettes were, but not cigars. Needless to say neighbor wasn't too happy, but the bartender did say he could smoke his cigarette sized cigars out on the back patio. We went back there to have the first drink and it was a light sprinkle and really felt good.


FAST CARS
Just before noon I heard the sound of a high performance engine revving up on 118 just south of here. Before long a sheriff's pickup passed and then shortly after that another one stopped in front of the legion and a line of fast cars turned in to the legion just across from the Sheriff's pickup. I'd already seen several AC Cobras go by earlier. There were other type cars there and I thought about going to take pictures, but just didn't. Dave Secor called me from the legion and told me what was going on. It seems that someone else got the Sheriff's department to block off 118 and let them run full out. Fortunately Dave took the following pictures and sent them to me so here they are. 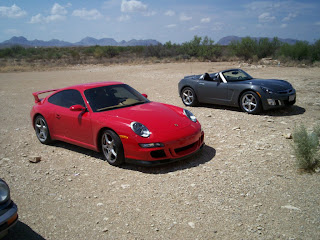 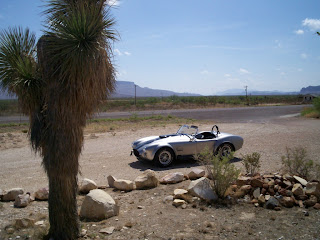 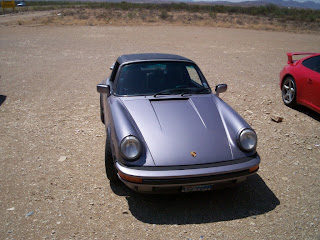 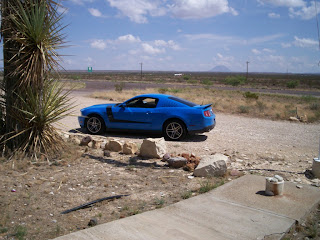 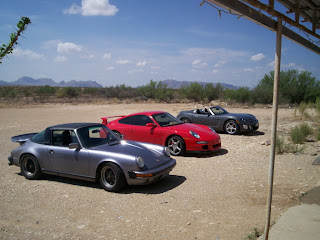 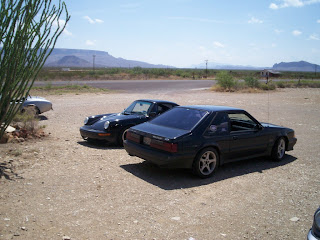 There were more cars there, but they were only there for a short time and took off before Dave could get pictures all of them.


Grub Shack
The second August Grub Shack Sunday afternoon dinner will be held today at the Grub Shack. (Sunday 5:00 PM Aug 14th) Its for donations only and proceeds will go toward the reopening of the GS. According to Jerry today's menu is Southern Fried Chicken, I think he said Potato salad and Cornbread. If I'm not mistaken I think he also mentioned ice cream made by them. Hopefully rain there will hold off until after its over.

I believe Frann and Denese will be there.
Posted by tffnguy at 9:45 AM