Are we becoming a Police State? 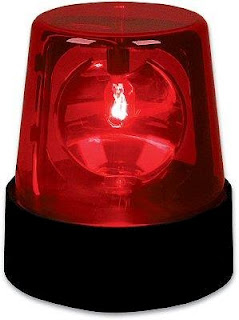 Now days it seems that the Border Patrol numbers have at least doubled down here. I've had two different incidents with them myself and have seen them pulling over a number of cars lately to. A while back I was driving from the legion to here on the ranch road in front of this place. I'd just pulled in the drive and was getting out of the car when a border patrol vehicle came speeding up and the driver slammed on the brakes and skidded to a stop blocking the driveway. He bounced out of the vehicle as I got completely out of the car. I gave him a What the hell look and he said "Oh I'm sorry sir. I just didn't recognize the vehicle." and then left.

A few days ago I was coming back from Study Butte and had just gone over the hill out side of there when a border patrol came flying up behind me and got real close to tailgating. He maintained his close distance behind me (I assume just long enough to get my license plate numbers) Then he fell back maybe a quarter mile and followed me for several miles. Again I assume long enough to check out my license plate number and then he turned around and went back toward Study Butte.

Yesterday evening while sitting on the east side of the trailer enjoying the shade and beautiful weather I heard the sound of a helicopter approaching from the south. You don't see a lot of those down here so I kept watching it. Next thing I know it is circling over head and then increased the path to an oval including here and the legion. This went on for maybe 10 minutes and then it moved away and a second helicopter came in and took its place doing the same thing. Shortly after that they started playing tag. One would move away and the other would move back in. This all went on for at least another 30 minutes.

Then I noticed that a sheriff's pickup going down 118 turned in to the legion followed shortly by a border patrol and then a Park Police vehicle. Shortly after that the two helicopters headed north and left the area.

Curiosity got the best of me so I went to the legion to see what was going on. By that time they had made an arrest of a customer there and I found out that the border patrol and park police are now backing up the local sheriff's department. That is TWO federal law enforcement agencies now getting involved in what in my opinion should remain a local or at least local/state.

I think its always been understood by the sheriff's department that if they got in a scrape that there are plenty of well armed citizens down here that would back them up if needed. The deputies have always been good people and pretty easy to get along with. I hope that doesn't change. At the rate things are going you might be better off staying in the Big City.
Posted by tffnguy at 11:01 AM