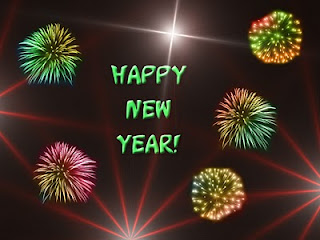 Yep... Its a little early, BUT there is a New Year's Eve Party planned here. I lost all of my contact email addresses in the hard drive crash so this is about the only way I have to get in touch (hopefully) with those that I had the email addresses to.

I think this will be another joint effort between JustMe and myself again, but I may find out its all going to fall on me. She did say she was in though. ;) Now the way this is planned for now is its to be a late Pot Luck lunch (Starting about 3:00 PM) on New Years Eve. It will also be a BYOB event so its requested for those who show bring some sort of prepared dish of food or maybe bring something prepared in a store. If you can't do that then I don't think you will get shot or anything like that though. BYOB means bring your own Beer or Booze in this case or you probably won't be drinking.

Disclaimer
You must be 21 years of age or older to participate. No children are invited. Sorry adults only.
Who's Invited?
Anyone that was at the brunch, My blog followers who happen to be down here at that time and some of the locals around here. So far the people that I have been able to contact and who have gotten back in touch with me (as far as Blog Followers) are:
Abby & Hopefully Jim
Frann
JustMe
Myself
~mc~ (Hopefully)
the Desert Rose
Bigfoot
Littlefoot
James Jackson (Probably)
Nick Cooper (Maybe)
I hear that the desert rose will be down at that time, but I don't have her email address to invite her so if you read this you are invited and I'd ask that you all do an RSVP to tffnguy AT gmail.com.
A number of local locals have been invited and plan to come so at this time I know of at least 20 people that plan to be here. If you want to come don't be shy and email me. You are welcome to BYOT "Bring Your Own Tent" if you want to stay over and it will hopefully be setup where there won't be any drunks from here running up and down the highway. Space will be provided as best it can be.
Entertainment will be from my Zune and stereo speakers. I have a very wide selection of music and we'll play a game I came up with when my grand-niece was here called Kill it or Keep it. The way this works is if enough people don't like a song then it gets dumped and goes on to the next one. There should be more than enough songs so that you won't hear the same ones more than once.
Hopefully it will be a lot of fun for all. I'll update the list of people as I get notifications.
Posted by tffnguy at 3:01 PM