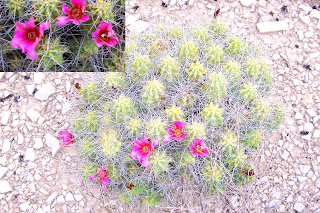 Only seen one of the strawberry cactus blooming so far and that's right on the other side of the road and on my property. There are plenty more down here, but for some reason that's the only one blooming. I should have some fruit before too long if the birds and rodents don't get them before I do. 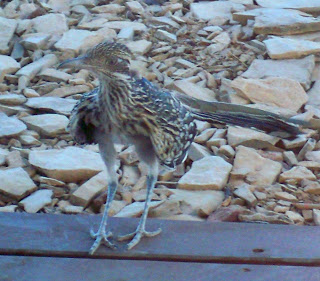 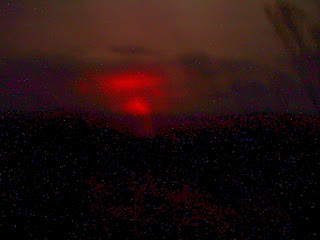 He sent me an email last night saying to look to the southeast at the fire. I'd already turned off the computer and missed the message and seeing the fire. There were storms all around, but not here and its assumed this fire was started by lightning since it was on Burro Mesa in the park. That's fifty miles from here and where Robert took the picture from. It was late so the picture didn't come out too good. According to an EMS person at BBMI they decided to let it burn because there was no way to get to it by vehicle. 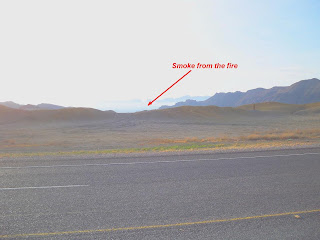 Smoke from the fire just south of Bee Mountain in Study Butte. 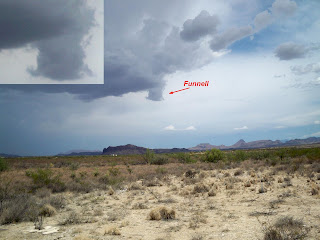 What appears to be a funnel cloud taken during surrounding storms here. My neighbor saw it and took the picture and I saw it and failed to get one. It seems to be rotating as it dropped, but never made it to the ground.